Callaway is in for another rivalry game against Heard County 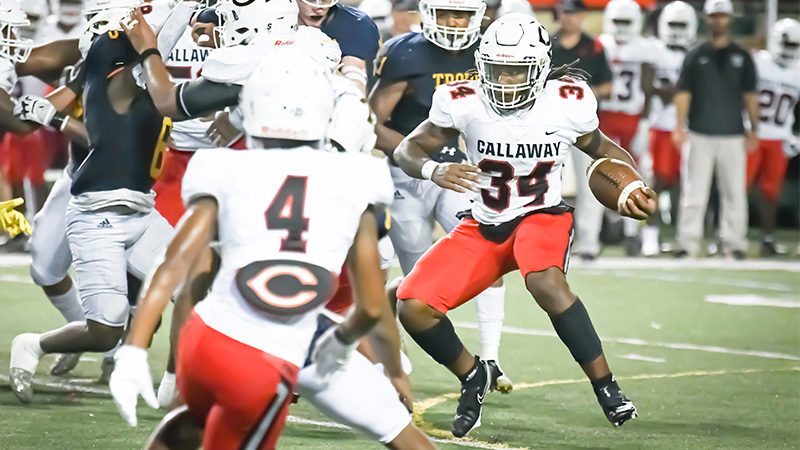 Callaway is looking to get back on track when they play rival Heard County at Callaway Stadium on Friday. The Cavaliers have started the season 0-3 for the first time since 2005 but have a chance to grab some momentum against Heard on Friday as they head into region play.

The Cavaliers have challenged themselves like few AA teams do as they scheduled 7A Opelika, 4A Cedartown and 4A Troup in the first three weeks.

There were plenty of positives to take from week one as the Cavaliers lost on a late two-point conversion. Starting quarterback DeShun Coleman established some rhythm with sophomore Bryceton Sanders, who could very well break out over the next few games for Callaway. Jordan King and Quay Whitfield ran the ball hard and continued to prove to be the heartbeat of the Cavaliers offense.

All this got derailed in week two as the Cavaliers faced one of the top teams in the state in Cedartown.

The Cavaliers bounced back last week despite taking a 23-14 loss to Troup.

“We turned the ball over and didn’t play well on special teams,” Wiggins said. “Our effort was solid, and I felt like we were physical.”

The Cavaliers flexed their physicality as the run game kept the Cavaliers in it. Callaway kept it a one score game until Troup put the game tio bed with under six minutes to play in the fourth quarter.

It was a tough loss, but Wiggins thinks his team is made of the right stuff to get the Cavaliers back to winning ways.

“We want to see the fruits of our labors,” Wiggins said. “Our kids have worked hard all year long, and I believe we have a good football team.”

The Cavaliers will be locking horns with a quality opponent in Heard County. The Braves dropped down to A after being in the same AA region with Callaway last season. The Braves lost a tight game against Bremen week one before blowing out Midtown in week three to start the season 1-1. The Braves have already had an early bye as the team did not play in week two.

“The two teams know one another and the schools are not far apart,” Wiggins said. “That can be difficult, but it’s a challenge that we look forward to.”

Callaway has won the last three meetings between the two teams, including a hard fought 24-21 victory last season.

The Cavaliers will play the Braves at Callaway Stadium on Friday at 7:30 p.m.