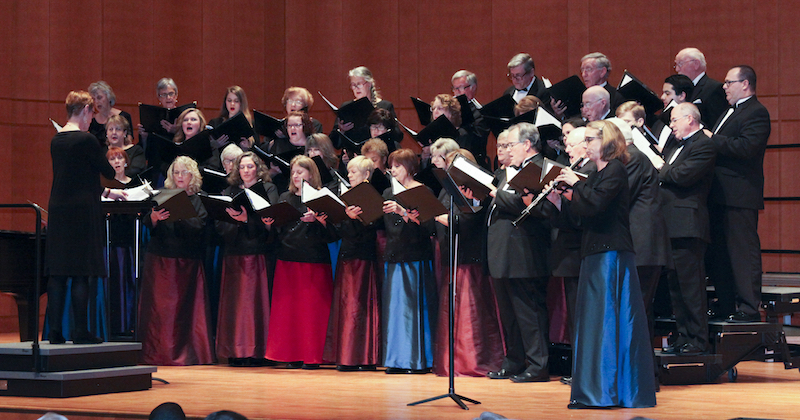 The Choral Society of West Georgia is preparing to kick off its concert season, starting with one final concert from longtime music director Betty Biggs.

In January, assistant director Andrew Harry will take over.

“This concert will be a very special concert on many levels,” Biggs said. “I will remain artistic director, but my accompanist and assistant director Andrew Harry, who has been with us for years now, will step in and become the musical director.”

Before the concert season, there’s a lot to be organized.On Thursday evening at 6:30 p.m. the Choral Society of West Georgia will hold its first rehearsal of the 2022 fall season. Before the rehearsal, at 5:45 p.m., a reception will be held at the St. Mark’s Episcopal Church to allow interested singers to gather and register.

Biggs said that she feels very good and knows that Harry will take good care of the organization.

“This is just not a type of concert where we just stand up and sing on risers. The choir comes in, they’re seated and then beautiful spoken reflections are read,” Biggs said. “After the reflections, different types of musical selections that complement that specific collection are sung.”

Biggs said this concert, which is designed in three parts, will be a like a homecoming for her and those involved.

“It has a sacred part, a secular part and the third part of the program is always tribute to the patriotic spirit of America,” she said.

“This Thanksgiving concert is a unique American holiday and the music that is selected, for the most part, is written by American composers and celebrates us as a people.”

According to Biggs, in the past 18 years she’s done the concert, she has always had invited someone from the community who has contributed on some level to the betterment of the LaGrange’s community. Speakers in the past have included Mayor Jim Thornton, Dr. Richard Ingram from LaGrange Internal Medicine, TCSS Board Chairwoman Cathy Hunt and Carol Kane.

The theme of this year’s concert will be “We Gather Together: A Choral Celebration of the Past the Present and the Future” and will be based off poetry written by American poet Robert Frost. Among featured guests the concert will include the First Baptist Bell Choir.

“It will be quite a unique experience for the singers and for the audience,” Biggs said.

For more information on the Choral Society of West Georgia, visit https://choralsocietyofwestgeorgia.org.