‘Ever since I was a little kid, I dreamed of playing big time SEC football’: Former Cavalier Tate Johnson is relishing his chance to be a starter at Auburn 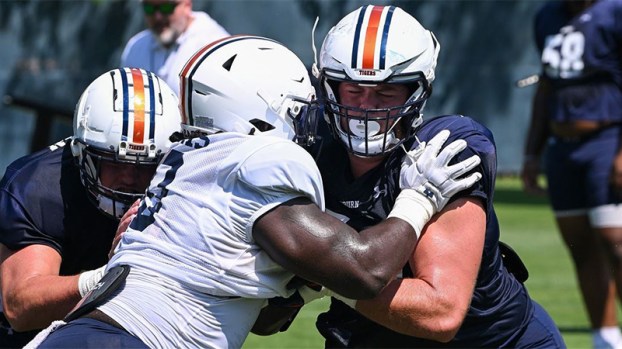 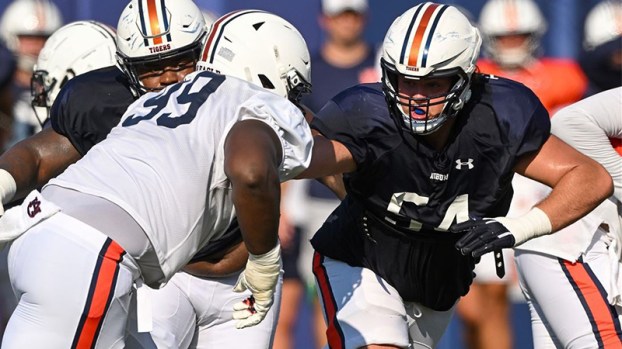 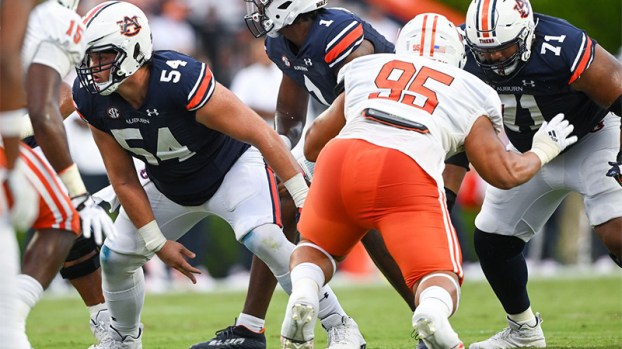 Starting center. That is the role that former Callaway football star Tate Johnson finds himself playing at Auburn University.

“It means the world to me,” Johnson said. “Ever since I was a little kid, I dreamed of playing big time SEC football.”

Johnson is no longer a kid, but his dream persisted over the years. Now, he has the opportunity to start at an SEC program. Johnson played a handful of snaps his freshman year and received no game time last season. This season is different and last Saturday against Mercer, Johnson got to soak it all in.

“Jordan-Hare stadium is one of the best in college football so to be in that environment and that atmosphere for my first college start was a dream come true,” Johnson said.

The dream does not come true without hard work and perseverance.

“I’ve had Auburn coaches brag on him in terms of [Johnson’s] commitment to getting better,” Callaway coach Pete Wiggins said.

The Callaway connection remains strong with Johnson. His time at the high school shaped him into a football player and man worthy of being a starter at Auburn.

“Wiggins and his coaching staff do everything they can to put players in the best position to play high school football and go beyond that,” Johnson said. “I love that coaching staff and I love coach Wiggins to death.”

Johnson had a monumental impact on the football program at Callaway as he helped lead them to back-to-back semi-final appearances in the AA state playoffs in 2019 and 2020. Johnson also earned GSWA first-team Class AA all-state during his time at Callaway.

“They will tell you like it is (at Callaway),” Johnson said. “They don’t sugarcoat it.”

Johnson’s Callaway connections are even stronger than they might have been as two former Cavaliers – Tank Bigsby and Keiondre Jones – play alongside him on the Tigers offense.

“That speaks volumes to what kind of program coach Wiggins is running,” Johnson said.

All three got to play at Callaway together despite not being from the same graduating class. Jones and Johnson’s relationship is so special because they line up right next to each other on every play – Jones is the team’s starting right guard.

“I’ve played with KJ since I was in fourth grade,” Johnson said. “We’ve played a lot of ball together, so it makes it comfortable for me. We know each other’s tendencies.”

Adding another layer to the comfortability is the fact that Johnson gets to block for one of the best running backs in the country in fellow Cavalier Bigsby. Johnson and Bigsby are both in their third seasons at Auburn and have been on the same teams together for years.

All three represented Callaway well when they walked the high school halls and continued to do so once they got to Auburn. Johnson is a consummate professional who has made the SEC All-Academic team in his first two seasons at Auburn. He plans to get his degree in finance.

“Football doesn’t last forever,” Johnson said. “Even for the guys who make it to the league, those careers don’t last long. Getting a good degree from this school is very important to me.”

His football journey will conclude one day, but today is not that day. Johnson has elevated his play every year to earn a starting spot at Auburn.

Johnson will be back on the field for the Tigers on Saturday against San Jose State at 7 p.m. at Jordan-Hare Stadium in Auburn. The game will be broadcast on ESPNU.