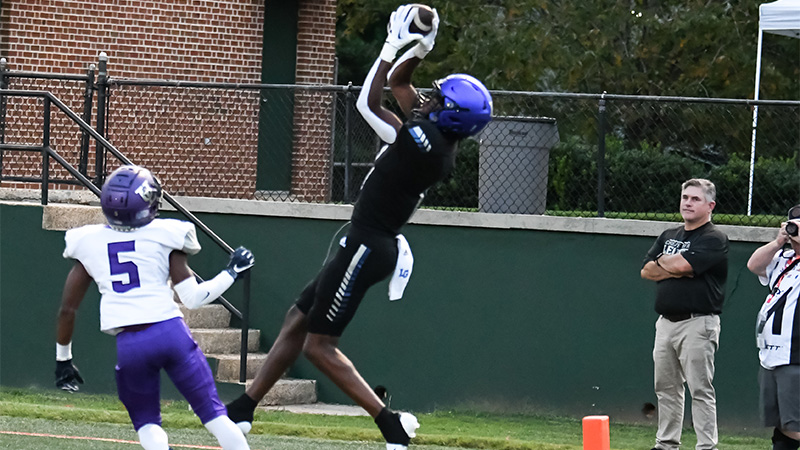 LaGrange made it look easy Thursday night against Upson Lee in a 42-14 victory that was decided well before halftime.

“They wanted to be physical and run the ball right at us, which forced us to play big boy football,” LaGrange coach Matt Napier said.

Jonathon Keys ran for two first half touchdowns — one from 25 yards and one from 3 — to help the Grangers take a 42-7 halftime advantage.
“When the opportunity comes you have to take advantage of it,” Napier said. “Malachi (Fannin-Render) took those hard runs and their attention was on him which allowed us to do some other things.”

Jaylan Brown connected with Magic Johnson, Jaylon Jones and J’Arthur Dunn on first half passing touchdowns. Johnson’s touchdown opened the scoring, as he was wide open on a 53-yard streak down the center of the field to make it 7-0.

“[Magic Johnson] is a leader for us,” Napier said. “He’s not the loudest guy, but he is so focused and into the game. He’s a top competitor.”

Jones had to work a little harder for his touchdown, as he went up above an Upson-Lee defender in the corner of the end zone on a 25-yard reception. That one made it 35-0. Dunn caught a 10 yard pass on third down to make it 42-7 with 40 seconds left in the first half.

Upson-Lee actually fumbled on the ensuing possession, giving LHS the ball at the 8 yard line, but the Grangers chose to run the clock out instead of potentially adding another score.

In-between all the passing scores, Fannin-Render continued his amazing start to the season. On the first play after an earlier Upson Lee fumble, Fannin Render ran it in from 30 yards out, outrunning the defense to the end zone.

The second half did not feature much action as a running clock speeding up proceedings. The Grangers inserted some backups to get some valuable playing time.

“A bunch of those guys work their tails off on the scout team every week, and they deserve to get in in these sort of situations,” Napier said. “I’m proud of them. It’s easy to be the super star and show up everyday, but it’s not easy being the guy who shows up with his lunch pail and doesn’t get the spotlight.”

LaGrange improved to 3-0 on the season and has won its opening three games under Napier for the second straight year. LaGrange will have a tough test against region foe Starr’s Mill next Friday at Callaway Stadium.