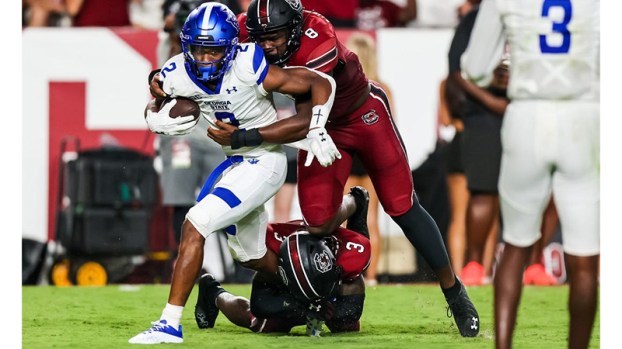 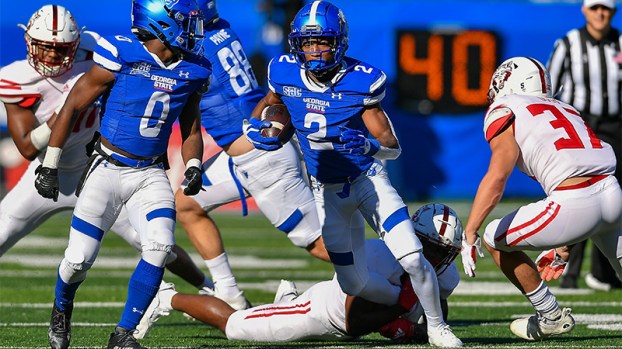 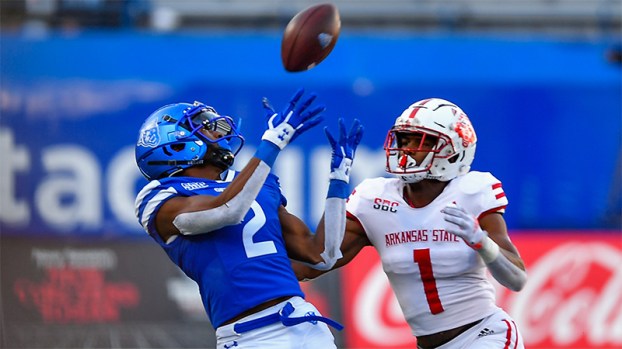 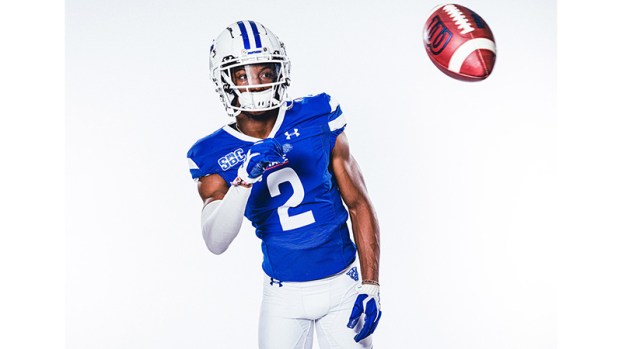 The leading receiver from last year’s Georgia State team was none other than former Troup Tiger Jamari Thrash. If this season goes anything like week one, Thrash will be duplicating his 2021 success in 2022.

“I want to be even more consistent,” Thrash said. “One of my main goals this year is to have less than seven drops.”

“It was a great experience,” Thrash said. “They have a great fan base and student section. Just to be in the environment was fun.”

Thrash has been working on his ability to catch the football. He believes he is in for his best season yet as a Panther. One of the other major reasons for his confidence is the relationship he has built up with starting quarterback Darren Grainger. The duo are in their second season together as starters.

“We have a good [relationship],” Thrash said. “We have to make sure we are always on the same page.”

Thrash’s confidence has spilled over into his fellow wide receivers. Thrash has taken on more of a leadership role this season as he mentors what is mostly a youthful wide receiving core.

“With Sam (Pinckney) and (Cornelius) McCoy gone, I’ve had to step into a leadership role,” Thrash said. “I’m not really a talker, but I try to lead by example. I’ve been getting more vocal and I’m willing to answer whatever question they might have.”

Long before he was a leader for the Panthers, Thrash helped Troup make a semifinals appearance in the AAAA state playoffs. Thrash earned first-team all-state honors in Class AAAA from both the Atlanta Journal-Constitution and Georgia Sportswriters Association, as well as being a three-time all-region player.

“It was a lot of fun,” Thrash said. “One thing about coach G(lisson) is that he knows how to have fun. He also knows how to get his players to rally behind him.”

Thrash is now focused on how he can improve his current team. After finishing second to Appalachian State in group A of the Sun Belt Conference in 2021, Thrash believes this Panther team has what it takes to get over the hump and win the first conference title since the program was founded in 2010.

“Winning the Sun Belt Conference is our no. 1 goal,” Thrash said. “We have to be more consistent and play our game. We can’t let distractions get to us and we have to finish games.”

Thrash has been a part of the Panthers teams over the last three seasons that have seen the Panthers play in three straight bowl games, including a 51-20 victory over Ball State in the Camellia Bowl last season.

The Panthers only made two bowl games in their first nine years of existence, but the recruitment of players like Thrash has changed the fortunes for a program just reaching its adolescent stage.

“I have seen it grow since my freshman year,” Thrash said. “We are doing a lot more with the media and the recruits have started to come around more. Just seeing the program grow from my freshman year to now has been a lot. We’ve gotten a lot better.”

The program and the college are still growing. The school is not the only thing that is growing in Pantherland, as Thrash is still working to perfect his craft. He will get another chance to shine on a big stage this Saturday as Georgia State hosts the University of North Carolina for a noon kickoff on ESPNU. This will likely be the biggest home game of the season for the Panthers as UNC is the only power 5 team on the docket for Georgia State the rest of the season.

“I want to win,” Thrash said. “I also want our offense to put up as many points on the board as we can. We just have to treat it like any other game. I try to treat every game the same.”