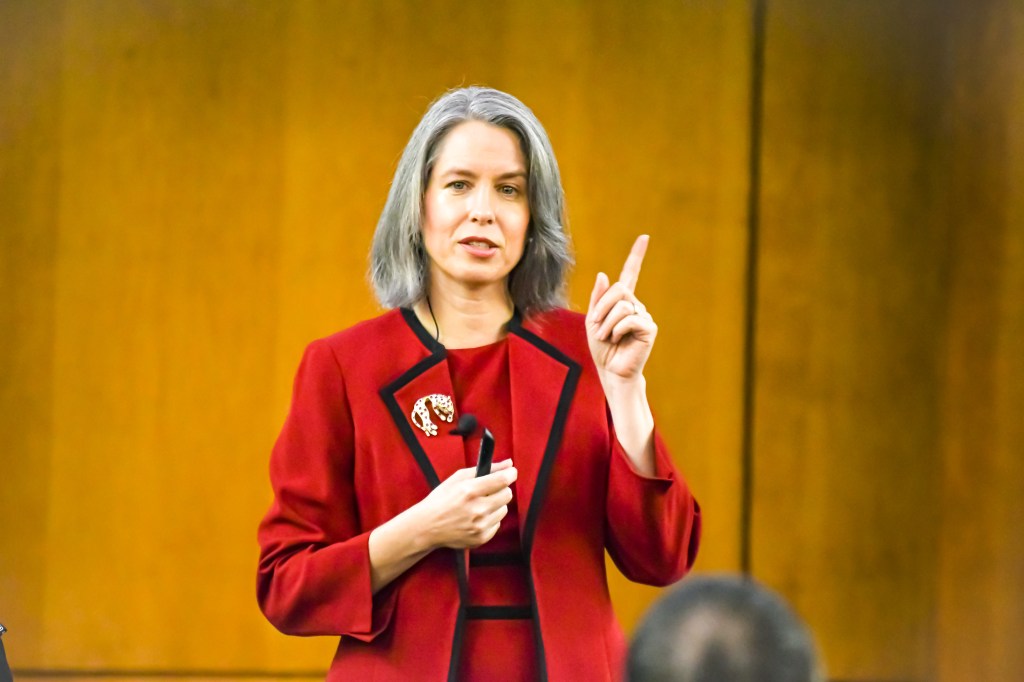 It’s been over two years since Susanna Baxter was named president of LaGrange College.

Upon arrival, she had to help the college confront a life-altering pandemic, but now she’s helping guide it through to the other side.

On Thursday, she gave the State of the College address in front of college leadership and community supporters, highlighting many of the positive initiatives either underway or on the horizon. It was the first in-person state of the college address that Baxter had delivered, as her previous were private, virtual speeches.

“We’re up 75% over last year [in incoming freshmen] … We got to 75% because the board and the staff at this college and family work enormously hard to change every facet of how we recruit the students,” Baxter said. “There’s hardly a thing the same as when it was two years ago or a year ago.”

Baxter said the college has a student population of around 678, mostly due to low student enrollment during the height of the COVID-19 pandemic.

Baxter also talked about how the college has replaced 13 roofs this summer, thanks to a storm that caused some issues, as well as other renovations that were completed around campus.

She also talked about the college’s five-year strategic plan, which was approved in April.

“This plan builds upon our mission, which is rooted in our Wesleyan heritage, and our liberal arts tradition,” Baxter said. “And it leads to our vision, which is the transformation of our students’ lives.”

“When they ring [that bell], they think it’s all about them, and I let them think that,” Baxter said with a smile.

“But what I know is it’s about everybody in this room. Because you give your time and your resources to this institution. So thank you for your continued love and support.”