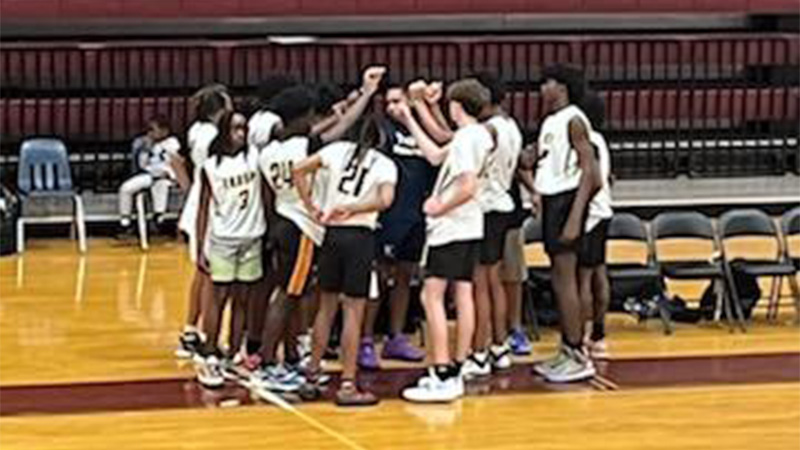 The Troup boys basketball team took another step forward Saturday under the stewardship of first year head coach Jairo Gay. The Tigers are taking part in a fall league to prepare for their season that tips off later in this year.

On Saturday, Troup battled it out with two new region rivals in Whitewater and Starr’s Mill. The Tigers took a tight six point loss in the first game against Whitewater.

The second game was a different story as the Tigers showed some grit and grind and clawed their way back from an early deficit to defeat Starr’s Mill 44-41. Deo’Vion “Bop” Tucker hit four clutch free throws down the stretch in the final 30 seconds of the game. He also showed his defensive prowess by getting a crucial steal in the waning moments of the game.

“We also had stellar games from Jalen Brown and Kentaveion Moreland,” Gay said.

Brown had 13 points with three three-pointers to help lead the charge. Moreland dominated the interior en route to 12 points.

“All in all, I’m seeing a lot of growth and chemistry in my team,” Gay said.