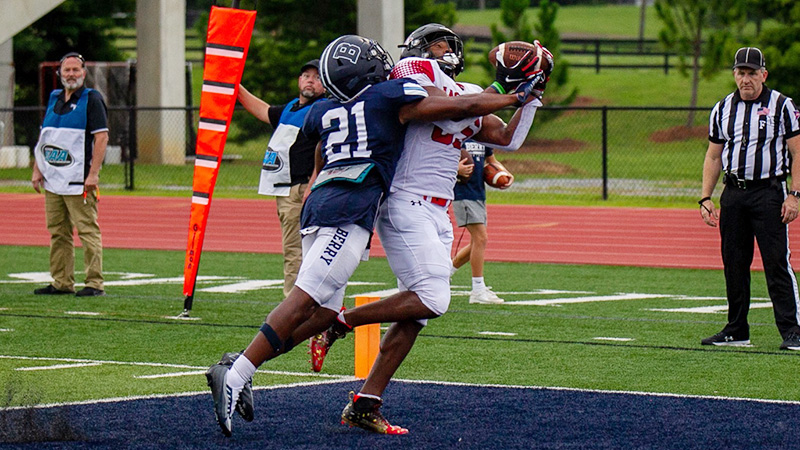 The LaGrange Panthers embarked on the 2022 season against Berry College and suffered a tough loss, 56-10. The team’s original opener against Middle Georgia scheduled for last weekend was canceled due to problems within its football program.

The rest of the contest was a much different story, however. Berry outscored the Panthers 21-7 in the second quarter, outgaining the Panthers 140-88 through a balanced attack, with 70 yards on the ground and in the air, giving the Vikings a 21-10 lead at halftime.

In the second half, the Panthers drove the ball to the Berry 31 on a 15-play drive that lasted almost seven minutes. Near the end of the drive, 5th year starting quarterback Shedrick Linsey was injured on a pass and replaced by backup Rashod Brockington. Rivera missed a 48-yard field goal to finish the drive.

On the very next play, Berry QB Gavin Gray found WR Khamari Smith for a 69-yard touchdown to make the score 28-10 Vikings—and they never looked back.

The Vikings outscored the Panthers 28-0 the rest of the game and kept Brockington and the Panthers at bay. By the game’s end, LC was outgained 540-309 and gave up 345 yards through the air.

On a more positive note, preseason All-American De’Queze Fryer picked up right where he left off from his 2021 record campaign, catching five balls for 65 yards and a touchdown.

The Panthers have their home opener next week against Ferrum and will be looking for win No. 1.