Troup defeats Starr’s Mill to get back on track 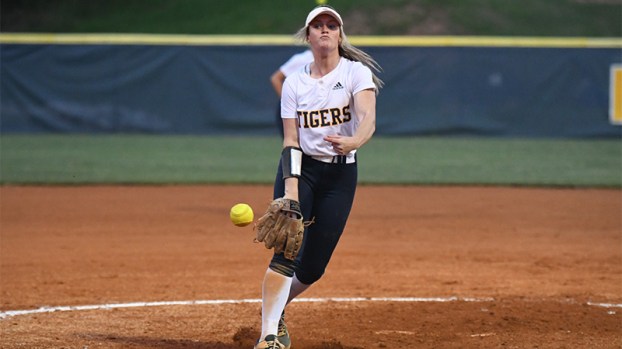 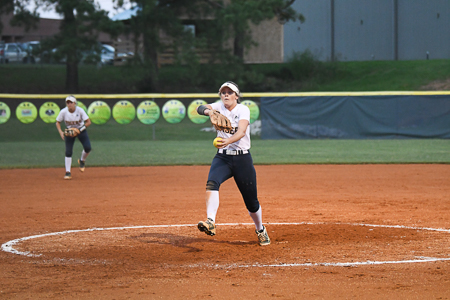 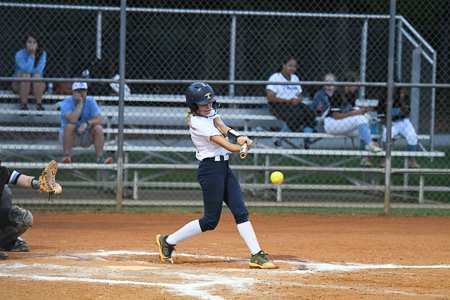 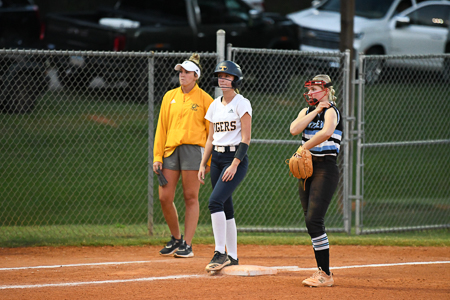 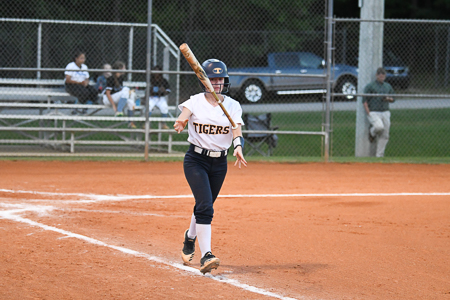 It was back to winning ways for the Troup softball on Tuesday as they waltzed to an 11-1 win over region foe Starr’s Mill on Tuesday. The Tigers were able to wash the sting of defeat out of their mouth after last Friday’s defeat to crosstown rival LaGrange as well as welcome coach Ryan Simpson back to the dugout who missed the previous game because of illness.

“It was good to be back,” Simpson said. “I told them they had to respond tonight.”

Simpson rang the bell upon her return and the Tigers answered the call.

The Tigers jumped out to a quick 2-0 lead in the bottom of the first inning when senior Maggie McDonald hit an RBI single followed by Madeira Sirmons forcing an error to reach base and drive in the second run.

It only got better from there with the Tigers adding on six runs in the second inning. It all started with Chloe Lietchy scoring on a passed ball before a Sheniyah Philpot RBI single made it 4-0. Philpot has been a freshman phenom for the Tigers and is now hitting .516 with nine RBIs after going 2-for-4 with an RBI on Monday.

“She is awesome,” Simpson said. “I wanted her last year when she was an eighth grader, but she couldn’t play for me. She was pumped to be able to step up to the plate this year. I can’t ask for any more from her right now.”

McDonald reached on an error to drive in the fifth run before scoring the sixth run later in the inning on a passed ball. Lietchy hit an RBI single to round out the scoring in the inning.

The Tigers scored a run in the third inning on a passed ball and added to their lead with two runs in the bottom of the fourth.

Starr’s Mill got a consolation run in the top of the fifth inning, but the game ended after that frame.

Anna Grace Keller got the start on the mound and was electric in her four innings of duty. She only allowed two hits on seven strikeouts.

“She’s a big help for us this year. She transferred in from Flint River this year,” Simpson said. “This is the first game in [over a month] that she threw almost an entire ball game on the varsity level. I couldn’t have asked anymore from her. She did well.”

Keller also helped her cause on offense, going 1-for-3 with a run scored.

Faith Horton came in and relieved her for the final inning of the game. She allowed one hit, and no earned runs.

Haley Cotton and Liechty were both 2-for-2 with runs scored to generate some offense at the bottom of the order. Lietchy added an RBI to boot.

Troup improved to 9-4 and 5-2 in the region. The Tigers are third in region 4-AAAA and could move up to second with a win over crosstown rivals LaGrange on Thursday.

“We have to keep hitting the ball well in timely situations,” Simpson said. “They did that very well tonight and if we can play defense like I know we can, it will be a good game on Thursday.”