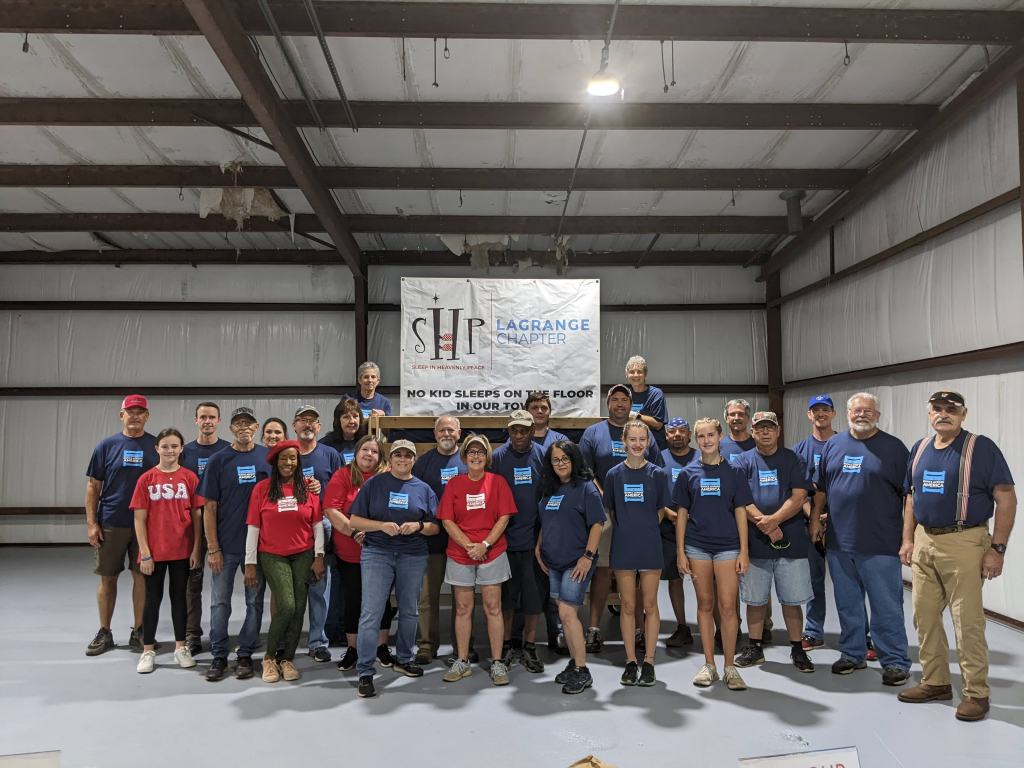 The event is held each year by Sleep in Heavenly Peace (SHP), which helps provide beds for children in need. The nonprofit organization builds and delivers beds to children who don’t have beds to sleep in every night.

The National Build Day was a coordinated effort to build more than 8,000 bunkbeds for kids across 200-plus SLP chapters in the United States and Canada.

Sleep in Heavenly Peace is a nonprofit organization started in 2012  with the motto, “No kid sleeps on the floor in our town.”

LaGrange SHP Chapter President Greg Watts said about 150 volunteers joined together to build 80 bunkbeds during the local event on Saturday.

The LaGrange chapter of SLP relies entirely on volunteers, so seeing so many people come out on Saturday was huge, said Watts.

Lots of different groups participated in the national build.

“We had we had kids from the LaGrange College, kids from LaGrange High School, we had Advent Lutheran, we had Loyd Presbyterian, we had First Baptist out of Hogansville, among others,” Watts said. “We had a bunch of different groups, including the police department. Chief Dekmar was there.”

“For us, the involvement of the community is such a big thing. Having that many people from different groups is just huge,” Watts said. “We appreciate everybody that comes out and serves, puts their hands on it and makes things happen.”

For those with children in need of one of the 80 bunkbeds, applications are available at https://shpbeds.org/chapter/ga-la-grange/.