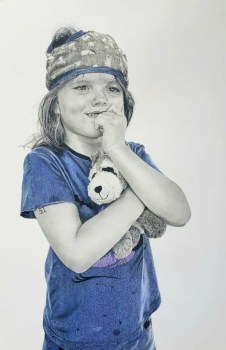 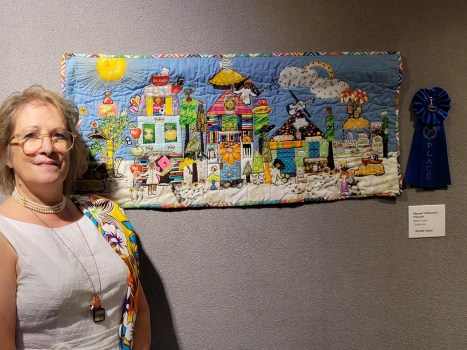 According to Laura Jennings, executive director of the LaGrange Art Museum, the opening reception was a success and over 300 people attended.

Most of the work seen at the exhibition is currently available for purchase with a percentage of the proceeds going to support the educational work of the museum.

According to Jennings, there were so many people at the opening that it was hard for potential buyers of art to really consider what pieces to buy. Several buyers are in talks to return this week to take a look when the exhibition is expected to be less crowded.

Some of the top winners in the VAAL exhibition were Sarah Swanson, Maryse Vaillancourt-Prescott, Elaine Clements and Sean Burnley.

For the second year in a row, Hogansville artist Swanson won “Best in Show.” This is Swanson’s fourth win in “Best of Show” overall. Swanson, who owns The Suffering Artist Gallery, submitted a graphite and colored pencil piece entitled “Divergent 4,” a portrait of her daughter.

“Judging is very subjective, and it gets a lot of talented people who participate in it,” Swanson said. “There are great artists that I am honored to say I have worked alongside.”

“I am excited and so thrilled that textile is coming to Georgia as an appreciated art,” Vaillancourt-Prescott said. “I’m looking forward to teaching our community the joys of textile arts. Whether its sewing at the new library, small home school groups or community centers, I’m ready to grow here.”

In first place for Painting was Sean Burnley’s oil painting “The Bookmark.” Burnley is a painter from Opelika, Alabama.

“This is the first time I’ve won anything at this show so I’m super stoked about that,” Burnley said. “I’m really honored that the judge chose my work and happy to be able to be involved in such an active art group, such as the VAAL group.”

Elaine Clements won in Paper Art for her photograph titled “Spirits of the Boiling Pot.”

Clements was originally from New Orleans before she moved to Georgia and joined VAAL.

“To place among all of that talent was really a surprise and an honor,” Clements said.

“The artists of VAAL pour all their talent into this favorite annual exhibit. We are so fortunate to have the support of LAM and the LaGrange community. If anyone has interest in joining this group of beginner, emerging and professional artists, please contact me at jydemery@gmail.com,” said VAAL president Jennifer Emery.