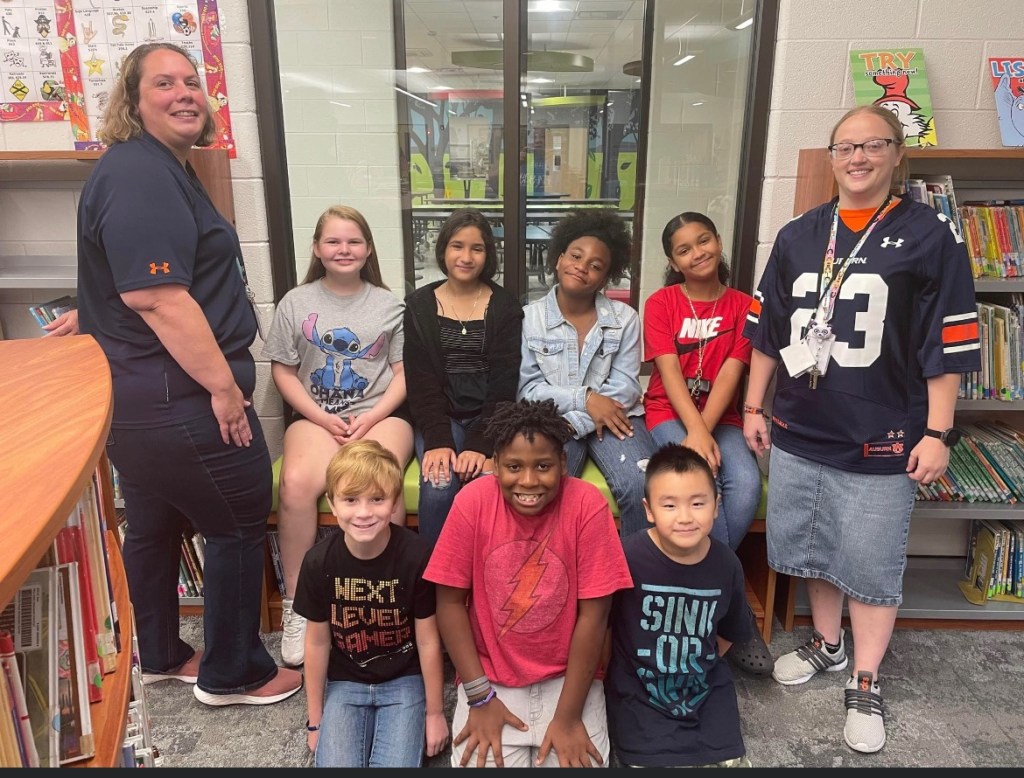 Recently, Clearview Elementary unveiled their Greenpower Racing team named Wolfpack Racing. According to head coach Stephanie Simmons, the team got its engine in gear when she approached Principal Shannah Mabry with the prospect of adding a Greenpower team.  Mabry was on board, allowing Simmons to get in touch with Matthew Graham, the Greenpower coordinator for TCSS.

Simmons, who is a STEM teacher at Clearview, said Graham provided the team with everything they need to get started, including materials, information on donations and how schools in TCSS can get a goblin car.

According to Graham, the Wolfpack team already has a couple of sponsors and has currently raised $450.

“They’re hoping to be able to fundraise enough to get a trailer. Teams don’t have to have a trailer to have a Greenpower team, especially at the elementary level. A lot of teams just haul the car in the back of a big SUV or truck,” Graham said.

According to Simmons, both the students and their teachers had to fill out the application toe ensure selected would be dedicated. The students had to answer a couple of questions on how they would look at building the car and the opportunity Greenpower provided.

“We had our first meeting where the kids actually unpacked the car and got to see all the different parts and do inventory on everything that we have,” she said.

Greenpower is a STEM program that allows students the opportunity to participate in a hands-on approach to engineering and project management. Participants of the Greenpower program design, build and race student-driven electric race cars.

Simmons said she ties in the engineering part of Greenpower with all the mathematics, science and technology taught in the classroom.

“It’s all standards based and matches with the Georgia Standards of Excellence,” Simmons said. “The Greenpower team will learn electricity because of the battery operating the car, engineering because they’ll have to build the car, and so forth. Through our fourth and fifth grade, I will try to incorporate what we do in the classroom with what we will do using and building the car.”

Simmons said the car the students will be building is a goblin car, which is smaller than the formula 24 cars middle schools use. The tires are smaller and looks closer to a soapbox car.

“They can’t wait to race,” Simmons said. “We are signed up to do four races, two here in LaGrange and two that will be in Columbus. I told the students that if they felt like we were ready, and if they wanted to do more races, we could. I think there’s about eight or nine total races for the season.”

According to Simmons, some additional races the crew could participate in are in Huntsville, Alabama; Hazel Green, Alabama; and Decatur.

“Of course, it would require driving further and since this is our first year, we only signed up for races that are local that we can get to easily,” Simmons said. “If the kids feel confident in their car, and they want to sign up for more races, then that’s what we’re will do.”

On the crew of eight, there are three that want to be the driver, she said.

“If I have three drivers that can accurately drive, they’ll practice here before we go to the race, then I’ll probably have a driver for each race, just to give them each experience,” Simmons said. “As of right now, we have not picked our driver just yet. The team is all anxious to find out who that might be.”

Simmons said the Clearview Greenpower team has about four and a half weeks to get their car completely put together before the first race on Oct. 15 at Lone Cane Middle School. The team plans to meet every Tuesday and Thursday until the car is built.

“This team is a big diverse group, which is really cool,” Graham said. “Parent and administrative support seems strong. So it’s going to be exciting to watch this group. I think they’re going to be ones to watch this year.”