‘It’s like playing in the SEC’: Troup, LHS in middle of rugged region 4-AAAA 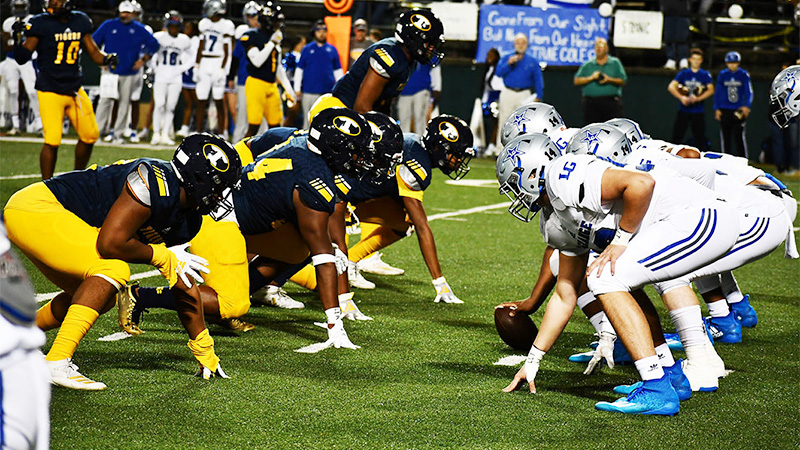 Region 4-AAAA is an onslaught of elite teams battling it out for four playoff positions. Five teams rank in the top 11 teams in AAAA football, according to Georgia High School Football rankings. LaGrange, Starr’s Mill, Trinity Christian, Troup and Whitewater – are ranked in the top 11 while two more – Riverdale and Fayette County – were in the playoff last season in their respective classifications.

“We thought dropping down to AAAA (from AAAAA) would help us out across all sports in terms of making deep runs in the playoffs. Then, I saw our region, and I thought it got a lot harder just to get the postseason,” Whitewater coach Chad Frazier said. “You look at the coaches, the programs and the athletes across the region, and you realize it’s going to be a big challenge.”

The competitive nature of the region will be on full display over the coming weeks. Whitewater is fifth, Starr’s Mill is sixth, Troup is seventh, LaGrange is 10th and Trinity Christian is tied for 11th in the week four GHSF Daily composite rankings. Todd Holcomb of the AJC and Georgia High School Football Daily says it is the only region so far this season that has had four teams ranked in the top ten (GHSF Daily/AJC poll). It also occurred in week one and two when Troup, Whitewater, Starr’s Mill and Trinity Christian were all ranked in the top 10 in AAAA.

Chad Phillips has been coaching at Starr’s Mill for 25+ years and has never seen a region from top to bottom that is as competitive as the one his team currently occupies.

“The quality of the teams is high,” Phillips said. “I have never been in a region like this before.”

Troup and Fayette Counties have built up strong football lineages over the years. It is directly tied to the quality of coaching and programs that have been built by the schools in these areas.

It takes fantastic coaching at all levels to get these programs to the levels that they currently occupy.

“We’ve played Heisman winners and first round draft picks,” Phillips said. “The quality of the player is directly proportional to the quality of the coaching. We have been able to establish really good feeder programs at the middle school and rec level. Both counties have quality coaching.”

Seven of the eight teams in the region were in the playoffs last year. Trinity Christian was the most successful team last season as the Lions went a perfect 14-0 en route to win the A private state championship. They will be in for a much bigger test this season as they jump up multiple classifications.

“They recruit some of the best players out of the area,” Frazier said. “They are extremely talented at the skill positions. They are tremendously well coached. We’ll see what happens now that they’re not playing single A football anymore.”

“These are some of the top teams in the state,” LaGrange coach Matt Napier said. “They are competing year in and year out. They are making deep playoff runs and competing for championships every year. We got our work cut out for us.”

Being in such a brutal region tests teams beyond Friday nights. The teams have to prepare depth pieces and make sure that they have plenty of guys ready to go off the bench because playing elite opponents practically every week for four quarters of physical football can be a great challenge.

“It’s tremendously important to develop depth,” Troup coach Tanner Glisson said. “Going from Callaway last week to Whitewater this week and Starr’s Mill next week is tough. That’s three straight top 10 teams (in their respective classifications) in three straight games. It’s like playing in the SEC. You have to get your team ready, and you have to have depth. Hopefully some of these younger sophomores can help us two or three weeks from now.”

Iron sharpens iron. Diamonds are made under pressure. Those are the type of cliches that are very much applicable to the situation that the teams in region 4-AAAA find themselves in. Every week is a new challenge, every week is a new obstacle to hurdle.

“I think our region is probably the most competitive in the state,” Napier said. “It’s important to come out and play well early in the region schedule. We play two of the highest ranked teams in the state (Starr’s Mill and Whitewater) in our region so we know that we are going to have to focus on one game at a time.”

Over the next few weeks, a lot more will be known about how region 4-AAAA will shake out. No matter how it works out, one of the currently ranked top 11 teams in AAAA will not be making the playoffs this season. The pressure is high in every region game.

“My first reaction was ‘they messed this thing up,’” Phillips said with a chuckle. “We are supposed to go to the east side of Georgia with some of the Henry Schools and maybe Griffin. Some of that crowd. Shoot, we were excited to drop down to AAAA, and then they threw us down there with Troup and LaGrange. They are really good football teams.”

By the end of the season, the standings might come down to tiebreakers and the final week of the season to sort out who is in the playoffs and who has to sit on the outside.

“You have to play good football, you have to stay healthy, and you have to have a few things go your way,” Glisson said. “That last game of the season against LaGrange could decide a playoff spot.”