LCS is set for a rebound on homecoming night 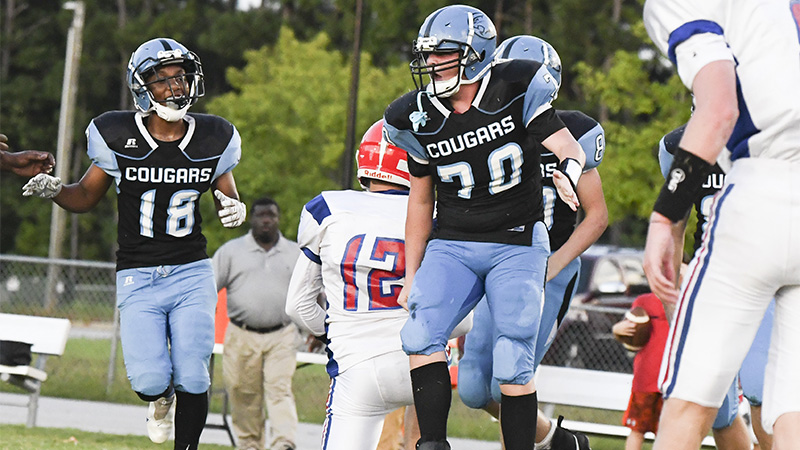 It is homecoming week at Lafayette Christian. The Cougars are set to announce the winners on Friday, but the football team is focused on their opponent – Central Christian.

“They run kind of a spread look and their quarterback is very athletic,” Cougar coach Jared Pike said. “We are going to have to try and keep them hemmed up and not let them get outside.”

The return of Alex Tusing will help in that department. Tusing missed last week’s game against Praise Academy but is ready to go against Central Christian. He normally aligns at safety on defense but will find himself at linebacker this week.

Last week saw the welcomed return of Braden Firth against Praise Academy after he re-injured his knee in the offseason. Firth had 3 receptions for 130 receiving yards and two touchdowns last week. After playing a lot of tight end last season, he will mostly line up at wide receiver in 2022.

“We are trying not to bring him in to block any so we can keep that knee safe,” Pike said. “He is our deep threat. We have to get him some reps and get him in game shape.”

Ephraim Snyder has been the bell cow for the Cougars offense. He had 34 carries for 143 yards and two touchdowns against Praise Academy last time out. Snyder picked up a knock but will be ready to go on Friday.

Andrew Hough will have to have big contributions from his quarterback and safety spots. Hough was 6/12 119 yards and one passing touchdown while adding 83 yards and one touchdown on the ground. He had a big pick-six in week two versus Holy Ground.

While Central Christian comes into the game 1-2, the hometown Cougars will be 2-1. Despite being over .500 three games, Pike has not been happy with his team’s performances.

Pike sees this as a chance to make a statement. He believes now is the time for his team to shake off some of the offseason rust. With the return of some key players, this might be just the week to do it.

“I think this could be a game where we can make a statement,” Pike said. “I think we need to take over this game early.”

This will be the last Cougar home game until Oct. 14 against Hearts Academy. Kickoff is scheduled for 7:30 p.m with homecoming festivities taking place at halftime.

“I certainly hope we come out with more energy,” Pike said.