Top 10 matchup: LaGrange and Starr’s Mill are set for a massive region showdown 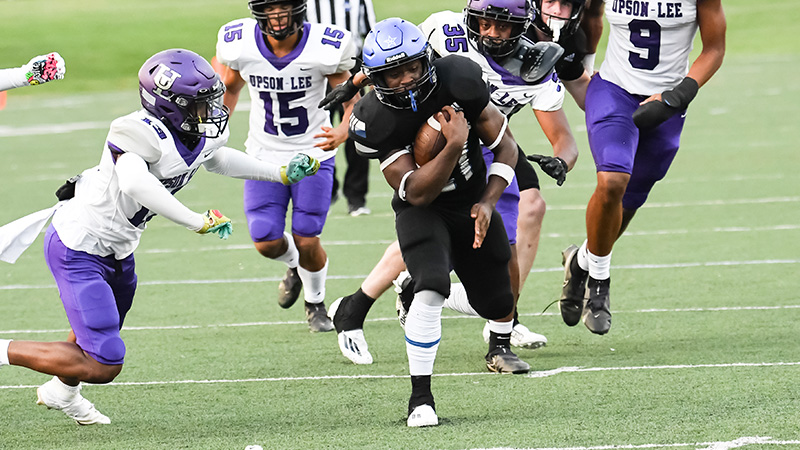 LaGrange is in for a difficult challenge when Starr’s Mill walks into Callaway Stadium on Friday night.

“Their program is one of the top in the state,” LaGrange coach Matt Napier said. “They compete at a high level year in and year out. They are consistently making deep playoff runs and are one of those teams that competes for championship every year.”

This is a battle of top 10 teams in AAAA, according to Georgia High School Football Daily, which has Starr’s Mill ranked sixth while the Grangers are ranked 10th.

Starr’s Mill lost in the second round of the AAAAA playoffs last season but dropped down a classification for the 2022 season. One of the biggest weapons for Starr’s Mill this season is tight end Josh Phifer – a Liberty commit – who can bully defenders with his 6-foot-5, 225 pound frame.

“They like to split him out wide and use him in multiple ways,” Napier said.

Greigh Joseph, an Army commit, will also present some problems for the Grangers. The two way player will line up at linebacker and running back for the Panthers.

“Defensively, they run to the ball,” Napier said. “They can hit, and they are very physical and well coached so we will have our hands full, but we are looking forward to the challenge.”

LaGrange will present Starr’s Mill with its own set of problems. LaGrange is the highest scoring team in AAAA through four weeks as they have averaged 49 points per game.

Brown has a special connection with senior wide receiver Magic Johnson, who caught a 53 yard touchdown pass a week ago to get the Grangers on the board early. Johnson is the Grangers leading receiver with 9 catches for 242 yards and two touchdowns while adding 1 carry for 38 yards last week against Upson-Lee. Johnson is electric with the ball in his hands and is a key piece of the Grangers special teams as well.

Malachi Fannin-Render continues to churn out yards on the ground for the Grangers. Last week’s game versus Upson-Lee was the first game of the season that Fannin-Render did not eclipse 200 yards rushing. He had to settle for 84 yards and a touchdown while averaging over nine yards a carry. Fannin-Render has run for 534 yards on 32 carries and has reached the end zone six times.

The Granger offense is versatile with sophomore Jonathan Keys having a breakout game last time out against Upson-Lee with five carries for 74 yards and two touchdowns.

Both teams come into the game 3-0 overall, and this will be the first region game of the season for both squads. The game will take place at Callaway Stadium on Friday night with a 7:30 p.m. kickoff time.

“Our fans are second to none in high school football,” Napier said. “We have great support here, and they have an impact on the game.”