LaGrange Academy is building a volleyball program, not just a team 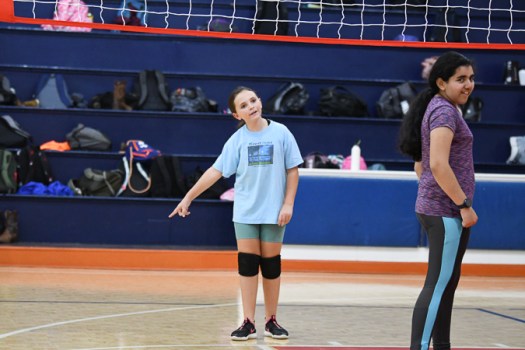 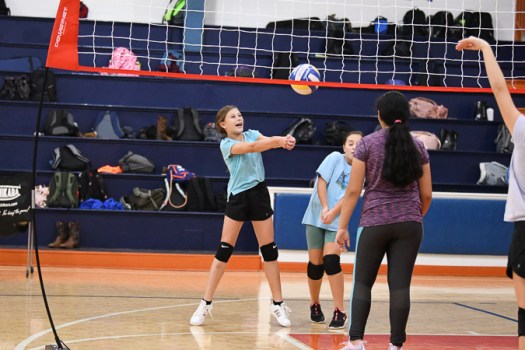 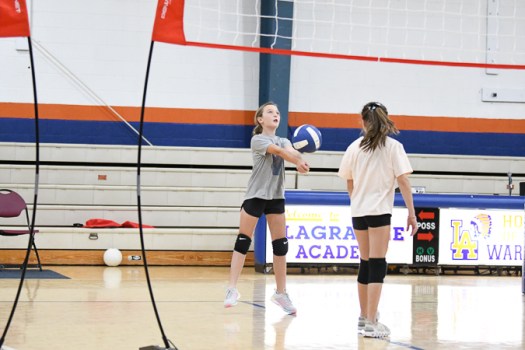 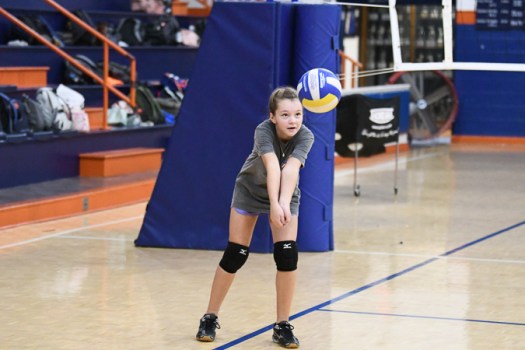 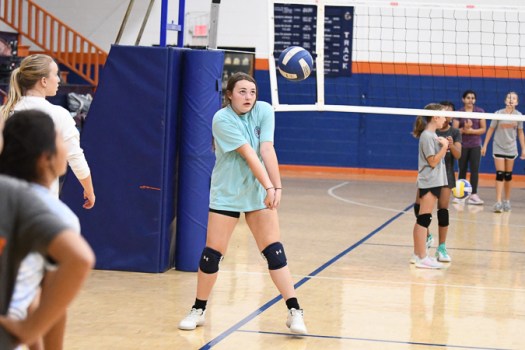 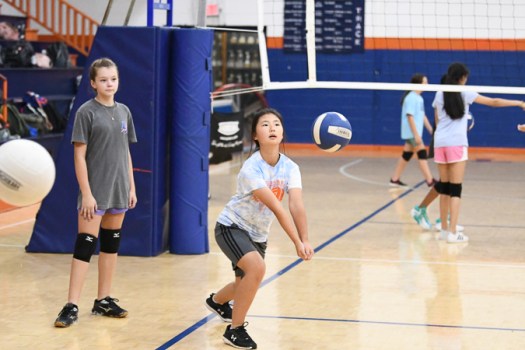 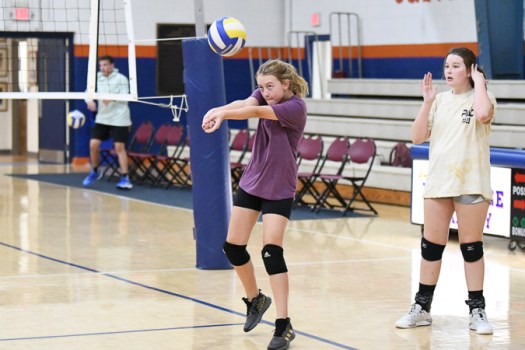 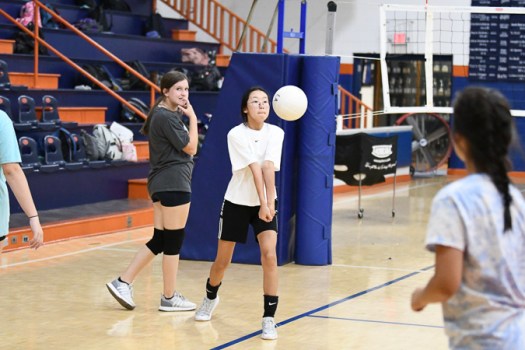 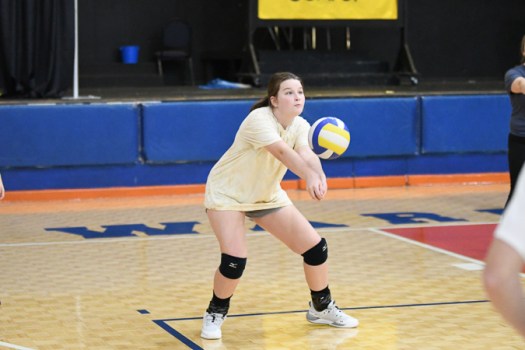 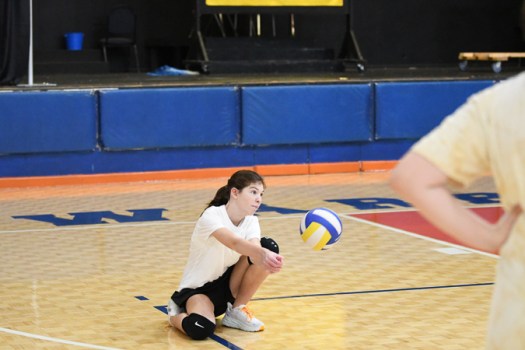 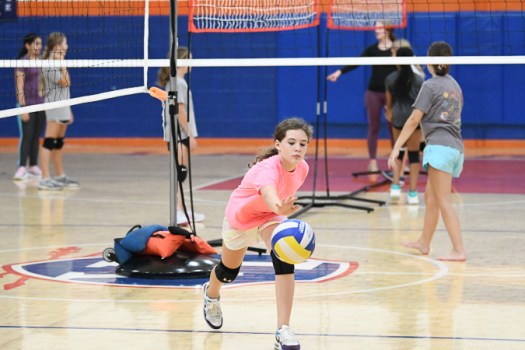 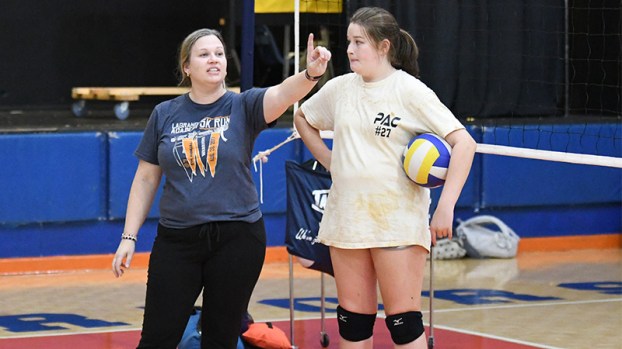 It is about the fundamentals. That is what the LaGrange Academy volleyball program is instilling in its young sixth grade team.

“I had some girls come up to me four years ago and ask why we don’t have a volleyball team,” said Christy Dolinger, the Warriors middle school coach. “A fellow teacher and I decided to take it on.”

The sixth grade team plays three v. three games against each other before most home varsity and middle school matches. It gives the girls a chance to nail down the basics of the game, so they will have a chance to shine once they reach the higher levels of the game.

“I mix up the teams every week, so they get to learn how to play with everybody,” Dolinger said. “We usually do three-on-three, but we did six-on-six this week, and it seemed to really help them a lot. They are moving their feet faster, they are getting more confident, they are getting more experience, and they all want to keep up with the sport of volleyball.”

This is the inaugural season for the sixth grade team.

LaGrange Academy volleyball is starting to see the fruits of its labor. The team returned four years ago after over a decade without a volleyball team at LaGrange Academy. Now, the teams are in the best state they’ve been since the reformation of the program. The middle school team is currently undefeated and the varsity team enjoyed a seven game winning streak earlier this year. The program has grown in terms of technical ability of the players but also in how many young girls want to participate in the volleyball program.

“We lost a lot at the beginning, but that was OK,” Dolinger said. “We made it fun, and last year I found myself with 22 girls on my bench for the middle school team.”

LaGrange Academy is all about building a better program, not just an individual team. It is one of the reasons that first year varsity coach Scott Lewis was intrigued by the opening for the head coaching role.

“One thing I asked was that would I have influence over the feeder program,” Lewis said. “I felt that in order to have a successful varsity program you have to invest and produce a good middle school program.”

The improvements and gains being made by Dolinger and Lewis at the middle school level are going to help the varsity in the long run.

“It’s about getting to them in the grassroots stage,” Lewis said. “If volleyball is introduced to them at a young age, and they are taught the techniques and skills and given some competition, it is going to make them a much better volleyball player in the future.”

It is a collaborative effort between two people who love the game of volleyball and want to see it grow within the confines of LaGrange Academy.

“Christy has brought a lot of really good ideas to the table,” Lewis said. “We share knowledge with each other. We are not the gatekeepers of what we have learned. We want to pass it on to others.”

While Lewis is new to the Warrior Way, he has already adapted rather quickly. Dolinger on the other hand helped build the Warrior volleyball culture from the ground up. It has been hard work, but her creativity and ingenuity has helped the Warriors reach the thriving state they are in.

“My husband and I went to Home Depot to get some duck tape, and we made our own sidelines so we could make mini courts,” Dolinger said. “We got creative. I used Pinterest and YouTube and threw a whole bunch of ideas together. It’s a conglomeration of several ideas. The first practice was kind of chaotic, and we had to figure out how to make it better.”

It has been a long journey to get the LaGrange Academy volleyball team back up and running and competing at a high level. There has been some blood, sweat and tears in the process, but the rewards justify the tough start to the journey.

“When we first started, there was such a skill deficit that all we could do was react and play defense, but we have become more offensive,” Dolinger said. “Once you’re able to hone skill sets and even more important than that, hone a team culture to where everyone wants to help. When somebody makes a mistake, it’s everyone’s mistake and when somebody has success, it’s everybody’s success. This allows teams to start to play offensive and be proactive instead of just reactive.”