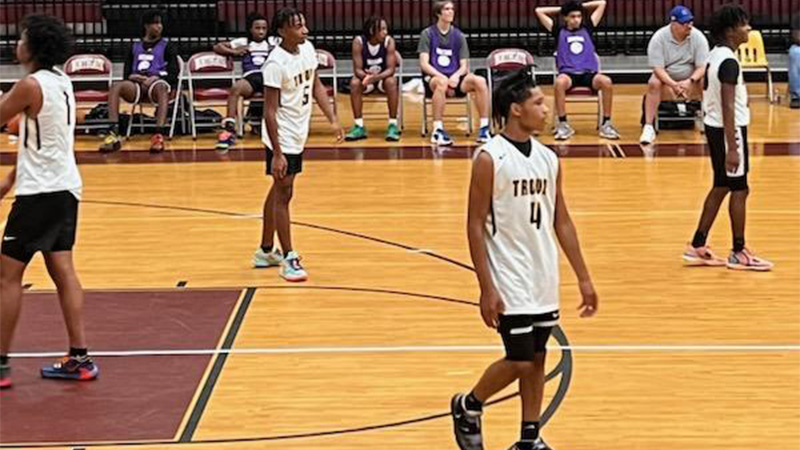 The Troup boys basketball team is starting to click into gear under first year head coach Jairo Gay. The Tigers are taking part in a fall ball league to prepare for their upcoming season that tips off in just a couple of months.

This is the Tigers second week in the fall league after going 1-1 during the first week. The Tigers were able to win both their games in week two on Saturday.

Troup beat East Coweta 34-26 in game one. “Bop” Tucker had 10 points and DeJaylen Campbell led all scorers with 14 points.

Troup won game two versus East Coweta 38-31. Campbell led the Tigers in scoring in game two as well with eight points. Tucker, Torreion Delaney and Jay Johnson each had six points apiece. Delaney flashed some strong defense in game two, finishing with three steals. Jordan Worle was cleaning the glass in game two and finished with a strong seven rebounds.