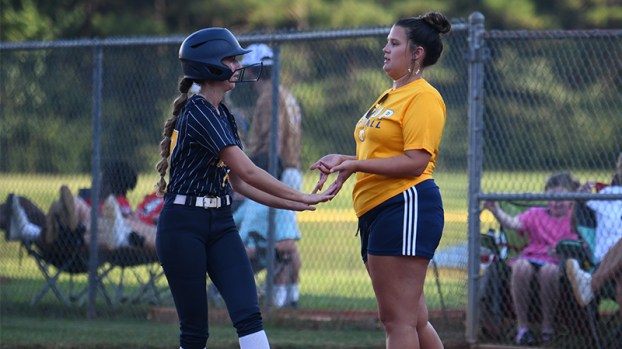 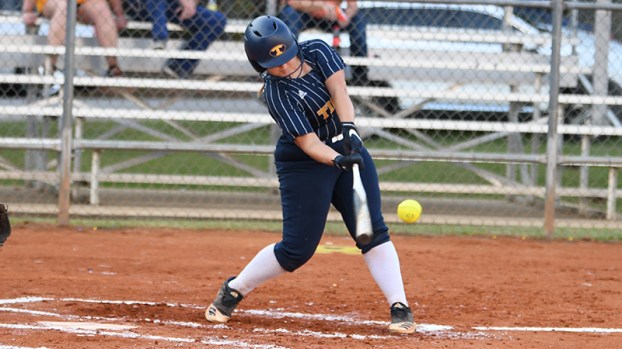 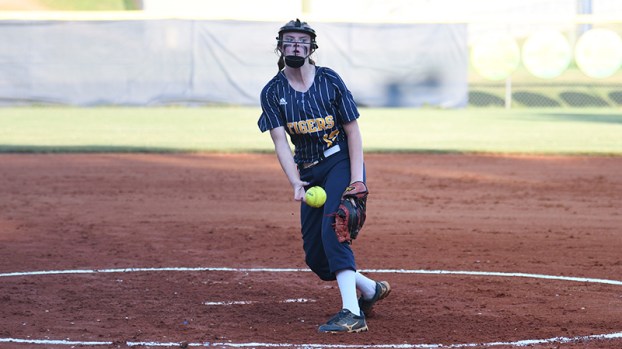 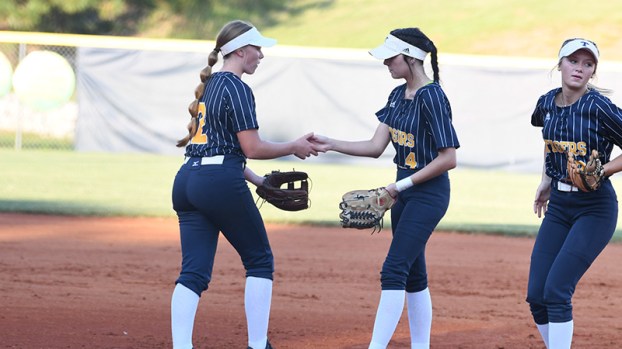 Troup got a chance to celebrate its nine senior players on senior night as well as earn a 19-0 region victory over Riverdale.

“Games like today, the girls can just kind of come and chill out and not have to be super stressed about the game like they will on Thursday against Whitewater,” Troup coach Ryan Simpson said. “I think it’s good for them.”

The nine starters for the Tigers? All the seniors on the team.

Batting leadoff was Ramsey Clark, who went 2-for-3 with two RBIs and three runs scored.  Clark will be heading to Southern Union to continue her softball career after high school.

Her favorite softball memory: “When Simpson is late to practice and we skip our poles and agilities.”

Batting second was Kaleigh Rutland. She was 2-for-3 with two runs scored and a RBI. Rutland plans to attend The University of West Georgia to obtain a degree in nursing.

Her favorite softball memory: “Always sitting in the hitting facility before home games and talking and playing music while getting ready”

Third up to bat was Caroline McInvale, who tied for the game high in RBIs with three. She was 2-for-3 with two runs scored. She plans to attend Auburn University and major in aquatic sciences.

McInvale’s favorite softball memory: “At the Callaway Classic, the umpire made a terrible call, so I decided to scream ‘that was a frickin awful man.’ I got a warning so I gave him a thumbs up, but he proceeded to restrict me to the dugout because he thought it was my bird finger.”

Following McInvale was ace pitcher Maggie McDonald. McDonald started the game on the mound and pitched a third of an inning, striking out her only batter faced. On offense, she was 2-for-3 with three runs scored and an RBI. McDonald will be attending Georgia Southwestern State University where she will be continuing her softball career.

Her favorite softball memory: “During our 2021 season when Haley Cotton was thrown out of the game for saying an umpire’s call was BS and then she had to take a sportsmanship course. Haley Cotton sure knows how to stand her ground.”

Fourth up to bat was Chloe Lietchy, who was 2-for-3 with three RBIs and a run scored. She plans to attend Auburn University to major in business management.

Her favorite softball memory: “Going to Chick-FIl-A before every home game and making the workers mad with our seven different orders.”

Shelby Addison was fifth up to bat and went 1-for-3 with an RBI and two runs scored. Addison plans to attend the University of West Georgia and major in nursing.

Addison’s favorite memory with the softball team: “When Haley Cotton pulled out her WWE action figures and started playing with them all sophomore year.”

The aforementioned Cotton was sixth in the batting order, going 2-for-3 with two runs scored and an RBI. She plans to attend Southern Union to major in physical therapy.

Cotton’s favorite softball memory: “The umpire throwing me out the Harris County game junior year and then how to sit two games and take a sportsmanship class.”

Eris Whitfield was hitting out of the eight hole and delivered by going 2-for-3 with two runs scored and an RBI. She plans to become a train conductor and enlist in the National Guard.

“When I drove Gracie down to the softball field and I had to crawl out my back window, and she asked if she had to go that way too.”

Last in the order was Faith Horton. Horton pitched the majority of the game (two and two thirds innings) and did not allow a hit. On offense, she had two RBIs in the game. She plans to attend the University of Georgia and major in Biology.

Her favorite softball memory: “Everything.”

“They are a good group of girls,” Simpson said. “Some of them were freshman my first year here and are graduating early. So to be able to watch them grow not just as players, but as young ladies makes me proud. I’ve enjoyed being a part of their journey.”

Troup improved 10-5 overall and 6-3 in the region. The Tigers will be back in action in a crucial region game at home versus region leader Whitewater.

“I told them if they come out like they did against LaGrange last Thursday it will be a good game,” Simpson said. “I’m excited for that game.”