Callaway is ready to open its region schedule on Friday 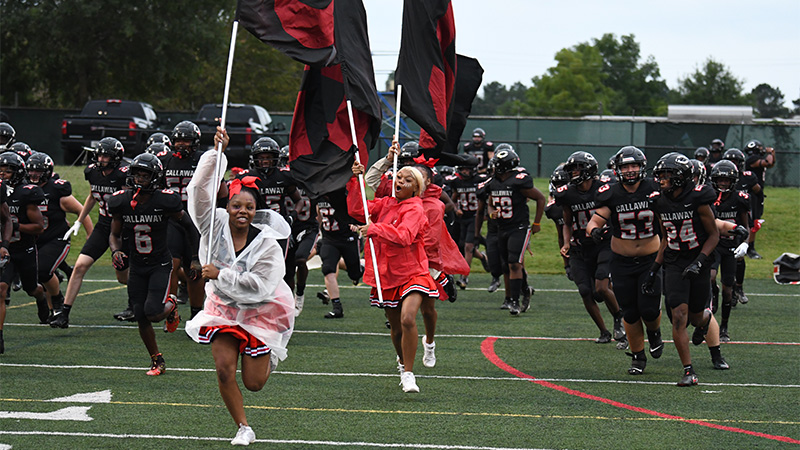 Callaway is set to play its region opener at Callaway Stadium on Friday night against Redan.

“We have a big week in front of us with our opening region game against Redan on Friday,” Callaway coach Pete Wiggins said. “We look at our schedule as three seasons. The non-region, the region, and the playoffs. We are starting the second part of the season now.”

The Cavaliers are coming off a bye week, which has rejuvenated the team.

“A bye week helps you heal up bumps and bruises,” Wiggins said. “We had a difficult non-region schedule. We’ve had injuries, and we are trying to get everybody healthy, but we have to keep working. Our practices were physical. I think our kids handled the bye week really well.”

Before the bye week, Callaway put together its best performance of the season to earn a 21-7 victory over Heard County in the Pulpwood Classic. The Cavaliers rode Quay Whitfield, Jordan King and Tyren Buggs who churned out over 200 yards combined on the ground. Whitfield led the way with 112 yards and a touchdown on 18 carries. King was also instrumental with 73 yards on 12 rushing attempts. Buggs chipped in with 44 yards on 11 carries and also had a reception in the game as well.

“I think we were able to establish the line of scrimmage and play between the tackles as the night wore on,” Wiggins said. “I’m proud of their effort throughout the game. Up front our guys did a really good job.”

The Cavaliers offensive line was a big reason Callaway got its first win of the season just under two weeks ago. Another big piece of the winning puzzle was DeShun Coleman completing 10 of his 13 passing attempts for 113 yards and a touchdown.

Treyonn Tucker gave Coleman a safety valve and finished the game with three catches for 30 yards.

Southern Miss commit Exavious Reed led the Cavaliers with three catches for 39 yards and a touchdown. Reed was also exemplary on defense in the game.

The defense as a whole dominated the game, only allowing a touchdown to Heard County in the waning minutes of the game that had no impact on the final outcome.

“I felt like our defensive line played really well and controlled the line of scrimmage,” Wiggins said. “We gave up a touchdown at the end, but throughout most of the game our defense played fast and physical and if we can do that, we can have success.”

Callaway got production from every level of the defense. It started up front with Camren Gunn and Fred Tigner both registering a sack in the game. Freshman Xavious Anderson led the team with 10 tackles from his linebacker spot with his linebacking partner Trey Freeman getting six tackles. Korey Jackson also came down with a crucial interception in the game from the secondary.

Redan, just like Callaway, enters region play with a 1-3 record. Redan lost by double digits in week one and three but was able to get a 34-6 win in week two over Stone Mountain. The Raiders came off a bye week and came out flat against Southwest Dekalb last week, ultimately losing 55-6.

The Raiders were not very competitive last season when they were playing AAA football. Redan finished the 2021 season 2-9 overall and 0-8 in its region. Redan has not made the playoffs since 2007 when the team exited the playoffs in the first round of the AAAAA state tournament.

Callaway will be looking for win no. 2 and an opening region victory to get them started on the right foot in the second stage of their season.