Optimists name deputy and firefighter of the year 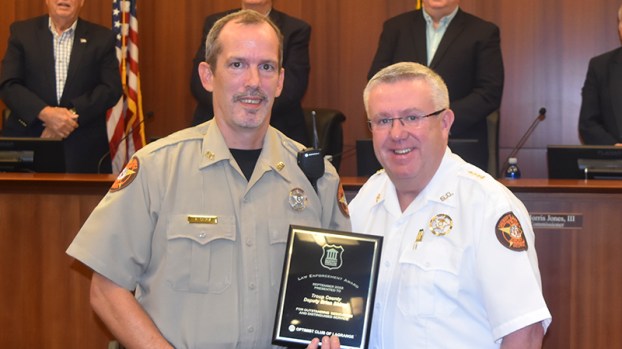 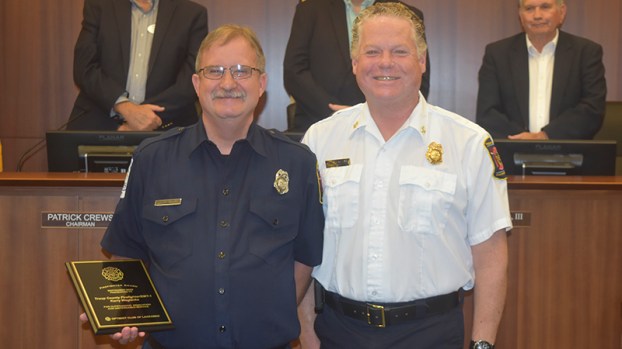 The awards were presented by Optimist Hilliard Daniel, who also works for the county as a court coordinator and case manager for Troup County Drug Court.

The Optimist International created the Respect for Law Program in 1965 after meeting with J. Edgar Hoover, Daniel said.

“Optimist International wanted to create an award that can be used by local clubs to highlight the good work that law enforcement does in all communities all over the nation,” he said. “Shortly after Sept. 11, the Optimist Club here in LaGrange decided that we wanted to incorporate a firefighter’s award.”

Deputy Shirey began his career with the Troup County Correctional Institute in 2001. When the facility closed down in 2017, he moved to the sheriff’s office and took on the role of maintenance supervisor, before ultimately becoming a deputy sheriff last year.

Shirey was nominated by his peers because of his unparalleled work ethic and has saved the county thousands of dollars through his maintenance supervision. He strives every day to maintain the sheriff’s facility to the level needed to care for those in custody and is always willing to learn and was always optimistic in his work, Daniel said.

“I have a lot of good people that I’m privileged to work with every day, and Mr. Shirey no doubt is one of those people,” Sheriff James Woodruff said.

“When we took over the correctional institute to turn it into the jail annex, I got to pick my team that I wanted to help me run that. I picked Mr. Shirey, and he has been an outstanding part of the sheriff’s office,” he said.

Wegienka has been with the Troup County Fire Department for 27 years and recently completed his Georgia EMT certification.

Wegienka was nominated by his peers because of his dependability and loyalty to the fire department, as well as his work ethic and work history.

“He has the mindset and skill set to make the correct judgment calls in emergency situations to protect the people he serves, as well as his peers,” Daniel said.

“Kerry is one of our long-term employees of the fire department. He always has a smile on his face. It’s always positive. He’s always willing to help anybody to do anything,” Troup County Fire Chief Michael Strickland said.