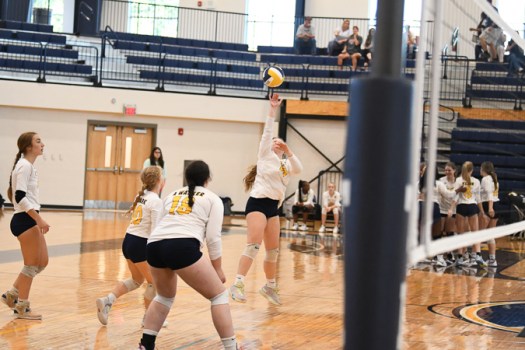 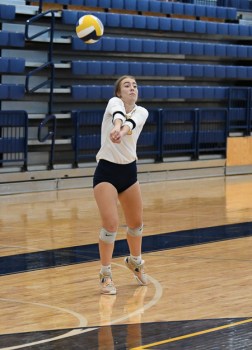 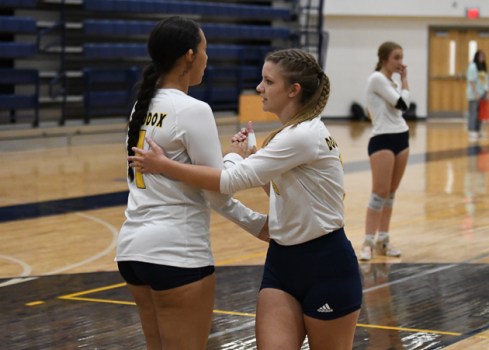 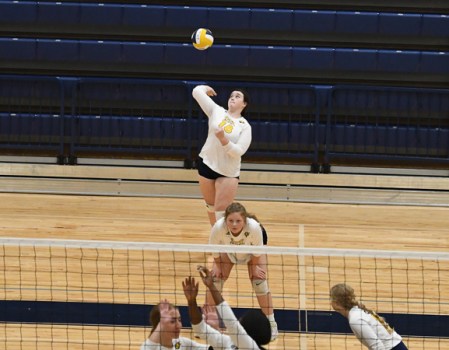 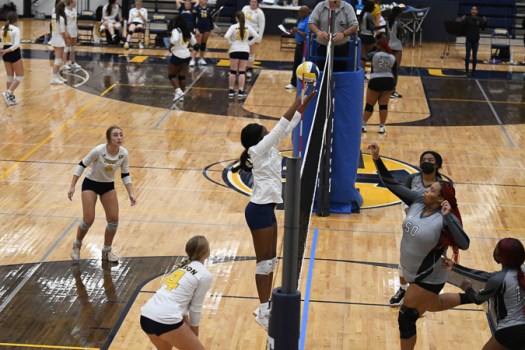 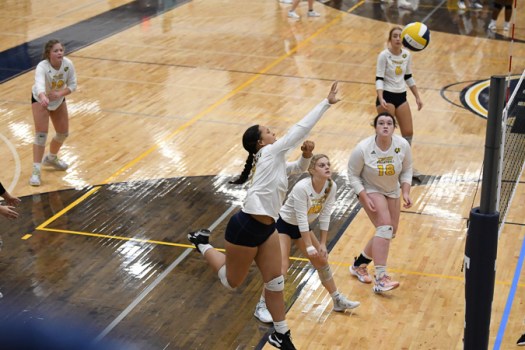 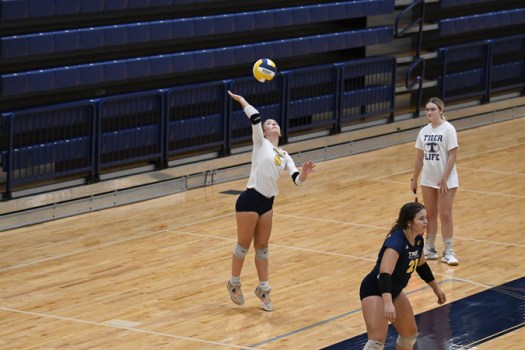 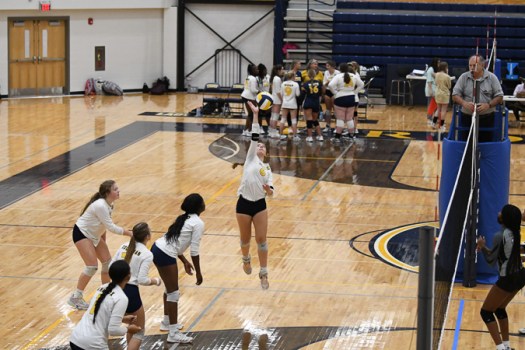 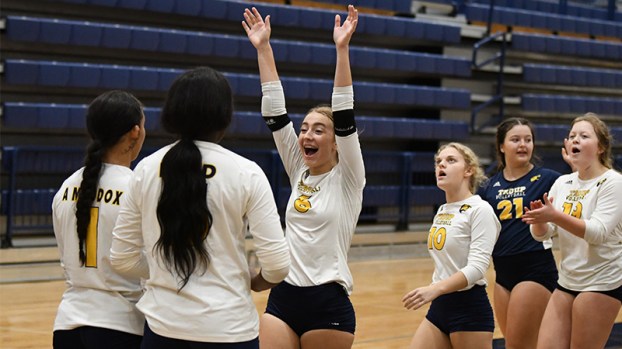 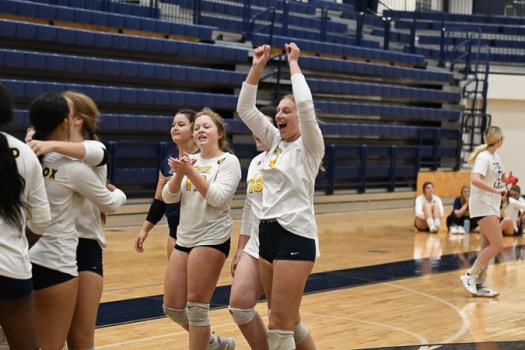 Four seniors, one win. That is how senior night played out for the Troup Tigers as they celebrated four senior players, and a victory over Shaw on Wednesday.

“I’m super proud of the girls for getting a win on senior night,” Troup coach Hutch Blair said. “We did a great job of sticking the ball and adjusting to a higher level of play tonight. Shaw is a really good team.”

It was anything but easy for the Tigers, who lost the first set narrowly, 25-23. The second set was a neck-and-neck race. The game was tied at 18, 21, and 22 before the Raiders scored two points to force a double match point at 24-22. The Tigers responded.

“I love seeing them fight in these close games,” Blair said. “There is nothing better than watching them come together and decide on their own to win this game.”

The Tigers rattled off two straight points to tie the game. Then, up stepped Hailey Clark, who delivered two straight aces to bring the Tigers back from the brink to tie the match at a set apiece.

“I think it all comes from the team. With them cheering me on and the student section cheering me on, it pushes me harder,” Clark said. “It’s pressuring, but I do know if I mess up, my teammates won’t be mad at me or be frustrated. They make everything better.”

The Tigers started out hot in the third set to take a commanding 11-5 lead, but it wouldn’t last as the Raiders stormed back with seven straight points to take the lead. From there, the Tigers answered with four straight points to win the set and the match.

“It was a team that we played earlier in the year and struggled a little bit,” Blair said. “Now, our girls have settled in and found their rhythm.”

Troup lost in three sets (2-1) to Shaw in their matchup earlier in the season, but got their sweet revenge

Blair also singled out some players that helped lift the team to a win tonight.

“Asa Hall played great, she was swinging away. She is one of our younger girls and has come up from JV this year to help because of some of our injuries and has done a great job,” he said. “Asia Maddox has been amazing adjusting to the ball. She has some of the best footwork I’ve seen.”

“We had to make some adjustments,” Blair said. “We talked about it between games and got it figured out.

Morgan Doughman has been playing volleyball for seven years now with two on the varsity team. She plans to attend theUniversity of Georgia and major in pre-law.

Favorite memory: “Last year’s trip to Savannah to compete in the first round of state.”

Sage Loftin has been playing volleyball for five years with two years on the varsity. She plans to attend the University of North Georgia and major in psychology.

Loftin’s favorite volleyball memory: “Going to Savannah for state and getting to explore the city with the team.”

Abbi Moat has been the Tigers manager for the last two years. After graduating she plans to open a shirt shop.

Blair has a soft spot for managers as he once served as the Troup volleyball manager in his youth.

“She comes with us to all the games and last year as well,” Blair said. “She’s a light, and a presence every time she’s here. She keeps everybody positive all the time. It’s great to have her.”

Asia Maddox has been playing volleyball for five years with the last two being on varsity. She plans to attend Columbus State University to major in political science.

Her favorite volleyball memory: “I have many good memories, but the first good one was trash talking pink knee pads and then getting beat by them.”