On the road again: LCS is set for its third road game in the first half of the season 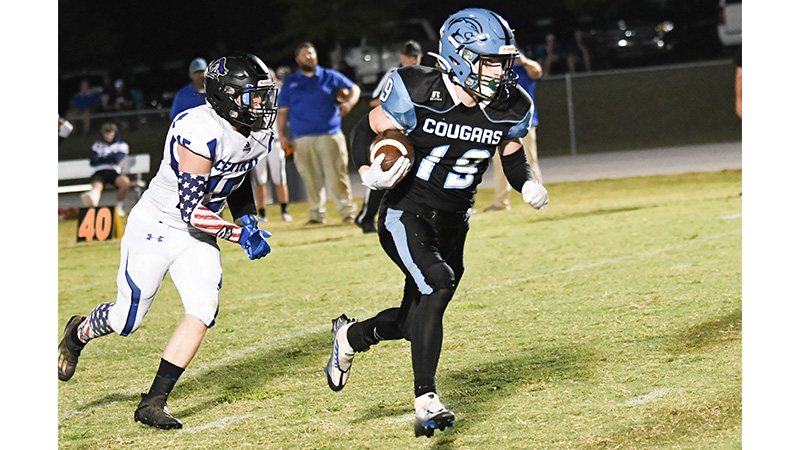 On the road again.

Lafayette Christian will be back on the road for its game this Friday against Horizon. The Cougars come into the game 3-1 after their bounce back victory last week against Central Christian on homecoming night. The Cougars won last week’s contest 62-26 after dropping their previous game.

Friday’s game will present some challenges for the Cougar defense, the likes of which they have not seen this season.

“They like to throw the ball a lot,” Cougar coach Jared Pike said. “We have been working on some defensive things because they threw the ball for over 400 yards last week. It’s going to be a different look.”

The defense will have to come prepared to stop an aerial attack after previously dealing with teams geared more for running. Horizon comes into the game with a 1-3 record.

On offense, Ephraim Snyder will be the bell cow once again. He had 156 yards rushing and five touchdowns in last week’s game.

“It’s great to have a guy you can go to and it’s a guarantee that he will get three yards whether or not he gets hit in the backfield,” Pike said. “He’s running hard and running behind his pads. A lot of those big runs he had Alex Tusing was coming in and blocking. An emphasis this week for Ephraim was to improve his blocking game.”

Senior swiss army knife Alex Tusing has been everywhere for the Cougars, whether it be linebacker, safety, wide receiver or running back, it does not matter the position, he will play it. He missed the Cougars loss to Praise Academy on Sept. 8, but came back with avengeance last week. He finished with 85 receiving yards and 102 rushing yards. It took him a little while to get into the flow of the game, but once he did, he was pivotal in the Cougars getting back in the win column.

“Alex is back 100%,” Pike said. “He hurt his ankle back in the first game and I think it’s just about back to 100%. The first half of last week’s game was him getting back into game mode.”

Tusing is one of the senior leaders for the Cougars alongside Braden Firth. Firth is still battling back from a knee injury and had two receiving touchdowns in his second game back last week against Central Christian. Tusing and Firth’s leadership have been crucial for the team.

“You’re playing this year, but next year you will be gone, so what are you going to leave behind for the program and what kind of legacy are you leaving is what we’ve been telling them,” Pike said. “Our seniors set the standard for the younger guys.”

Andrew Hough and Chaz Clark are two seniors that are big pieces to the puzzle. Hough plays in the secondary on defense, but also commands the offense as the starting quarterback. Clark’s receiving abilities and his ability as a special teams returner have been huge for the team. Cal Evert is the team’s most natural defensive lineman where he has helped teach some of the younger guys how to dominate in the trenches.

The Cougars will be looking to start 4-1 before hopping into region play next week.