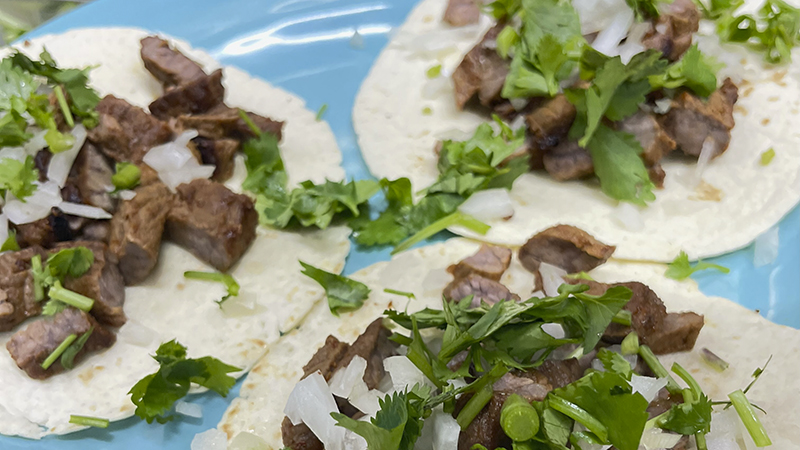 For Asequl Shopon, owner of Spice Rack, the inspiration for opening up a halal-style restaurant came from the desire to create variety in the food business and introduce people to a new cuisine. Halal food is food that is considered to be lawful and permitted, according to the Islamic faith.

“When you look around in Hogansville, there isn’t much variety,” Shopon said. “You have your barbecue, McDonald’s and Mexican restaurants, but I wanted to bring something a little different.”

According to Shopon, Spice Rack makes fusion food that incorporates American, Mexican, Indian and Middle Eastern cuisine — all together on one menu.

When choosing the name Spice Rack, Shopon said he wanted something that was catchy.

“I wanted something that wouldn’t really put me in a category because the food I make can be very versatile,” Shopon said. “Everybody likes a little flavor and spice, and I thought it was catchy.”

The Spice Rack is Shopon’s first restaurant. He hopes by creating a fusion food restaurant people will be exposed to trying different cuisines from different cultures.

“It hasn’t hit me that I have my own restaurant, but it feels amazing,” Shopon said. “There’s a lot of hard work that goes into it, but it definitely feels good.”

Some of the restaurant’s popular dishes are the Butter Chicken and the Chicken Biryani. Other dishes the restaurant offers are chicken wings, samosas, burgers and nachos.

The response to the food has been good and many people who have tried Spice Rack have said that they can’t get this type of food anywhere within the 30- 40-mile radius, according to Shopon.

Being a new restaurant in Hogansville, Shopon said his main goal is to keep his customers satisfied and wanting to come back for more spice and flavor.

I feel like it’s [Spice Rack] a good introduction to a different culture to the community,” Shopon said. “Everything has been here awhile, so I want to shake it up a little bit as well as introduce different cultures, different types of food that people haven’t had the chance or opportunity to try.”