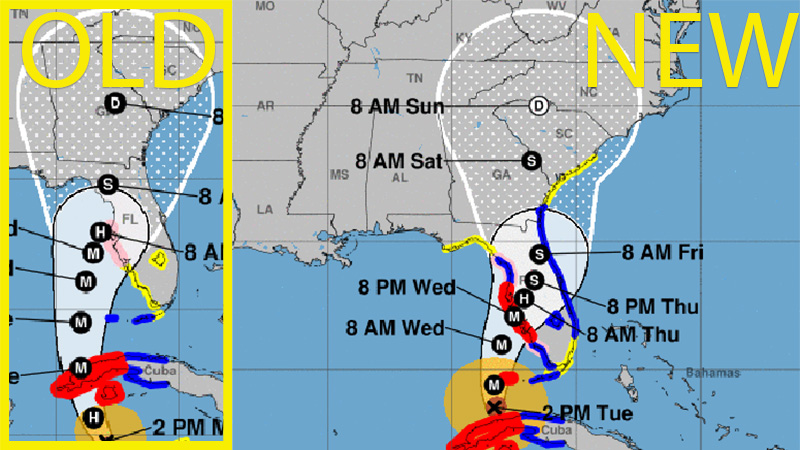 What a difference 24 hours makes.

On Monday afternoon, it appeared Hurricane Ian was going to make landfall somewhere in the eastern panhandle of Florida before following a path that would lead a weakened storm into the area of LaGrange and Troup County.

With every update from the National Hurricane Center Tuesday, the storm has moved further to the east. Early projections Tuesday had it making landfall near Tampa, Florida, but the forecast track has shifted further south since then. Once the storm makes landfall, it’s projected to skirt the Atlantic coast before moving north to impact central and eastern Georgia and South Carolina.

LaGrange and Troup County are no longer included in the forecast cone, though hazardous weather conditions can occur outside of the cone. The forecast is also likely continue to change up until landfall, which is now projected to be Wednesday at 8 p.m.