During the LaGrange City Council work session on Tuesday morning, Ricky Bias, of American Medical Response (AMR), met with city leaders to provide an update on efforts to improve the emergency medical services they provide to city and county residents.

Bias recently took over as program director when Air Evac and AMR combined under Global Medical Response in June. Since then, Bias and his team have been working to make changes to better communicate with police, fire, 911 and the hospital.

“It’s no secret here in the city and out in the county, that there’s been a lot of issues need to be addressed with AMR,” Bias said. “We were having a lot of delayed responses. We were running out of trucks, having to rely on mutual aid from other counties and other services.”

In response to the issues, Bias said AMR implemented a 30-60-90-day action plan that they started about a month ago, and they have made some progress. Over the first month, AMR spent time with the county and city getting ideas of how they could improve as a team.

“I think there was a big failure with communication on all sides in the past,” Bias said.

“We realized we really needed to focus on 911 calls over some of these transfers that were coming out,” Bias said.

“We realize there are days where we have a certain number of trucks available that don’t meet that number of trucks we need staffing wise. If we have four or less trucks in service here in the county, we’re not doing any transfers — non-emergency transfers — out of West Georgia or the hospice. We’re strictly focusing on 911 calls to the community.”

AMR will still transfer emergency patients to other hospitals when needed.

“When a member of this community in the hospital needs to get from here to definitive care, whether it’s Atlanta, Columbus, trauma centers, stroke centers, things that we can’t handle here at the local level, we will still transport them,” Bias said.

Bias said most of the issues they have been having trouble with come from staffing problems in one way or another.

“All our issues stem from staffing issues. That’s kind of a nationwide problem going on right now,” Bias said.

Bias said AMR has implemented wage increases and other incentives to try to attract new employees.

“We started doing a shift incentive to try to get people to come into work on their off day if they can come in and work,” Bias said. “We’re just trying to increase staffing as much as we can, while also implementing what we’re calling, ‘Earn while you learn classes.’”

Bias said AMR is hiring young people, or anyone around the community, and they’re signing a contract to do a full EMT program.

“They’ll start working for us day one and will get paid by going through school. We’ll pay for their certification. Once they’re done with that, they can then continue on. They can stop there and they can work, or they can continue on to paramedic school, which is about a year’s worth of school,” Bias said.

“That’s kind of our plan right now to increase our staffing.”

The program starts in October. The EMT class is about three months long, Bias said.

Bias said they have five recent graduates that have signed on full time.

A Step in the Right Direction

Bias said they have recently seen reductions for the need to ask for assistance from other agencies for help with 911 calls.

“We’ve been seeing a decrease in what we call system status reports, which are when 911 has to call for mutual aid,” Bias said. “Whether it’s Meriwether or Harris County, we’ve been seeing a trend going down.” 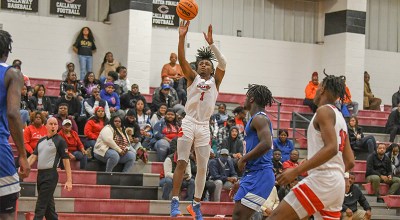 Cavs can’t get much going in loss to Columbia 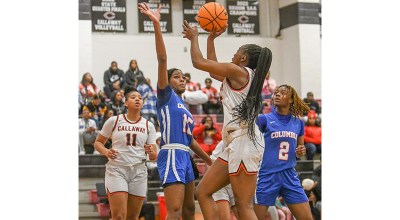 Callaway girls stall out at home