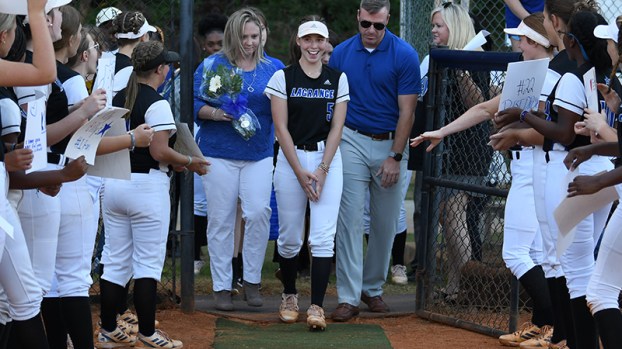 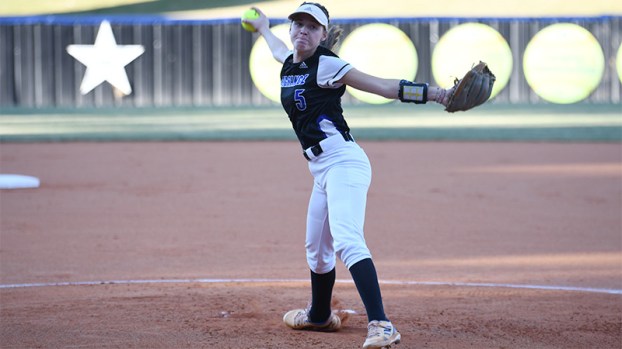 Kaylee Bryant has been a dominant two-way player for the Grangers in her final season playing softball at LaGrange High School.

“We’ve had such hard work and dedication and shown the grit we have in this team,” Bryant said. “I have never been a part of a team that shows this much determination.”

Bryant is a “we,” not “me” type of player. This is her final season playing softball as she passed on a chance to play in college to focus on academics.

“I’m going to be really sad about it, but I think it’s the best thing for me,” Bryant said.

Bryant plans to attend the University of Alabama and major in biology. She wants her final ride as a softball player to be a special one, and it has been so far.

Bryant had to assume a big leadership role as the only senior player that had three years of experience playing with the Grangers coming into this season.

“I think coming from an older team helped me a lot,” Bryant said. “The seniors when I was a freshman and sophomore passed things down to me. It’s a legacy. We want to leave the program better than we found it, and that’s what I’m trying to do.”

Bryant has lined up just about everywhere during her softball career but is now the entrenched starter at center field for the Grangers.

“I started out in left, then right and now center field,” Bryant said. “I prefer playing in the outfield. It’s so much less stressful.”

Bryant patrols the centerfield like a safety in football. She has been tremendous defensively and has not had a single error all season long. Despite her defensive prowess, its her ability to deliver from the plate that makes her such an asset to the Grangers. She is hitting .383 with an on base percentage of .448 this year. She has also driven in 14 runs while swiping 12 bases.

“I had a few errors starting out, but my teammates always backed me up,” Bryant said. “No matter what, my teammates are always going to pick me up.”

Bryant is also the team’s no. 3 pitcher. In 14 and two thirds innings of work, Bryant has a record of 2-1 with an ERA of 1.43 with 11 strikeouts. She will likely see even more time on the mound if the Grangers are to make a deep run in the playoffs this season.

“I don’t really get nervous,” Bryant said. “I feel comfortable because I know the coaches put me out there for a reason. They’ve never made me feel like I couldn’t do something. They make you want to achieve something.”

Bryant has seen a changing of the guard at head coach as Gabby Heath stepped down and was replaced by Craig Mobley heading into Bryant’s last season with the team. Mobley had been around the team as an assistant coach, which strengthened the bond between coach and his senior leader on the team.

Bryant’s time as a Granger softball player is winding down with the softball season nearing its end. She still has goals to achieve before she hangs up the cleats for good.

“We don’t want to jump too far ahead, but we want to make a deep run in the playoffs,” Bryant said. “I think we really have a chance to do that if everybody continues to go in the right direction like we are right now.”