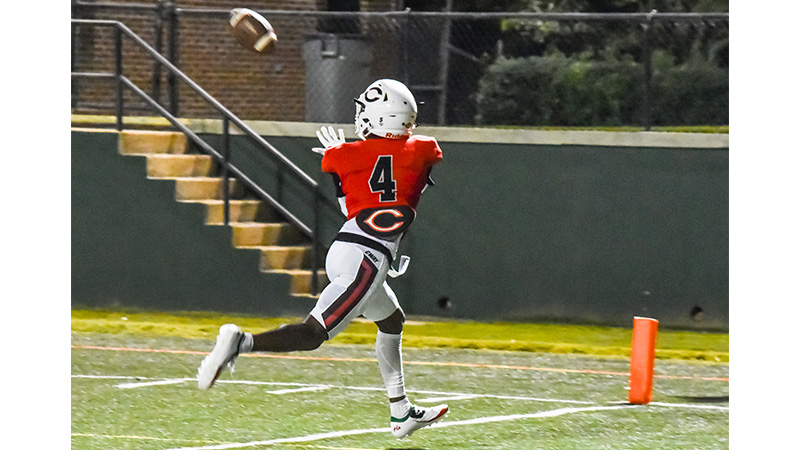 Callaway is back to winning ways after an 0-3 start to the season. The Cavaliers have rattled off two wins in a row over Heard County and Redan in the region opener.

“Our offense and defense played well, but I think our special teams had their best night this season (against Redan),” Callaway coach Pete Wiggins said. “I would contribute that to our preparation. I think we had the best week of practice so far this year.”

DeShun Coleman had a breakout game against Redan. Coleman threw two touchdowns last week, one to Treyonn Tucker and the other to Dylan Stephens – who you normally find rushing the passer.

“I think he threw the ball well and ran the ball well,” Wiggins said. “Our offensive line gave him rushing lanes and time up front. I’m really pleased with those guys upfront.”

Quay Whitfield and Jordan King have been the work horses for the Cavaliers offense so far this season and were rewarded with a touchdown each in last week’s big win over Redan.

The Cavaliers got some guys some experience that do not normally see the field. One of those players was back-up quarterback Blake Herrington who got in on the action and threw a touchdown pass.

“It’s important to get younger guys some reps,” Wiggins said. “This year, with our schedule, we have not had that luxury. Every game has been tough.”

Defense showed out in the game as well. Abreon Ford intercepted a pass in the end zone. Korey Jackson reeled in an interception as well and hauled in a touchdown on offense as he flashed his tremendous versatility.

“Korey played a lot of snaps on offense and defense but on special teams as well,” Wiggins said. “There is a lot of weight on his shoulders in terms of what we ask of him. He had a big interception and touchdown catch, but he also had a big night on special teams.”

The Cavaliers had to respond after going 0-3 to start a season for the first time in over a decade. Callaway answered the bell.

“I’m proud of our team and our leadership,” Wiggins said. “Our guys remained positive, and they have focused on our goals. I don’t think it’s really fazed us”

Columbia comes into the game 4-1 overall and 1-0 in region play. The Eagles dominated McNair 47-0 last game out to notch their first region win of the year. Columbia’s defense has pitched a shutout in two of its last three games. The Eagles earned a massive 13-10 win over AAAAAAA Camden County in week one of the 2022 season.

“Columbia has a very good football team,” Wiggins said. “They earned a huge win over Camden County earlier in the year. Their quarterback is very good at using the whole field whether it’s to throw the ball or run the ball.”

Columbia was 8-4 a season ago and exited the AA playoffs in the second round.

The game originally scheduled for Friday will now kick off at Columbia on Thursday at 8 p.m.

“We’ve played on Thursdays before, so I don’t think it’s a big deal,” Wiggins said. “I’m just happy that we have the opportunity to move the game, so that we might prevent playing in some difficult weather.”