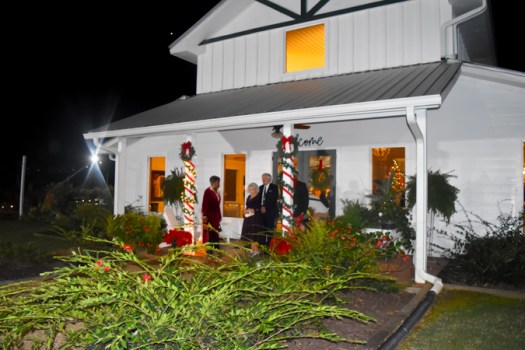 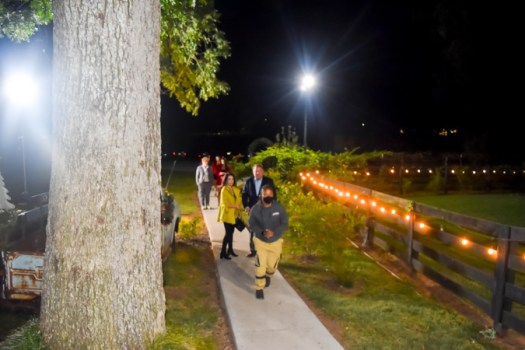 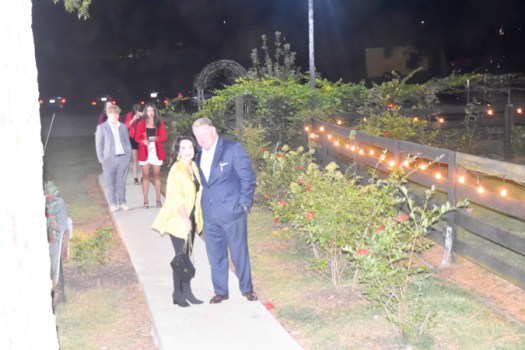 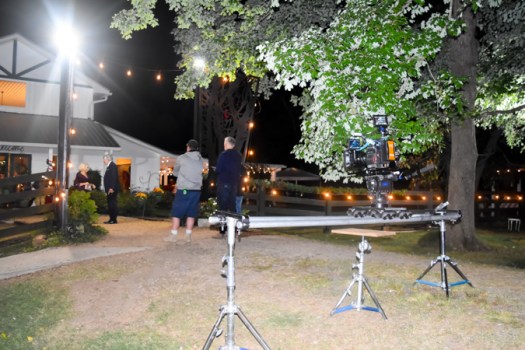 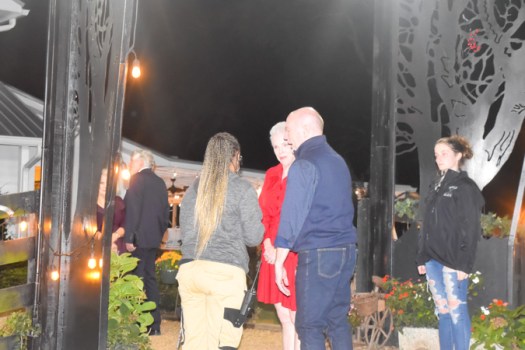 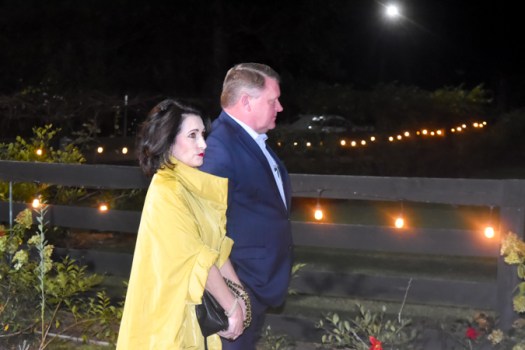 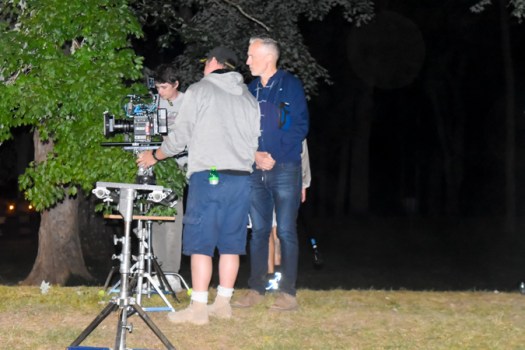 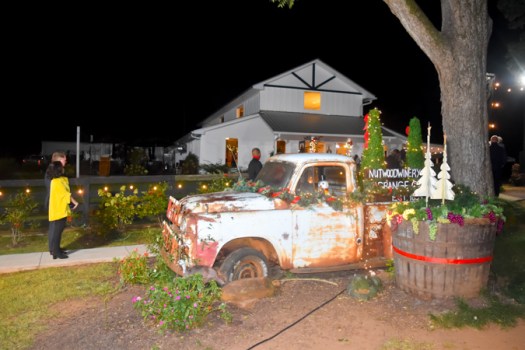 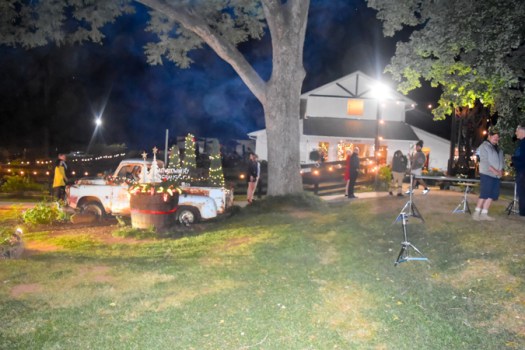 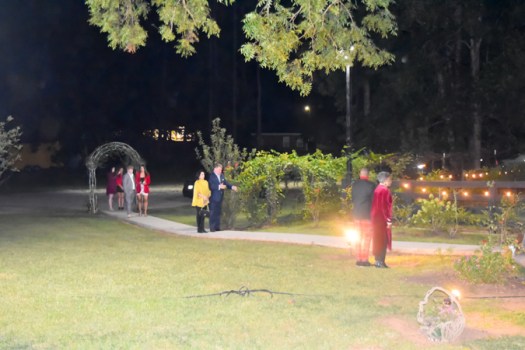 As filming winds down for the Christmas-themed movie being shot at Nutwood Winery and other locations around LaGrange, local residents have learned that participating in a movie can be fun, but it’s also a lot of work.

The holiday romantic comedy stars Ansley Gordon and Chris Connell, but a number of local residents were able to participate as extras in the made-for-TV movie.

Business leaders around LaGrange also opened up their workplaces for filming and served as extras to help out the movie production because of the benefits it brings locally.

“They think we are doing them a favor, but the movie will help bring money and tourism to LaGrange,” said Sandy Lee, General Manager of Courtyard by Marriott. Lee is serving as an extra in the movie.

On Wednesday night, filming began at Nutwood for one of the larger scenes in the movie, a Christmas party, so a few dozen local residents were invited to participate as extras.

Jeff and Mary Higgins, owners of Higgins Funeral Home at Hunter Allen Myhand in LaGrange, also served as extras in the film.

Mary said she and her husband’s primary reason for participating in the film is to help out LaGrange. She and Lee said they also served as extras during earlier filming at C’sons in Downtown LaGrange.

Being an extra in the movie was a bit more work than she initially expected.

“There’s a lot more involved than what you see on television,” Mary said.

She said most of the takes were reshot eight or more times.

For some extras, the filming also meant long nights. The Christmas party was set at night, so most of the filming began for the scene after sundown, which made for a long night. Higgins said the director sent most of the extras home around 2:45 a.m. They asked for a few people to stay to finish up the shots. Mary said they took that as an opportunity to go home

The extras were also asked to show up as if they were going to a Christmas party, which meant warm clothing. Mary said the weather accommodated because it ended up being quite cold for the outside shots.

Aside from long nights, participating in the film was a fun, positive experience for local extras.

“It was a good experience,” Lee see. “I don’t think I have a career in acting though.”

Local filming is expected to end around Tuesday. The filmmakers still haven’t announced a U.S. channel for the movie but have said it will be shown in about 26 countries.