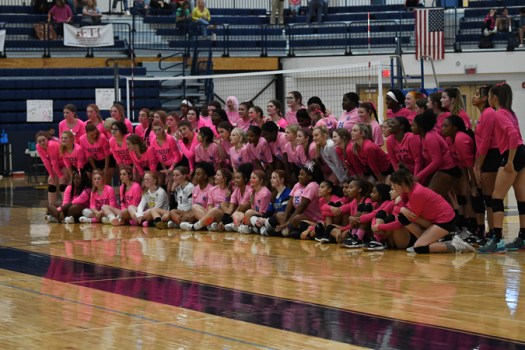 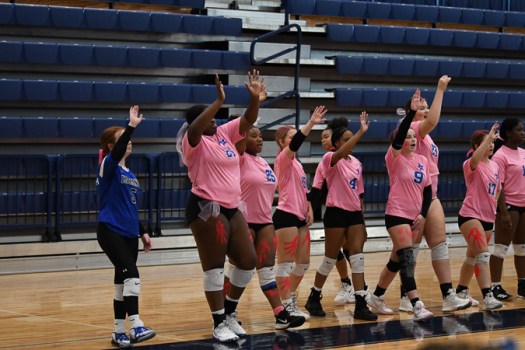 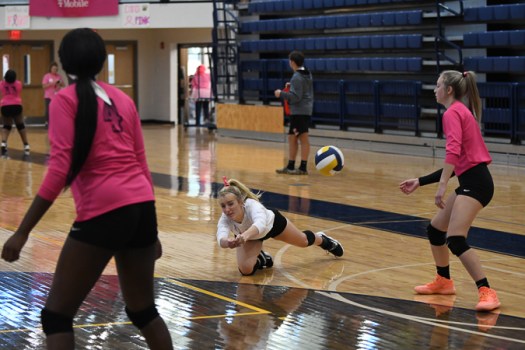 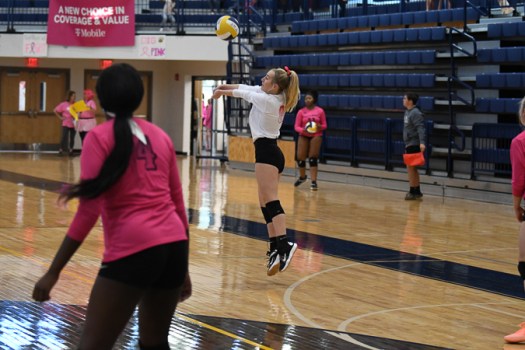 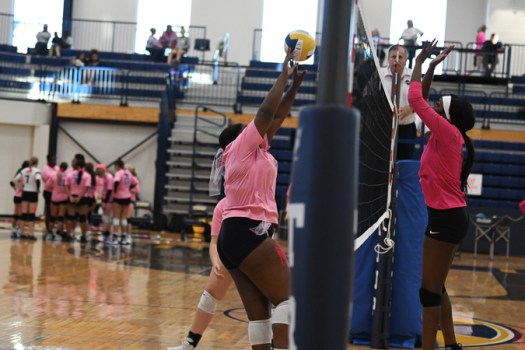 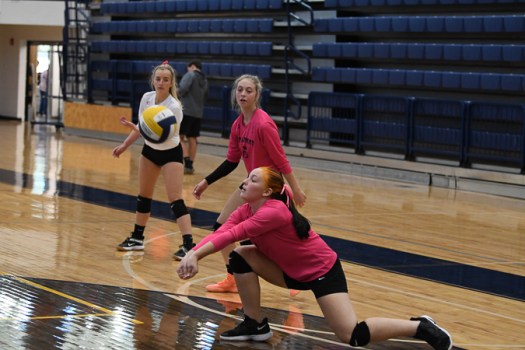 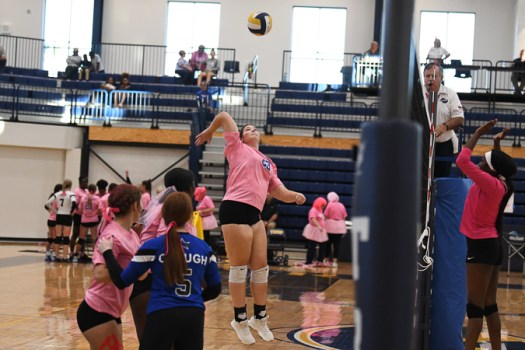 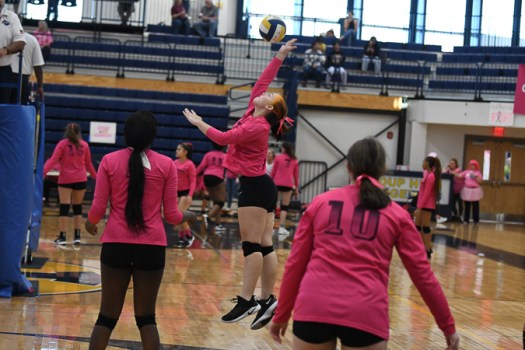 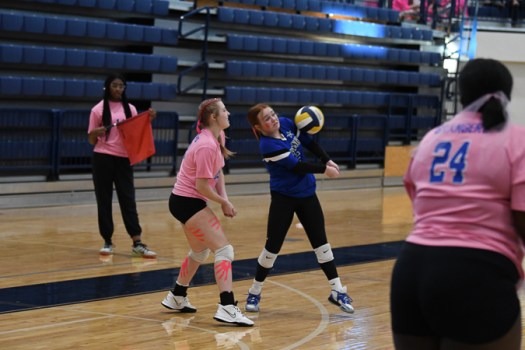 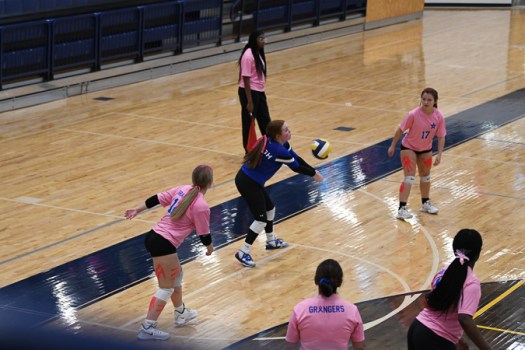 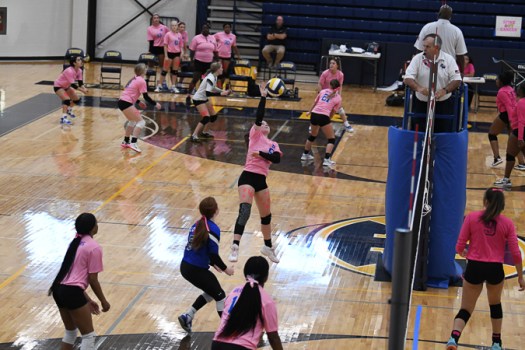 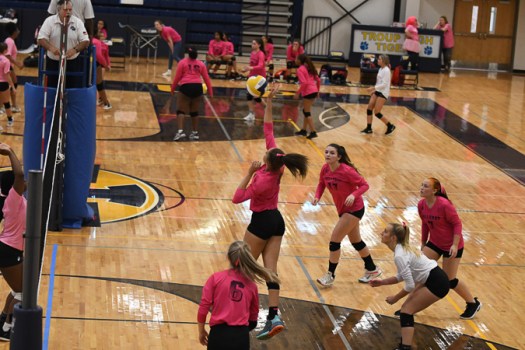 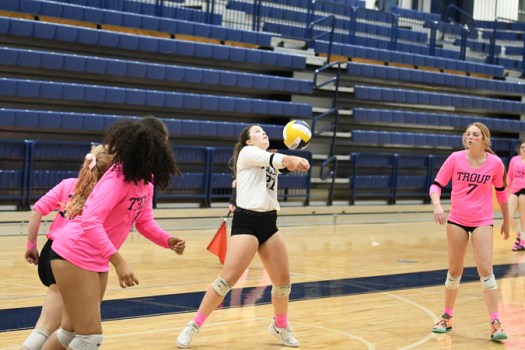 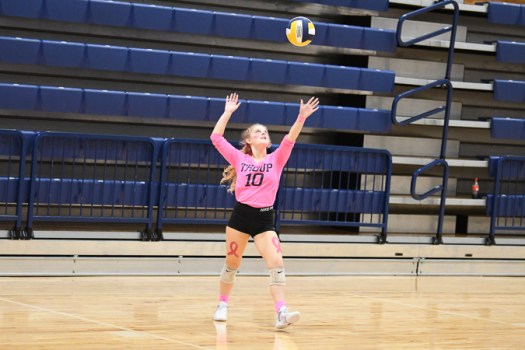 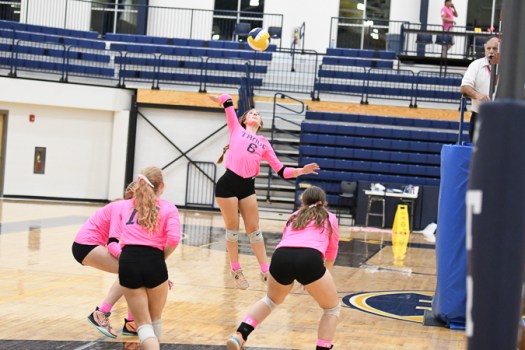 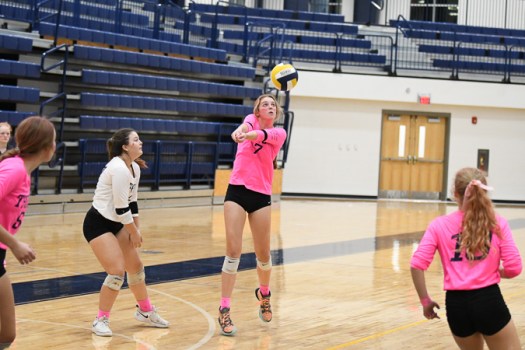 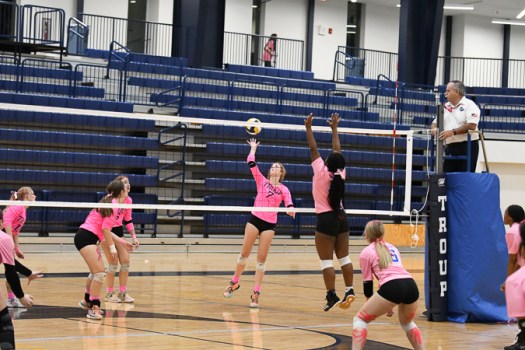 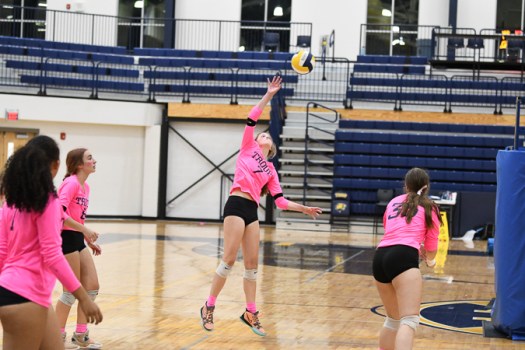 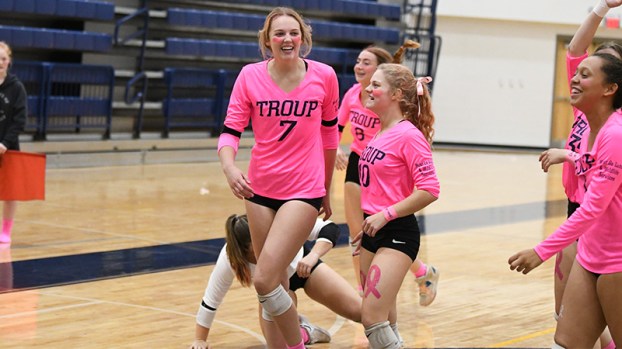 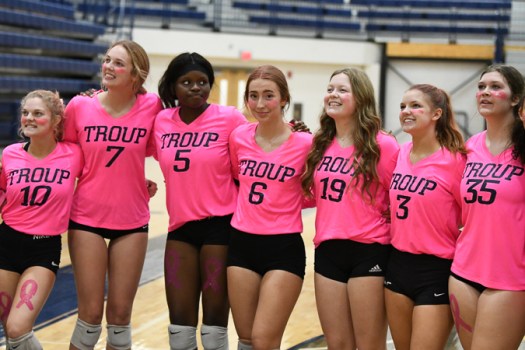 The 10th annual Dig Pink volleyball tournament was another big success on Tuesday night. Callaway, LaGrange and Troup converged on Troup High’s gymnasium for an evening of volleyball. Tuesday was about more than just volleyball.

Assistant Troup coach Jodi Dowden started the tournament in 2013 when she was the head coach of the Tigers. She is a survivor of breast cancer and this event means so much to her.

“I’m proud of the fact that all three schools come together and how it’s grown,” Dowden said. “We should be able to make a really nice donation to HOPE for a Day.”

It was a special night as Troup held raffles as each of three teams put together baskets to bid. All proceeds go to the HOPE for a Day foundation.

“When I was a manager, she was fighting cancer,” Troup coach Hutch Blair said. “To watch her go through that was hard. This is a way to honor her and all those who have struggled with breast cancer. I feel like this is a great way to get the community involved to fight breast cancer.”

“This is awesome,” Callaway coach Shelby Goins said. “I was in school when the event started and [Dowden] was actually my teacher. It is a full circle moment and it’s just really cool.”

In terms of the play on the court, the Tigers were pushed to the limit in the first game of the tournament against the Cavaliers. Troup prevailed in three sets.

“We had a big win in the first game even though we didn’t get the win overall,” Goins said. “Just beating Troup in that first set and never having to call a timeout because the girls stayed level headed. They worked hard and fought hard, and we did not play like that against Troup at the beginning of the season.”

Match two saw the Cavaliers come out on top of LaGrange in three sets. Callaway cruised to a 25-12 victory in the opening set before the Grangers struck back with a 25-21 win in set two. The Cavaliers showed their composure and closed out the match with a 15-11 victory in the third and final set.

“I was a little frustrated because I thought we didn’t have to go to a third set,” Goins said. “We are trying some new things out and getting ready for regionals.”

“I love playing against coach Barrientos and coach Goins,” Blair said. “It’s good competition, and I like the healthy relationship with one another.”