Friday night lights: Grangers are set for a homecoming to remember 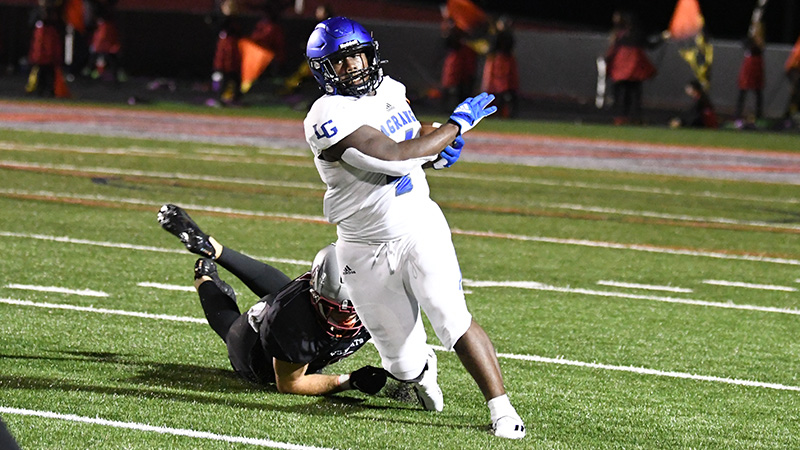 LaGrange is in the midst of homecoming week that will culminate in a showdown with region foe North Clayton, which sits at the bottom of the region standings, on Friday in Callaway Stadium.

“We are still in the mindset that we want to go 1-0 every week,” LaGrange coach Matt Napier said. “From a preparation standpoint, we need to stay the course. We don’t want to look past anybody or look to next week.”

Despite the focus on this week, it could be a relatively comfortable game for the Grangers on Friday. North Clayton is 1-6 overall and 0-4 in region play. The Eagles closest region game was a 34-0 loss to Fayette County on Sept. 15. The Eagles have been outscored 295-34 across its seven games this season.

School is out on Friday, but do not expect the Grangers to deviate from their routine. Napier plans to have the boys in a little earlier than usual, yet plans to maintain the same home game routine they have had all season long.

LaGrange is coming into the game after earning its first region win of the season with a 28-14 victory over Riverdale last Friday.

“Winning the turnover battle was critical,” Napier said. “Outside of the onside kick they recovered to start the game, we did not have a turnover. We created turnovers and attacked the ball well.”

Defensively, Denorayon Reid was able to get an interception to help win the turnover battle for the Grangers. What was even more impressive was his ability to come up and make a tackle as he registered eight in the game against Riverdale.

“He’s a playmaker,” Napier said. “He’s a kid that continues to get tested and has responded to the challenge. He doesn’t shy away from the contact.”

One of reasons the Grangers won the turnover battle was the steady hand of starting quarterback Jaylan Brown. After throwing his first interception of the season in the Grangers previous game against Whitewater, he played a clean game last Thursday against Riverdale. He completed 7-of-12 passing attempts while throwing for 148 yards and two touchdowns. Brown added 23 yards and a touchdown on the ground to his ledger as well.

“He’s an experienced guy with that leadership that you want to see,” Napier said. “He’s critical for our team. He’s cool under pressure and makes big plays when we need him to. He’s responded to adversity through this year by making a big play to spark the team.”

Brown’s connection with Magic Johnson has been a big reason for the Grangers success this season. Brown caught five passes for 118 yards and two touchdowns last week. He leads the Grangers in all three categories on the season with 26 catches for 501 yards and five touchdowns. No Granger has more than five catches, 200 yards or three touchdowns as Johnson has done most of the heavy lifting in the receiving department.

“Him being cleared and ready to go was important. He’s just starting to get his comfort back,” Napier said.

LaGrange will be taking the home stretch of the season one game at a time, and it starts with a home game on Friday against North Clayton.

“We are not there to put on a show,” Napier said. “We are looking for ways to improve our team and get better.”