‘The facilities were terrific’: LSU band rehearsed at Callaway Stadium before Auburn game 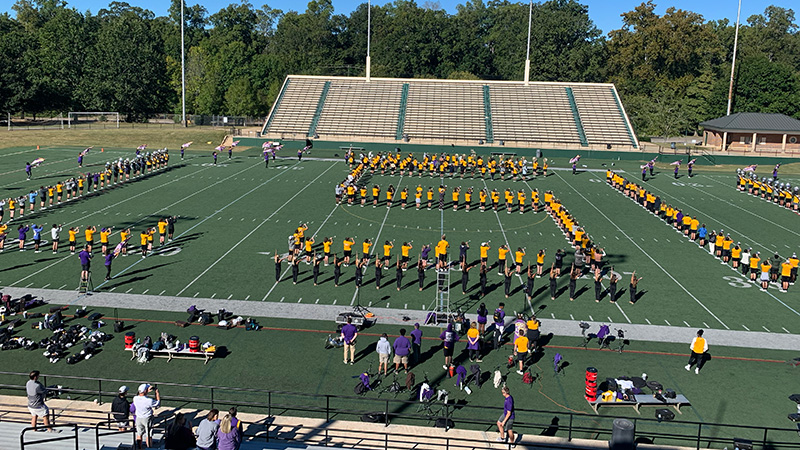 Over the weekend, LSU’s marching band rented out Callaway Stadium to rehearse before performing at Auburn’s Jordan-Hare Stadium on Saturday during the Auburn-LSU game.

According to Facility Manager Keith Williams, the band rented out the stadium for a couple of hours to practice before heading to Auburn.

The LSU band covered the field with approximately 400 members, including the instrumentalists, flag and color guard, dancers, and other staff members.

“The facilities were terrific and the students enjoyed their stay,” Damon Talley, Director of Bands at LSU said. “We had a great rehearsal at the Callaway Stadium and enjoyed the great help from their staff for a smooth process.”

The stadium has been rented to out of state high school and college teams in the past as well. The notable schools include Georgia State University.

“We’re a great site to hold your practice in prior to your game,” Williams said. “The stadium is a location everybody kind of hears about and comes through to practice.”

Williams said they have had a couple of high school teams who have come from places like Tifton and Cochran on their way to the state finals to practice.

“We try to make the stadium a good place where you’ll definitely have a good time,” Williams said.