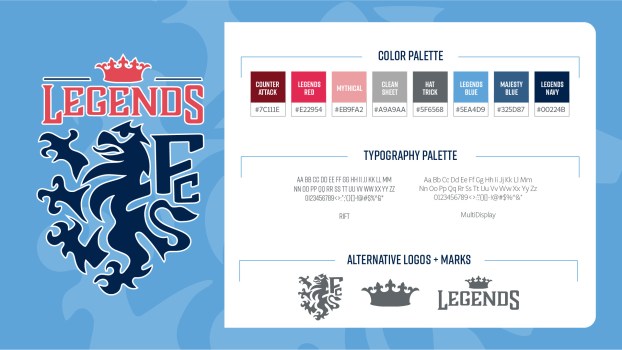 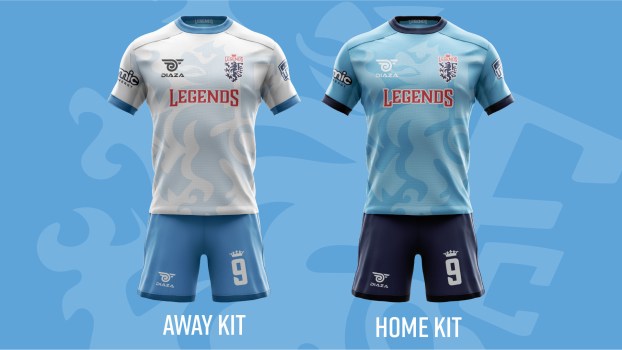 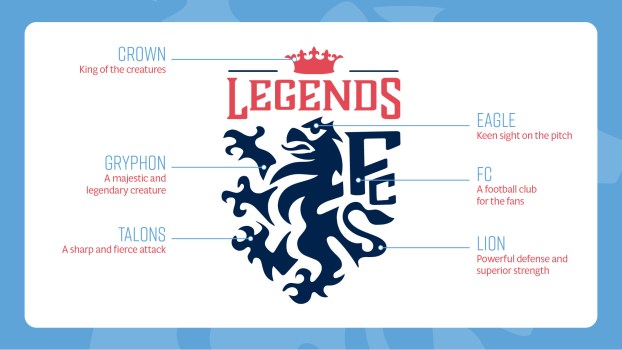 It is a new dawn for new LaGrange semi-pro soccer team Legends FC as the fledgling team held its brand reveal on Friday.

“Now, it’s real,” club founder John Fuller said. “The kits are designed, the logo is designed and finalized and looks amazing and stays true to the name. I think this is something that this town and community can be proud of.”

It was another step for the team with tryouts just a little over a month away and just a couple weeks removed from the official announcement of the club’s founding.

Legends F.C. will be dawning blue and white jerseys with a hint of red worked in. The crest is of a gryhpon.

“That is what Andy (Fritchley) came up with because we are Legends F.C., so we needed something legendary,” Fuller said.

Parts of the logo have different meanings. The talons represent a sharp attack, the lion represents powerful defense and superior strength while the eagle represents a keen eye on the pitch. A crown rests atop the primary crest and will be used as a secondary logo as well. The crown represents the gryphon being the king of the creatures.

The next step forward is tryouts that are set for Nov. 11 and Nov. 12.

“We are super excited,” Fuller said. “We told everybody about the team a few weeks ago, and we’ve been waiting for this brand reveal.”