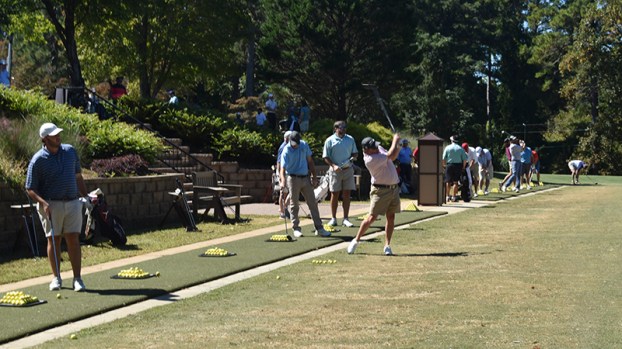 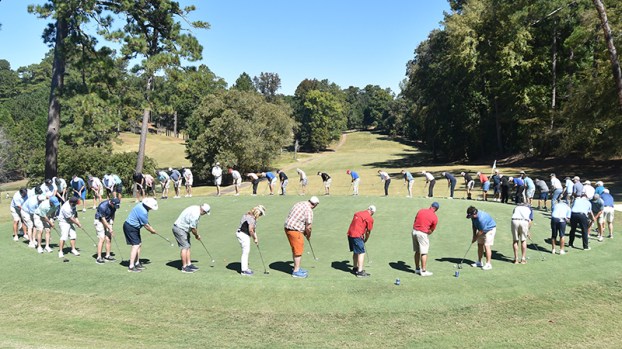 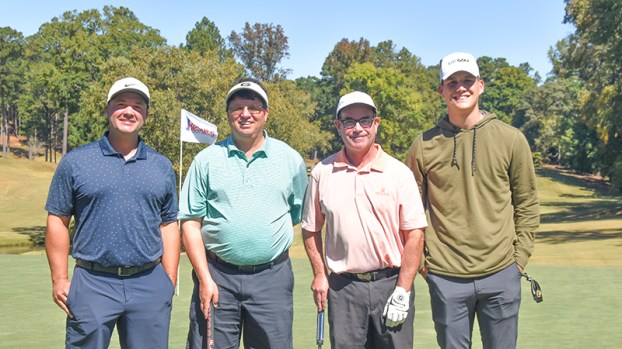 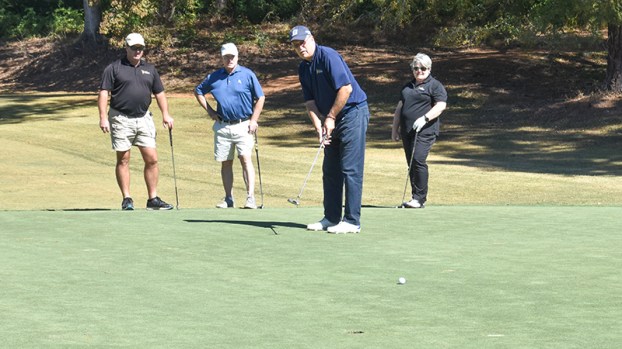 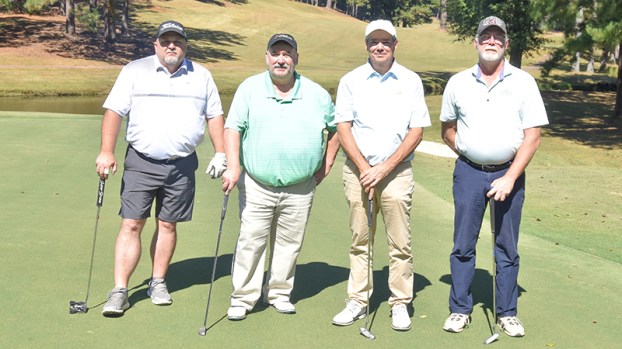 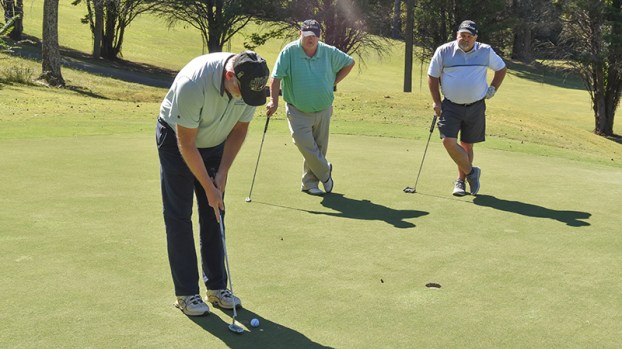 On Thursday, local pin seekers and business leaders took to the greens at Highland Country Club for the annual LaGrange-Troup Chamber of Commerce golf tournament.

A team from Knox Pest Control finished first in the tournament, taking home a prize of $1,000.

The Peachy Greens Chamber Golf Classic, as the tournament has been known for a few years now, is a four-person scramble format, where two flights of teams (usually businesses) compete for the lowest score. The best shot is used among team members as they play through the course.

The annual tournament was created 18 years ago as a networking opportunity for chamber members. Teams compete for the top prize of $1,000, but the goal is to have fun, mingle and talk business. Chamber members also have to opportunity to sponsor “Business on the Tee” where they can set up tent booths to show off their businesses and offer fun giveaways.

The tournament used to rotate between Highland Country Club and The Fields Golf Club, but it has been held at Highland in recent years.

“This is the third consecutive year at Highland. We’re hoping that we can continue that relationship,” Chamber Chairman Jamey Jackson said. “Highland has been such a great partner with us in terms of carts, food service, drinks, staff and the quality of the course. They have really rolled out the red carpet to being a partner with the chamber.”

Partnerships like this are the whole reason why he accepted the position as Highland GM, Marra said. Community outreach makes sure that the club remains vital. Marra has been the general manager for the club for about seven months.

“A lot of people here are seeing the club for the first time as well,” Marra said. “Hopefully, we see some additional new members come out of it.”

Jackson said the tournament is one of their biggest in terms of competitors. He said the afternoon flight sold out and only three spots were unused for morning teams. The tournament is limited to 20 teams during each flight.

Throughout the day, there are additional contests, such as the Around the World Putting competition where golfers surround a green and take simultaneous shots at the hole in rounds until someone sinks the shot.

In addition to prizes for a hole-in-one on certain holes, the tournament traditionally has a fun, off-the-wall challenge hole. This year the tournament held a “Pot Shot” contest, where golfers competed for the best shot while sitting on a toilet.