Senior Spotlight: Karmelo Burton is more than a lockdown corner for Callaway, he is a leader on and off the field 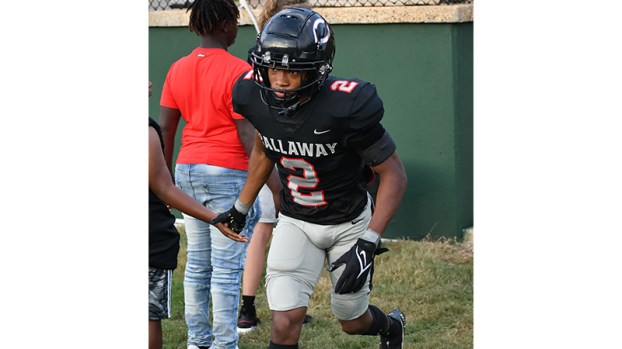 Photo from Smiles by Leslie 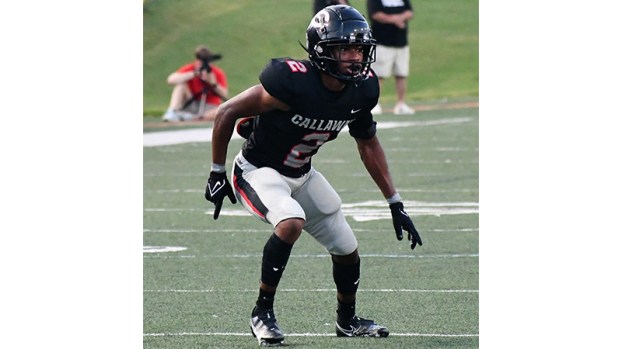 Photo from Smiles By Leslie 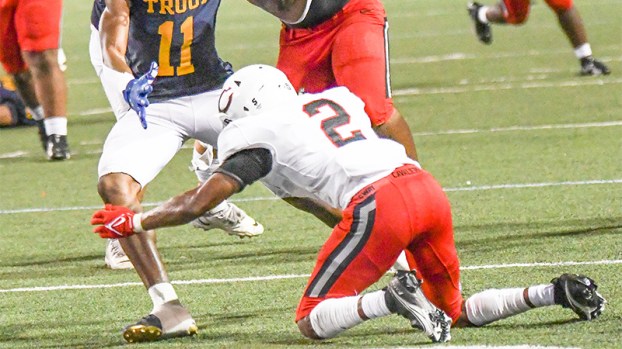 Karmelo Burton is more than just a shutdown corner for Callaway, he’s also a leader for the team. The senior has had to step up and protrude a level of calmness and leadership for the Cavaliers this season as they struggled to a 0-3 in start to the season.

“The first three games that we lost, I felt like there was not enough effort put in,” Burton said. “We got back together and made it happen.”

The Cavaliers regrouped and have rattled off three straight wins against Heard County, Redan and Columbia. This was in large part due to the stellar play of the defense.

“We just kept saying that we had to keep pushing,” Burton said. “We are trying to get to the championship, and we still have other goals we want to achieve.”

Burton knows what it takes to win the big game. As a sophomore, he was an integral part of the Cavaliers winning the AA state championship in 2020 — the first in program history. Now, Burton wants to recapture that high. He believes the team has what it takes to get back to the mountain top, and the last three games serve as evidence of that.

Burton has been a key contributor for the Cavaliers since his sophomore year in 2020, but it was not until this season that he fully stepped into the shoes of a leader for this team.

“Everyday at practice I try to be a leader,” Burton said. “I speak loud and if anybody is doing something wrong, I pick them up. We don’t fuss at each other, we just pick each other up.”

This year’s defense has a lot of youth in its ranks. This has led to some growing pains that were evident across the first three games of the season. Now, the Cavaliers defense is finding a groove.

“We have a young team, so we just have to make sure everybody knows what the defense is based off of,” Burton said. “They didn’t know at first, but now they are picking it up.”

Burton has the faith of his coaching staff who believe he has what it takes to shutdown an opponent’s top receiving threat. Earlier in his career, Burton expressed doubts about his height, but his confidence has grown during his time at Callaway High.

“Sometimes they try to throw a fade route on me near the goal line because I’m shorter than most of the receivers,” Burton said. “[Getting my hand on the ball] is one of the best feelings in the world. I can’t describe that feeling.”

He started playing defense full-time once he got to the high school level, which meant that there was a large adjustment curve. It did not take long for Burton to get adjusted to the speed of the game at the high school level as he got his first start on varsity his sophomore season and never played a down of JV football again.

His time as a Cavalier is nearing its end, but his football career looks like it will continue on for the foreseeable future. Burton has offers from the likes of Maryville and Warner University, and he is weighing his offers before making such an important decision.

His time nearing its end at Callaway is bittersweet, but he looks at the potential doors opening in his future rather than being stuck on a nostalgia trip. Before he departs, he plans to add to his legacy. For Burton, legacy is not just about big interceptions and physical tackles, it is about what you leave behind with the younger guys looking to fill his shoes in future seasons.

“I felt like I learned the game pretty fast,” Burton said. “That allows me to help others. There are some young guys on the team right now that I can help them see the game better.”

Burton is not a gatekeeper for what he has learned. He thought playing cornerback was just following a wide receiver around when he first picked up the position. Now, he knows techniques and footwork that he wants to pass on to some of the younger players on the team.

Burton is proud to be a Cavalier and plans to carry it with him wherever the next phase of his journey takes him.

“Being a Cavaliers means being family,” Burton said. “I know that we don’t have all the facilities and the new stuff that other schools have, but the coaches in our program make sure we work hard everyday. I feel like we stand out with our work ethic and the coaches never give up on you.”