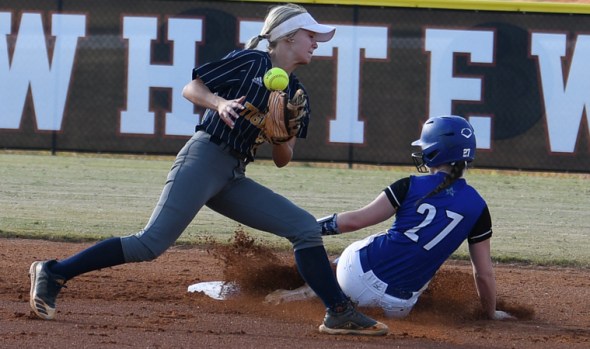 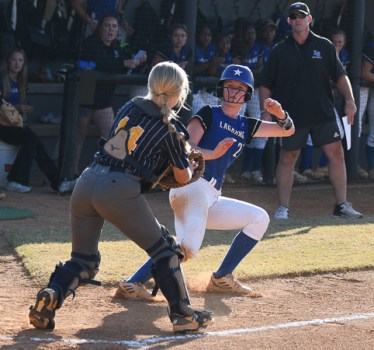 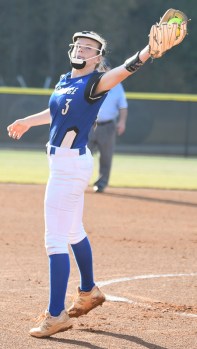 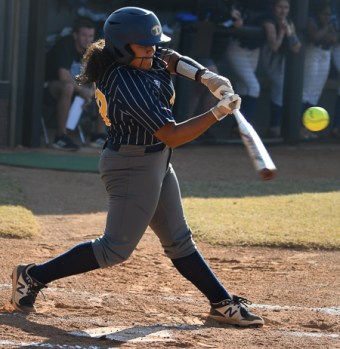 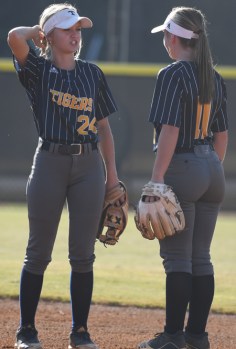 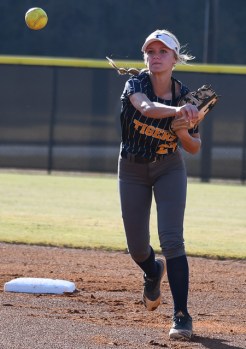 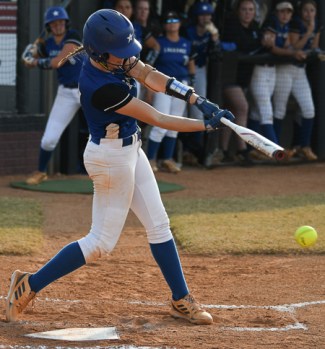 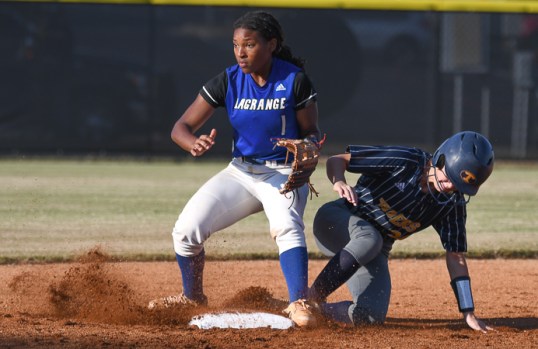 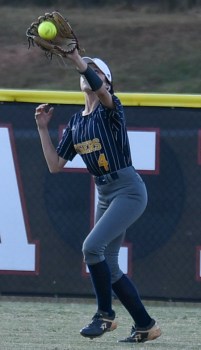 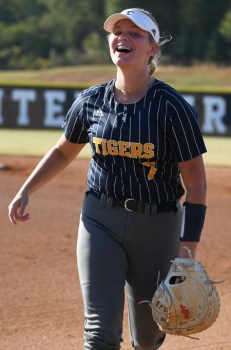 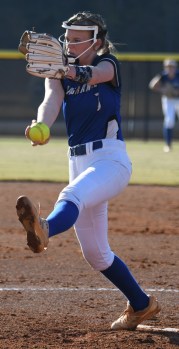 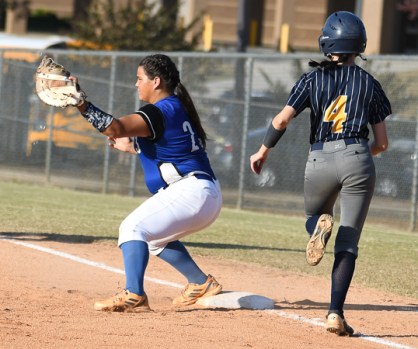 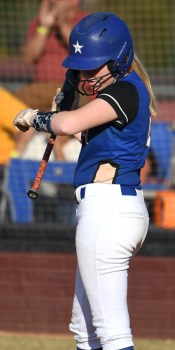 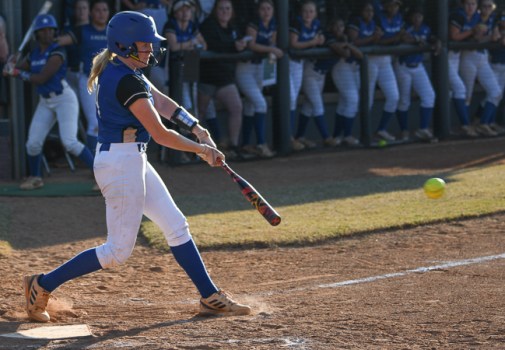 The surroundings were new, but the game that played out between LaGrange and Troup at Whitewater High School was another instant classic between the two rivals. The Grangers prevailed 3-1 and will be heading back to Whitewater on Thursday for region championship game,

“It feels good,” LaGrange coach Craig Mobley said. “When you come into a game and practice becomes execution, it feels good. We had some good pitching and timely hits, which correlates to winning softball.”

The game played out as a pitcher’s duel between two underclassmen who have been outstanding on the mound this season. It was LaGrange’s Zoe Thompson, a sophomore, that came out of the game as the winning pitcher. She limited the Tigers to just five hits and one earned run on two strikeouts as she went the full seven innings.

“Zoe has been Mrs. Consistent all year,” Mobley said. “She’s given up some hits, but she grinds her way out.”

Not to be out done, Troup’s Camdyn Bassett was equally as dominant on the mound, allowing just seven hits and one earned run on three strikeouts.

The Tigers had a chance to open the scoring in the top of the first inning when Sheniyah Philpot doubled and advanced to third on a fly out, but could not get her home as the Tigers were left to rue their chances. The Grangers almost broke the game open themselves in the bottom of the fifth when Carolyne Garcia hit a single to left field, but an absolute peach of a throw from Caroline McInvale allowed Chloe Liechty to tag Hudson Wood out at home plate.

The game was deadlocked until the Grangers offense sparked to life. With two runners on, Garcia reached on an error to drive Kimberly Reynolds home and give the Grangers the first lead of the afternoon. This was followed by an Abby McGill RBI single to give the Grangers a 2-0 lead. With runners on first and second, Bassett was able to limit the damage by getting three straight outs.

Troup had an answer in the top of the fifth inning. Anna Grace Keller stole home to cut the lead to one. With runners on the corner, Ramsey Clark hit a ball down the third base line, driving in a run. Initially ruled a valid hit, the umpires said that Clark stepped out of the batter’s box and was called out — the second time she was called out in such a manner in this game.

Tatiana Dudley scored on a steal of home in the bottom of the fifth to wrap up the scoring in the game.

Madeira Sirmons, Shelby Addison, Haley Cotton, Keller and Philpot all had a hit apiece in the game for the Tigers.

Reynolds and Kaylee Bryant were each 2-for-3 with a run scored. Bryant, a senior,  will have to step up in the pitching department as the Grangers will be without one of its top pitchers in Kaylee Foster, who will be missing the rest of the season with a knee injury.

“I hate that Kaylee Foster got hurt at our tournament,” Mobley said. “She’s still a part of the team, and she is still at every practice. She is still very vital to what we do every single day.”

Harlee Overton, Garcia and McGill all had a hit apiece. McGill’s defense at shortstop was also crucial to keeping the Tigers bats at bay.

Troup will be back in action on Thursday at 5 p.m. in the third-place game in the region tournament at Whitewater High School. The Tigers will play the fourth seeded Trinity Christian Lions. The Tigers will either be a third or fourth seed in the state playoffs and will be on the road regardless of the outcome of Thursday’s game.

LaGrange will play on Thursday after the conclusion of the third-place game with a rough start time of 7 p.m. scheduled. The Grangers will play no.1 seed Whitewater who are a perfect 25-0 on the season. It has not been long since the Grangers last region title (2020) but will have a chance to get another win on Thursday. The game will also decide who gets to host a super regional tournament under the new postseason format. The loser of the game will be on the road.

“It’s huge for us,” Mobley said. “It’s for a region title, but it’s all about seeding and whether we will be on the road or at home. We have to show up and play competitive ball.”