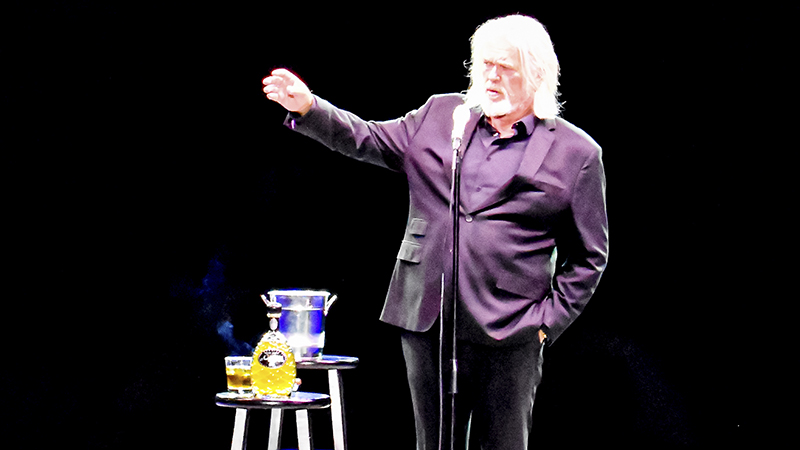 Ron "Tater Salad" White closes out the 2022 Sweetland Amphitheatre concert series. The performance could be one of the last for the Blue Collar comedian.

Ron White closed out the Sweetland Amphitheater 2022 concert season on Sunday night with what could be one of the legendary comedian’s final performances.

The 65-year-old comedian announced he plans to retire at the end of the year. White is most known for his appearances with Jeff Foxworthy, Bill Engvall and Larry the Cable Guy as part of the Blue Collar Comedy Tour.

White is the first comedian to appear at Sweetland and almost certainly won’t be the last.

“We definitely intend to have more comedians and different types of events in the future,” said LaGrange Marketing and Communications Manager Katie Van Schoor, noting plans are in the works for kid’s shows as well.

White’s fans packed Sweetland Amphitheater for one of the last opportunities to see him perform. Tickets for the show were nearly sold out prior to the event.

“This is the most people I’ve seen for an event at Sweetland,” said Luke Frailey, who attended the show with family members Sunday night.

The show also included a performance by comedian Chris Voth, who has appeared on Last Comic Standing, Comics Unleashed and the Late Late Show.

The event closes out the 2022 concert season. The next major event for the venue is Sweetland on Ice, which is set to return on Nov. 18. The venue is currently working to finalize events for the 2023 season.