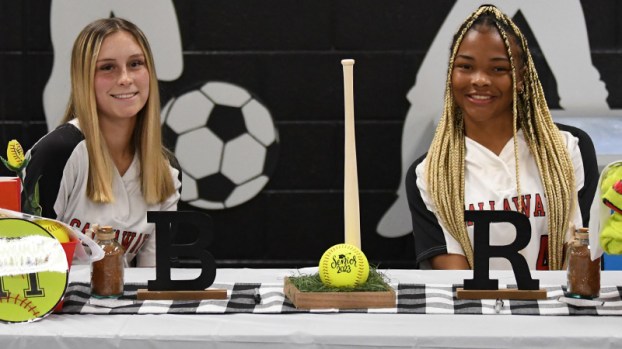 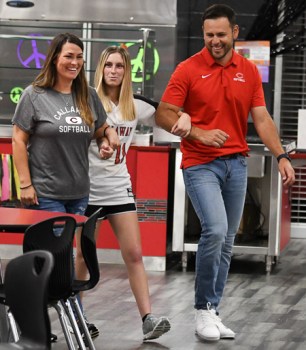 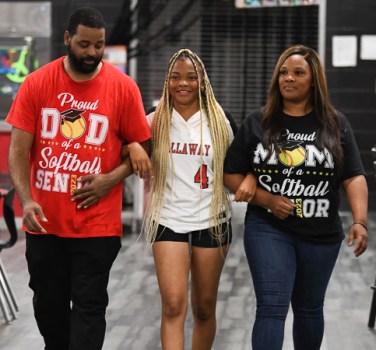 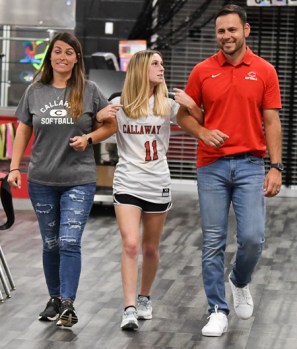 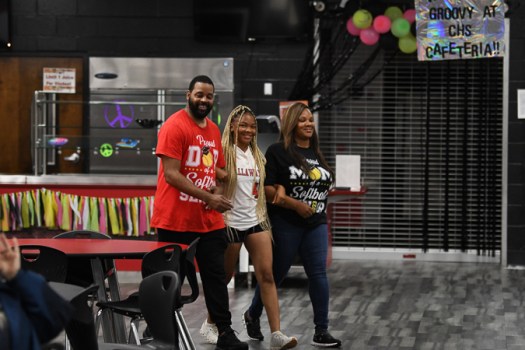 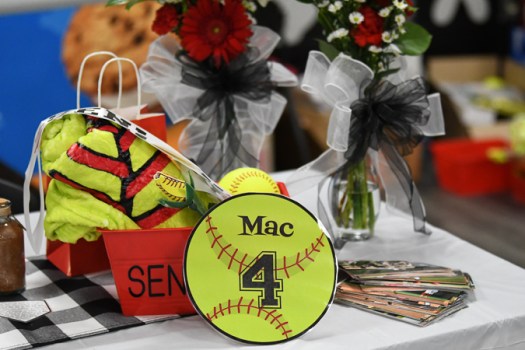 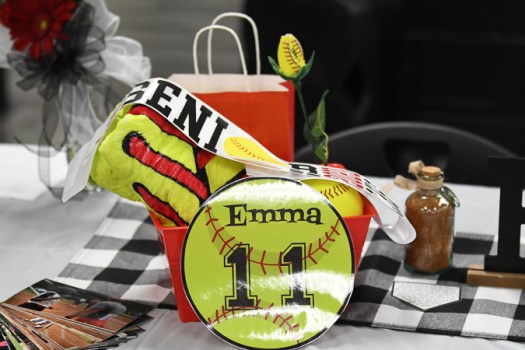 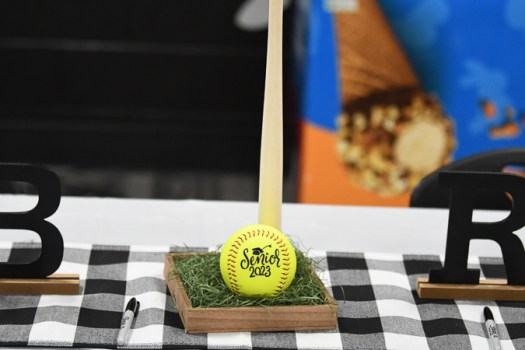 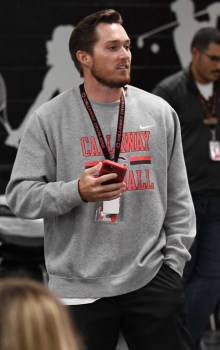 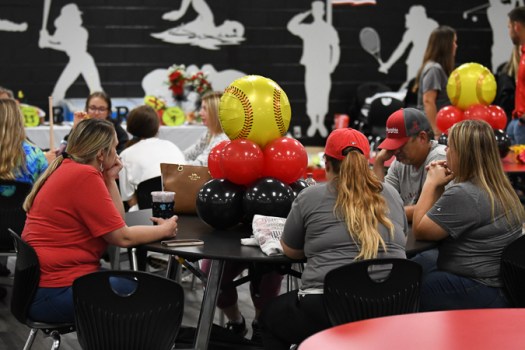 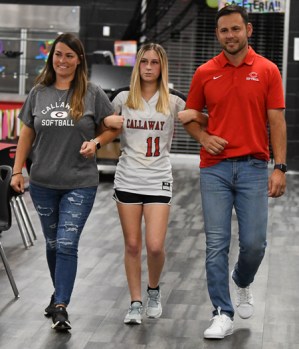 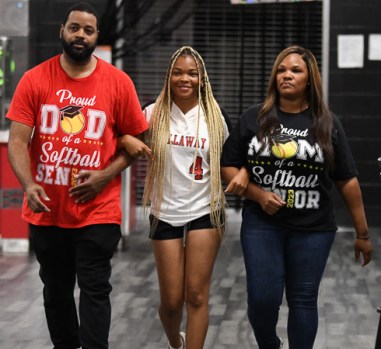 While Callaway’s game against Mt. Zion was canceled due to inclement weather, the rain did little to dampen the mood of the Cavaliers who celebrated their two senior ladies — Emma Bryan and Mackenzie Rhodes.

“Since the start of my time here, both of these girls have played integral roles on the Callaway softball team and both have enjoyed extreme success,” Callaway coach Josh King said.

Both have enjoyed stellar final campaigns with the Cavaliers. Bryan is hitting .315 with an on base percentage of .456. She is tied for first in times reached base safely (31) and third on the team in runs. Rhodes is hitting .274 with a .400 on base percentage and has supplied consistent offense from the top of the order. She is second on the team in runs scored (19) and is one of only three Cavaliers to have a home run to their ledger this year.

Both girls have played all four years at Callaway making their senior year night a true culmination of four years of hard work. Now, they are in their final few games as Cavalier softball players.

“This is bittersweet, but at the same time it’s also exciting,” Rhodes said.

Both ladies have plans to join the military after high school but have unfinished business with softball first.

“We want to go deep in the playoffs, and I think we can do that,” Bryan said.

While Bryan sticks to the diamond, Rhodes is a multi-sport athlete. She is also a member of the flag football team, the basketball team and the cheer team. Despite playing other sports, softball has a special place in her heart as does being a member of the Cavalier team.

“I’m going to remember all my teammates,” Rhodes said. “We’ve built a bond outside of softball.”

Rhodes looks back fondly on her first year playing varsity as a freshman while Bryan will remember the bond she built with all the other girls on the team.

The bonds between the girls run deep, but one thing that has been unsteady has been the positions these files lined up at during their times at Callaway. Rhodes has moved around the infield and finds herself as the starting shortstop this season while Bryan has played every position in the outfield and is currently the team’s starting center fielder.

“We want to thank both of these young ladies for their time and dedication to the Callaway softball team,” King said. “We wish them nothing but the best in their future endeavors.”

While the coaches have had a major impact on the players, it is also a two-way street.

“I always measure a season on ‘did you leave it better than you found it.’” Callaway assistant coach Dalton Reed said. “I look at it and say yes y’all have left it in a better place than you found it, especially during my two years here. You’re dedication, leadership and sacrifice has been phenomenal.”

It was the second straight season senior night that got moved to the cafeteria because of inclement weather for Callaway as King has seen last minute changes to senior night in both years he has been in charge of the program.

Callaway will play one final regular season game against Shaw at home on Thursday.