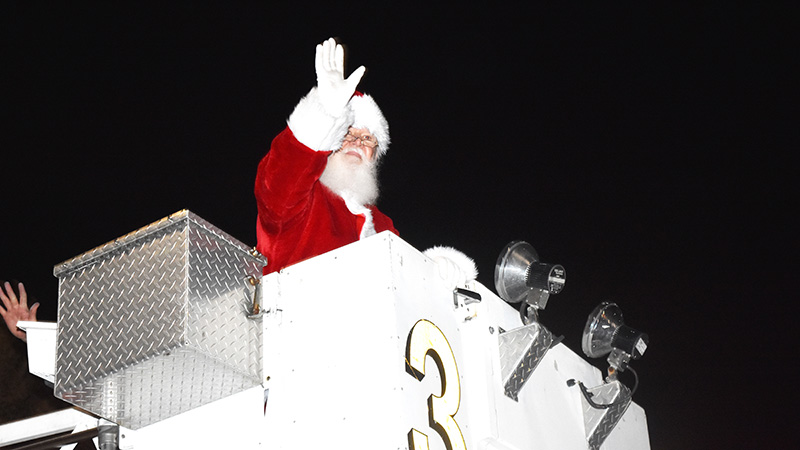 For a couple of minutes during Tuesday’s Early Bird Breakfast, it felt like Christmas. And for one longtime community supporter and advocate, an even bigger surprise was in store.

As Chairman Jamey Jackson started to transition to the new chamber members added this month, a dancing reindeer costume appeared and holiday music started playing over the loudspeakers. The reindeer handed Jackson a present, which had news on this year’s Christmas parade inside.

Jackson announced this year’s parade grand marshal will be Patty Youngblood, CEO of the United Way of West Georgia, and the theme will be “Santa’s Helpers.”

“This person is a helper in making our community stronger by supporting a network of programs that meet specific needs for improved education, basic needs and help throughout life,” Jackson said, when leading up to the announcement. “This person has raised millions of dollars to support 25 agencies over the course of 19 years, making a huge impact on so many people in our community.”

Youngblood is retiring at the end of the year.

“I’ve given 19 years, and I love this community, and that is one of the most fun events in the community. To be named the grand marshal…  I’m just so excited,” an emotional Youngblood said after the announcement.

Jackson said the theme was created in honor of Warren Adams, who has directed the parade for 30 years.

The parade will be held Thursday, Dec. 1.