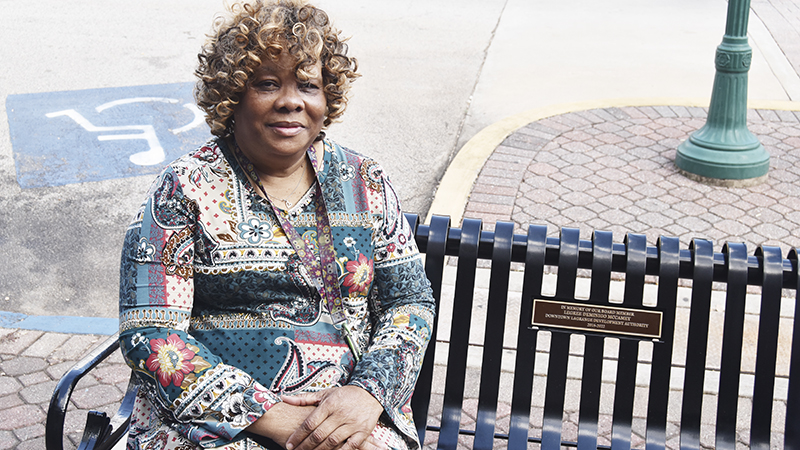 The bench was placed in front of Splendid Events on Bull Street in Downtown LaGrange because of McCamey’s longtime friendship with the owner, Janice Davidson.

“For 10 years he came here, pretty much every day and sat at that same back table,” Davidson said. “Every time he got up to leave, it was always ‘Bye, for now,’ meaning he was coming back.”

Davidson said the bench dedication was emotional for her, not only because of their friendship, but because of McCamey’s history in LaGrange.

“He’ll be my friend to the end,” she said. “He loved people. He did what he could do for people, and he did it from his heart.

McCamey was known as a team player, a great advocate for District 2 and a strong supporter of LaGrange by his colleagues at city hall. He served on the LaGrange City Council for 14 years. The City of LaGrange is currently building a fountain on Ridley Ave. across from city hall in memory of McCamey’s service to the city.