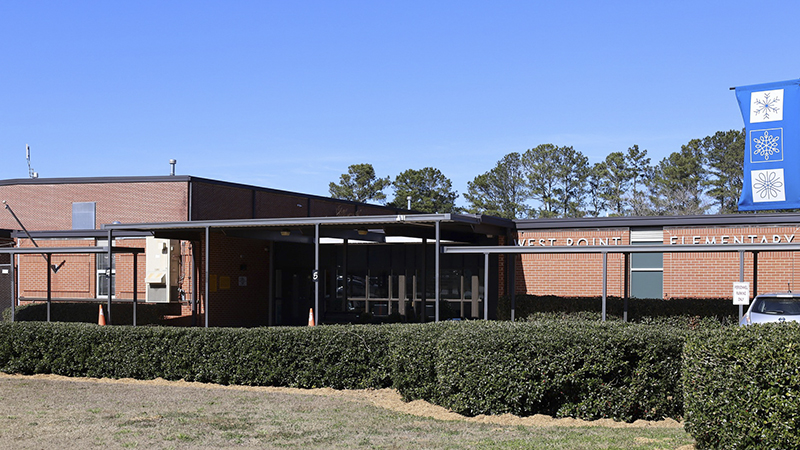 West Point Mayor Steve Tramell is hopeful that the Troup County School System will find another way to honor the late Zelma Brock after the board decided not to rename West Point Elementary School after her.

The school board announced at its Monday work session that it would not be renaming the school in Brock’s honor, but that it wanted to figure out another way to recognize her. Brock was a longtime educator at West Point Elementary School.

On Monday, Superintendent Brian Shumate presented data using a survey software named Thought Exchange, which allowed people to anonymously present their thoughts about possibly renaming the school, then to rate opinions in how much they agreed with them.

There were 264 participants and 4,113 ratings via Thought Exchange.

The most popular opinions were very appreciative of Brock and her legacy but wanted to keep the name of the school the same. West Point Elementary remains the last standing link to the former West Point School System.

“A vast majority of the ratings were very positive about not renaming the school,” Shumate said. “[Many said] they want to maintain the name of West Point because it identifies with the City of West Point, and the Old West Point school district.”

The discussion about whether or not to rename WPE goes all the way back to the beginning of 2022. In February, the West Point City Council had 350 letters in support of renaming the school after Brock and voted to approve sending a petition to the Troup County School Board.

Having spent many years serving the community in the education system, Brock was well-known and loved, according to the mayor.

Tramell said it was important to him that the community had a chance to pay tribute to her.

“​​I knew her personally and Zelma was just the most wonderful lady, and you just always came away feeling so good after being with her anytime,” Tramell said. “When you have somebody that makes such a difference in so many people’s lives, you just want to honor that.”

Board member Allen Simpson and Shumate said during Monday’s meeting that renaming any school after a person would set a precedent. In the past few years, TCSS has moved away from naming schools after people, including when renaming the newest school, Clearview Elementary School.