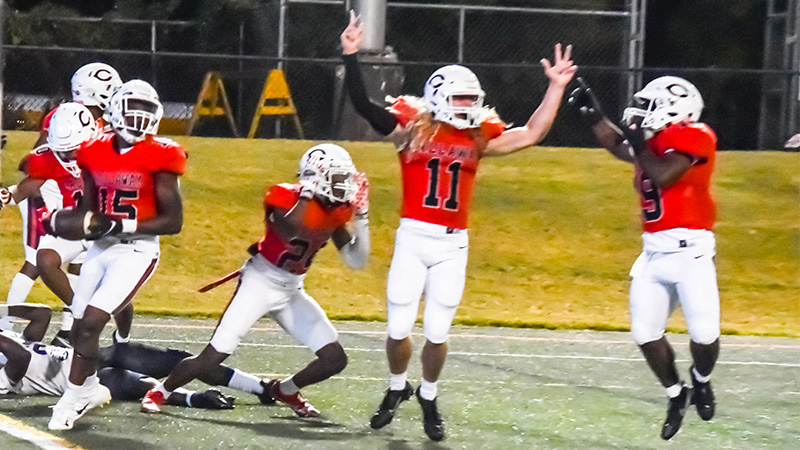 It is homecoming week for Callaway, which will culminate in a showdown with Towers on Friday. Callaway comes into the game in fine form having rattled off three straight wins after opening the season with three straight losses.

“It’s a big week for our players, our student body, and our community,” Callaway coach Pete Wiggins said. “With the festivities going on, it’s an exciting time to be at Callaway.”

Callaway is coming off a bye week and is rested and healed up after a war with Columbia last time out. The Eagles were ranked eighth at the time that Callaway defeated them but they have plummeted out of the top-10 rankings. Meanwhile, Callaway has reentered them.

“We just kept grinding throughout four quarters,” Wiggins said. “There were some things that didn’t go right for us in the first and second quarter, and we had to battle through it.”

Quay Whitefield was one of the biggest reasons for the Cavaliers success last time out and overall this season. He toted the rock 26 times for 200 yards and four touchdowns. He was not alone as the Cavaliers offensive line was opening up gaps all over the field. The Cavaliers ended the game with 326 yards rushing while averaging 7.6 yards per carry.

“Quay has been a great leader for us,” Wiggins said. “Each week he is getting more confident. He’s one of the standout guys on our team.”

Another big part of the recipe for success has been the continued emergence of quarterback DeShun Coleman. After exploding week one against Opelika, he was helped in check the following two weeks before re-emerging the last few weeks. That culminated in a great performance against Columbia where he beat the defense with his arm and his legs. He finished 5-for-9 with 83 yards and a passing touchdown while adding five carries for 90 yards.

“I think he is gaining more confidence with each game,” Wiggins said. “We are looking to see how that translates down the line for us.”

The biggest play of the game was a 44-yard connection between Coleman and Exavious Reed in the dying embers of the first half to give the Cavaliers even more momentum heading into the break.

“Reed is one of the most explosive players on our team,” Wiggins said. “DeShun made a great throw, but it all starts with the offensive line up front.”

Reed is a major force for the Cavaliers on both sides of the ball.

The defense was a force against Columbia, limiting the Eagles to just 12 points. The defense has been a key reason for the Cavaliers turnaround. After letting up 99 points in their first three games of the season, the defense has let up just 31 points total the last three games. Sam Williams, Elijah Gunn and Fred Tigner have helped the defense dominate the line of scrimmage the last few weeks. This combined with shutdown cornerback Karmelo Burton has the defense clicking into gear heading into the home stretch of the season.

“We just had to keep doing what we had been doing as a staff,” Wiggins said. “I think our kids stayed confident through it all.”

On the opposite side of the field, it has been an absolute struggle for Towers this season. Towers is 0-5-1 overall and 0-2 in region play heading into the game Friday. Struggling is nothing new to Towers as it has won just five games in the last four seasons. Towers has not been to the playoff since 2009. Towers and Callaway share just one common opponent so far this season — Redan. Callaway beat Redan 44-12 while Towers lost 25-14.

Callaway is heading into the game with a 3-3 record overall and 2-0 in region play. The Cavaliers will be looking to improve its winning streak to four games with a homecoming victory.

“We just have to continue to progress each week,” Wiggins said. “I feel like we have had a good week of practice, and we are looking forward to Friday night’s game against Towers.