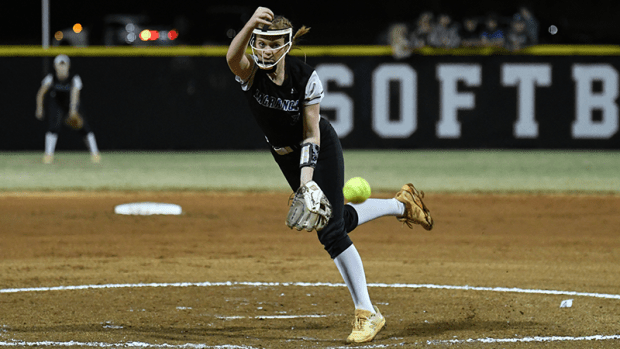 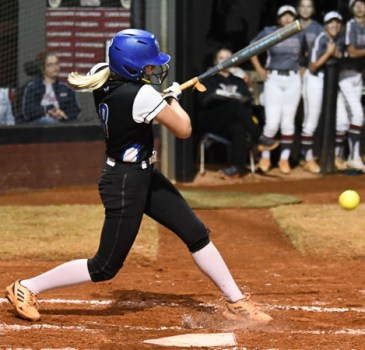 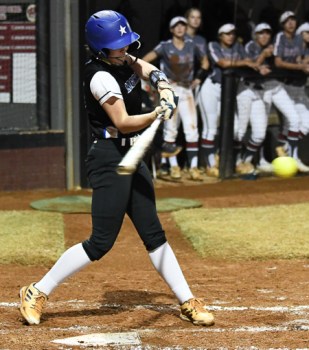 LaGrange fell just short in pursuit of a region title on Thursday night as they fell 3-0 in the region 4-AAAA championship game to no.1 ranked Whitewater.

It was a game that had a strange conclusion as the power went out and the field was shrouded in complete darkness during the middle of a play. The game was eventually called off as the girls were left to play games and have fun to keep spirits high despite an odd spot to be in.

“We sat and waited 30 minutes and the transformer was down and was not going to come back on until 11:15, so we had to call the game,” LaGrange coach Craig Mobley said.

It was a tight affair, but the Grangers could not muster a hit in the game as Georgia Tech bound Emma Friedel limited LaGrange’s ability to make good contact.

The Wildcats are currently 27-0 and ranked no.1 in AAAA softball right now. The Grangers will not find many tougher tests than this and were able to stay in the game with some quality defense and pitching.

Zoe Thompson got the start on the mound and pitched all five innings, allowing just four hits and two earned runs.

“Zoe pitched phenomenally,” Mobley said. “She did a really good job of mixing her pitches and keeping them off balance.”

The Wildcats got an early run in the first inning before adding another two in the bottom of the third inning.

“There was a couple of coaching errors that I made that led back to back doubles and a run scored,” Mobley said

LaGrange will enter the AAAA playoffs as a no. 2 seed in its first year under Mobley. The Grangers are 19-9 overall, but their regular season is not quite done yet. The Grangers will play Bryan County and the Academy of Classical education on Friday and at least one more game on Saturday for the Grangers before kicking off their playoff schedule next week.

“Both of them have pitchers that can throw around 60 (mph) and move the ball around,” Mobley said. “This will prepare us and it simulates a super regional.”

LaGrange will travel to Cairo for their super regional and with three wins there they would advance to the quarterfinals.

“We’ll be down there for two days,” Mobley said. “Zoe is pitching well and our hitting is coming around. I think we have a real good shot at winning three games and making the elite eight in Columbus that following week.”