Optimists recognize police officer and city firefighter of the year 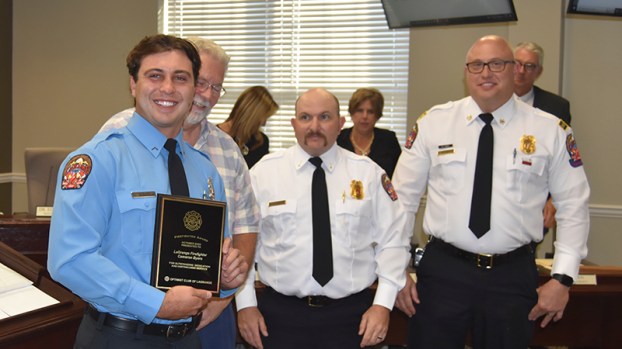 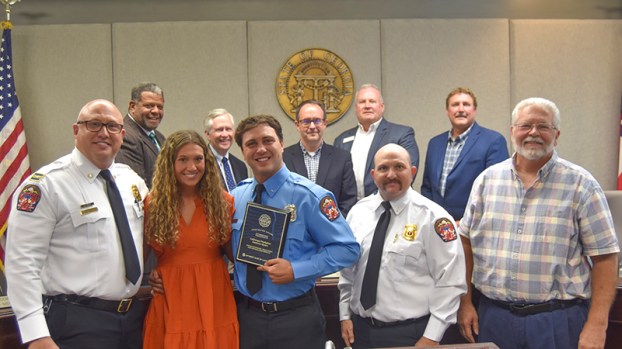 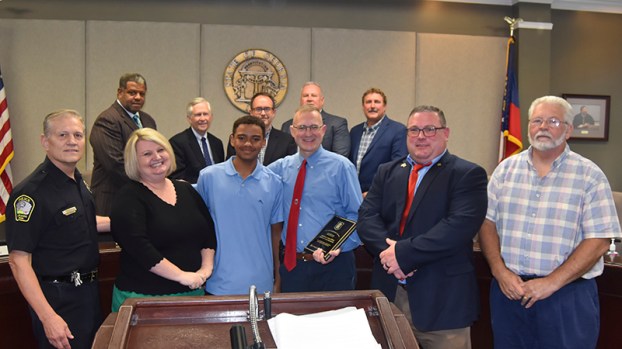 The Optimist Club of LaGrange presented its annual LaGrange firefighter and police officer of the year awards during the LaGrange City Council meeting on Tuesday.

Hall said the Optimist Club began giving out the award to police in 1965 as part of their Respect for Law Program. After 9/11, the optimists added firefighters and first responders to the annual awards. The optimists provide the awards, but the nominations and selections are made by officers and firefighters themselves. Dekmar said the award is voted on by secret ballot at LPD.

LaGrange Fire Chief John Brant said Cameron Byers was selected as LFD’s firefighter of the year because of his dedication to fire service and his teaching others.

“Cameron Byers is a bright young man, one of our outstanding young firefighters. He is not only dedicated to the LaGrange Fire Department but also dedicated to the fire service in general,” Brant said.

“He has spent a lot of time training within our department, outside of our department on the state level. He goes wherever he can to get training outside and bring back that to all members,” Brant said, noting Byers has a great attitude and is well respected and well-liked within the department.

LPD Lt. Mark Cavender said Montondo was selected as their officer of the year because of his productivity in clearing cases. Montondo began his career with LPD in the patrol division before becoming a detective.

In his first year as a detective, Montando made almost 70 felony arrests and recovered nearly half a million dollars in stolen property. In doing so, Montondo is gaining the trust of not only his supervisors whom he works alongside but also patrol supervisors and the rest of the patrol division, Cavender said.