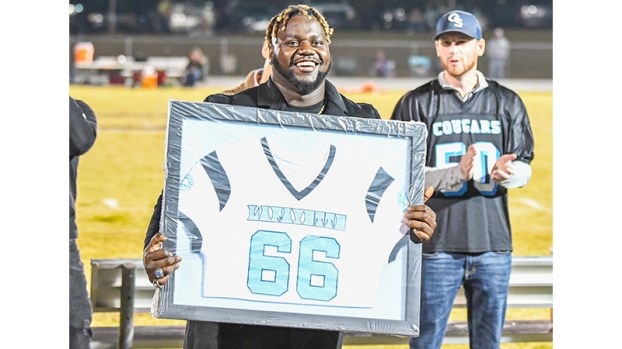 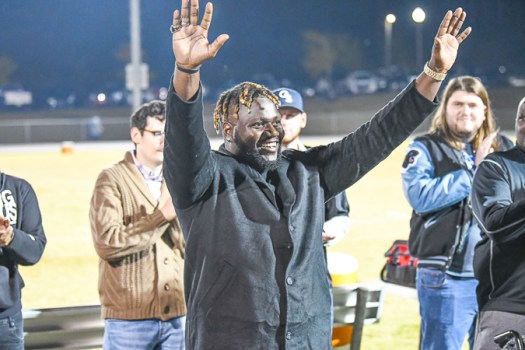 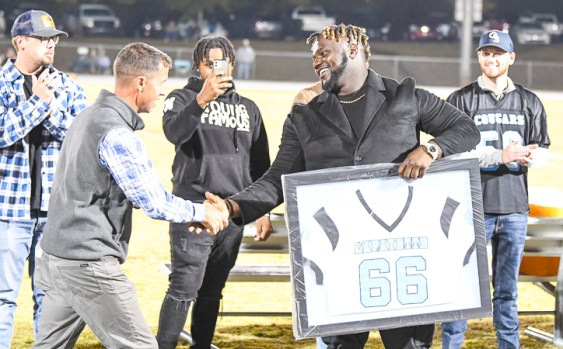 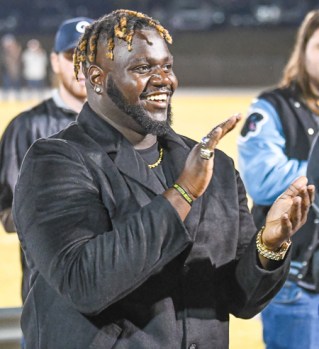 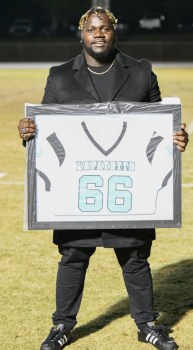 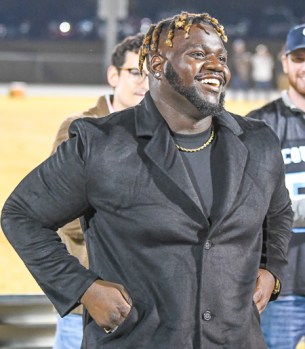 Friday night was a special night for Eli Shepherd, who got his number retired by Lafayette Christian.

“It’s very exciting, and I’m happy to be back,” Shepherd said. “I always hoped it would come. This is a very exciting moment and experience for me.”

Shepherd is Cougar football royalty. He was the starting nose tackle on the Cougar team that captured a state title back in 2015.

“All the things that we put together in the preseason led to that,” Shepherd said. “It is a memory I will never forget. I still talk about it with my brothers to this day.”

The mammoth of a man now finds himself suiting up for Savannah State University in his graduate season. He takes great pride in attending one of the most prestigious HBCUs in the country.

He is the team’s starting nose guard, but what makes it even sweeter is who he gets to line up every day against in practice.

“Me and my brother (Josh Shepherd) used to go in the back yard and play and then we got to high school and played together,” Shepherd said. “For it to become reality now makes me emotional. It’s something we’ve always wanted.”

The younger Shepherd — Josh — is also a defensive lineman on the Savannah State Tigers football team.

Before heading to Savannah State, Shepherd spent six years at The University of Tennessee at Chattanooga playing football.

“Chattanooga was like a family,” Shepherd said. “They showed me love when he went up there and visited, and it just felt like a no-brainer.”

Shepherd is a multi-time member of the Dean’s List and graduated with a degree in sports management in 2020.

Lafayette Christian may sometimes get overlooked because it is a small private school, but Shepherd has given the Cougar football players and other athletes proof they can make it to top colleges as an athlete from Lafayette Christian.

“Football is football,” Shepherd said. “If you grind hard enough on the field and in the classroom, somebody is going to see you. There is always an opportunity to play at the next level. I was fortunate enough to go to Division 1.”

Shepherd’s football career is not over yet. The Tigers have four regular season games left including a game against Clark Atlanta University at 2 p.m on Saturday. He hopes that his football journey does not stop when his final season of collegiate football comes to an end later this year.

“I’m thinking about training to get ready for the XFL or whatever comes with it,” Shepherd said. “I want to keep working hard and try to go forward with football.”

Wherever his football journey takes him next he will also have a home in LaGrange. Lafayette Christian built him into a young man worthy of representing the school and Friday night’s jersey retirement was a way to celebrate him and what he meant to the Cougar football family.

“I was able to make all my dreams happen because of Lafayette Christian,” Shepherd said. “I’m just blessed.”