On our turf: LaGrange based Atlas Turf International supplies turf for all World Cup athletic facilities 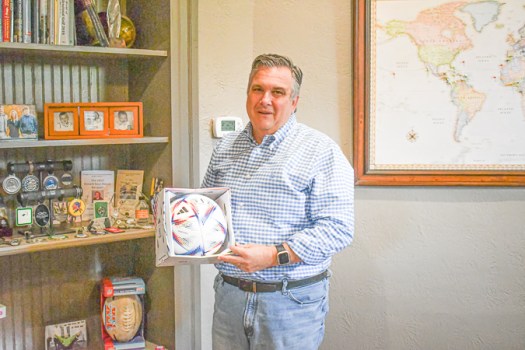 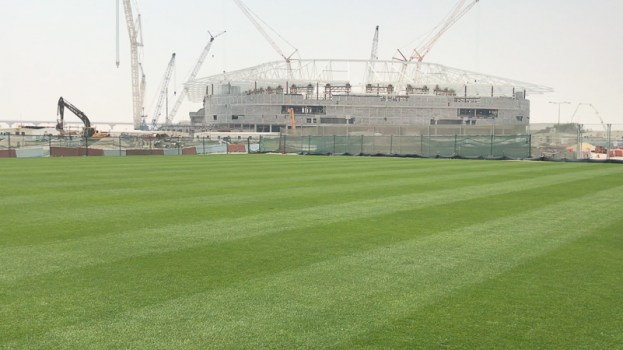 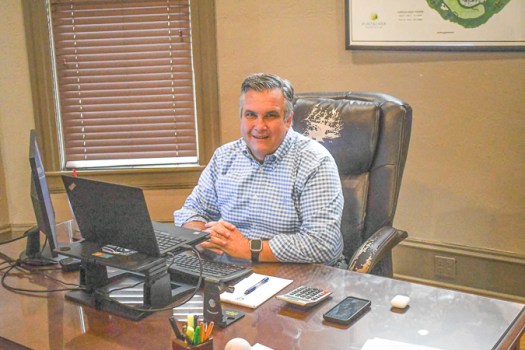 Billions of people will tune into the 2022 World Cup next month. Not many people would think that a World Cup in Qatar would have a LaGrange flavor to it, but it does. All eight stadiums and 82 practice facilities being used have turf supplied by Atlas Turf located right here in LaGrange.

“We’re a small company with a global footprint,” President John Holmes, III said. “We export turf grass all over the world.”

This will be the first time in World Cup history that all facilities will have the same type of turfgrass. This could be the last time this happens as most countries that host the World Cup already have some soccer infrastructure developed, including the United States, Canada and Mexico who are jointly hosting the next World Cup in 2026. Qatar had very little in place before the World Cup that was suitable to host large matches.

Atlas Turf did not earn the right to be the exclusive supplier of turf for the 2022 World Cup overnight.

Founded over a dozen years ago in LaGrange, Atlas Turf has exploded in recent years, but largely has gone unnoticed by the community around it. The company has been supplying turf for golf courses all over the world since the foundation of the company with hot spots in Southeast Asia and the Middle East.

“Our primary customer base has been golf courses,” Holmes said. “We had been selling turf grass around the Middle East for years, and about 10 years ago I got a call from a facility in Qatar wanting to purchase turf to use on one of their soccer pitches.”

“They did some trials with turf from all over the world, and our turf came out on top,” Holmes said. “They were comfortable with it because it had proven to be successful there already on one of their soccer pitches.”

The specific type of turf is trademarked by Atlas Turf meaning that if other companies want to produce it, they have to pay royalties to Atlas Turf, and that has become a major revenue source for the company.

Holmes was in Qatar just three weeks ago to give the turf a final inspection before the World Cup commences in late November. He wants to make sure the biggest project that Atlas Turf has been a part of goes well with games right around the corner. Before COVID-19 struck, he was there four to five times a year. It is easy for Holmes to make it all the stadiums as they are within 45 miles of each other in the Qatari capital of Doha, which is where 80% of the country’s population lives.

The World Cup has opened up a plethora of new opportunities for Atlas Turf, which was were mainly focused on golf courses beforehand.

“We dabbled in other stuff,” Holmes said. “Soccer was on our radar, but it was not a big part of our revenue. It has really put us at the forefront of soccer. We are expecting big things to happen after the World Cup.”

Atlas Turf has continued to supply turfgrass to soccer fields and golf courses while also expanding into new ventures. The company has supplied turf for municipal football stadiums, horse racetracks and cricket grounds as they continue to expand into new avenues. Originally, soccer pitches made up about 10% of Atlas Turf’s business, but now make up around 30%.

All eight stadiums — Lusail Iconic Stadium, Al Bayt Stadium, Ahmad Bin Ali Stadium, Khalifa International Stadium, Stadium 974, Al Thumama Stadium, Education City Stadium, Al Wakrah Sports Complex — will have turf supplied by Atlas Turf. All 64 games that will be broadcast all over the world will have a LaGrange flair to it even if the wider audience has no idea.

“That became an onslaught of opportunity for us,” Holmes said. “When the matches start off in November, all eight stadiums will be our turf. We expect our football and soccer business to really take off after the World Cup.”