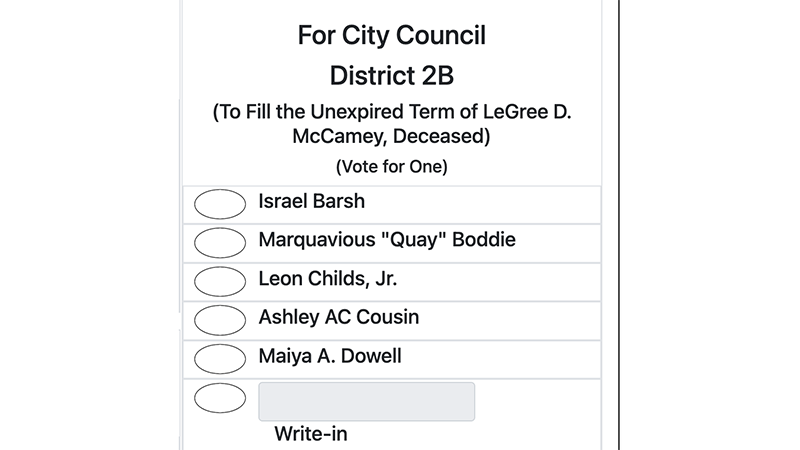 LaGrange voters may be a little confused when they go to the polls or receive their absentee ballot.

Troup County Elections Supervisor Andrew Harper said he’s talked to the secretary of state’s office about a way to filter out all ineligible votes in the race.

“Procedures are in place to only count qualified ballots cast in the Special Election LaGrange District 2 race,” a press release from the county said Monday.

Harper said anyone wondering which district they live in can look at the precinct card mailed to every voter in the city limits. Voters can also go to their voter page at https://mvp.sos.ga.gov/. The sample ballot on that page will still incorrectly show for District 1 voters as it’ll include the District 2 council race. However, if you click “my districts and elected officials” at the top, a screen will load that shows correct voting and district information.

On that screen, under city council, it’ll either say “1-LAGRANGE” or “2-LAGRANGE.” The number indicates the district, so voters that see “2-LAGRANGE” will know they are eligible to vote in the city council race.

District 1 voters will still see the city council race on their absentee ballots and when they go to the polls, whether they participate in early voting in person or Election Day voting. However, any District 1 voters that vote in the District 2 city council race will not count for that race. Every other vote on their ballot will be counted as normal.