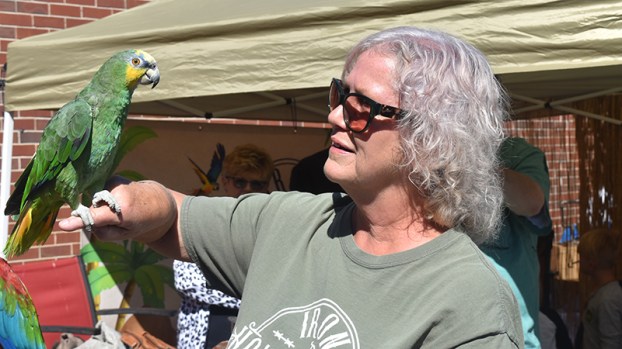 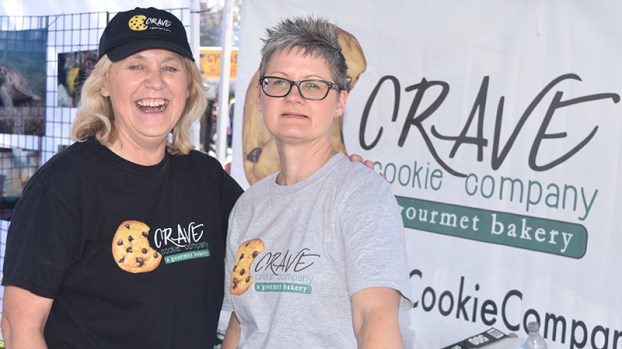 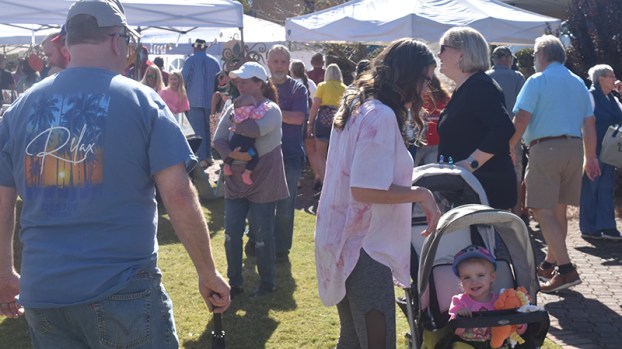 Over the weekend, the 24th annual Hummingbird Festival flew down into Downtown Hogansville for two action-packed days filled with art, food and handmade craftsmanship.

According to volunteer committee member Jason Stewart, Saturday was one of the busiest days in the history of the festival.

This year the festival had approximately 200 different vendors ranging from unique goods, delicious food, interactive art and inflatables for the little ones.

Festival goer Adrianna Dorsey said the festival is an event her family looks forward to each year.

“I love the vibes of the Hummingbird Festival,” Dorsey said. “Every year there is always something new — I’m always in awe of the things people have made with their hands.”

Ariana Sullivan, a vendor (Brush and Blossom) at the festival, said she had heard many good things about the festival and decided to check it out.

Over the years, the festival has helped pay for downtown beautification projects such as the Tower Trail and Askew Park— the latter of which was property in the downtown area that was purchased and donated to the city as green space.

One of the biggest trust projects was the purchase of the former PNC Bank building. This purchase allowed the city to move its city hall out of the historic Royal Theatre and into a building of its own.

Stewart said this year the funds from the festival will go to renovating the old PNC building and paying off a loan from the USDA that helped initially buy the former bank.

“The bank building had to be completely redone to accommodate going from a former bank building to City Hall,” Stewart said. “Over the last couple of years, that’s where the money went toward —also toward debt service on a USDA loan that the city had to pay for the building.”

Stewart said he thinks next year, the festival will turn its attention towards helping the city renovate the historic Royal Theatre.

“The city is in the process of restoring the Royal Theatre and there’s already been a good bit of money raised for that, but there are still additional funds that need to be raised.”

Stewart said he feels this year’s festival went well and all the vendors did well.

“The weather was great— one of the best weather weekends we’ve ever had for the festival and all the vendors when they were checking out were really pleased,” Stewart said. “Each year is always a good festival, but this one seems to be one of the top ones.”

Stewart said the projected dates for the 2023 Hummingbird Festival will be Oct. 21 – 22.