Back from a bye: Troup is ready for the home stretch of the regular season 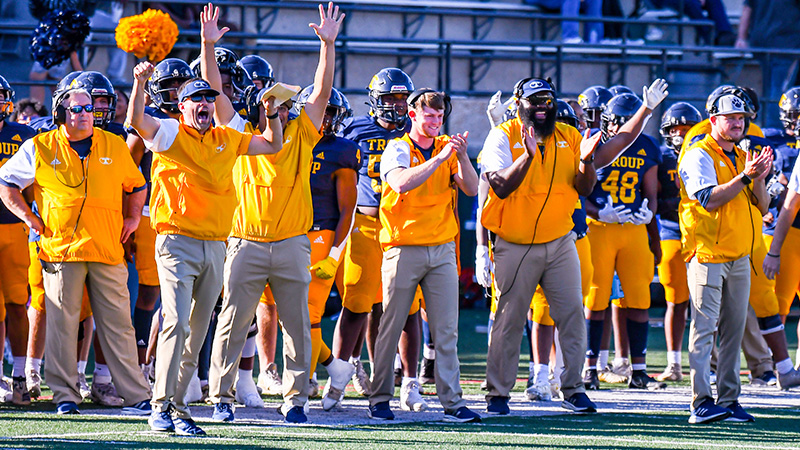 No. 4 ranked Troup is coming off its bye week raring and ready to go. The Tigers are set for a date with Fayette County on Friday as the Tigers hit the road for the final time in the 2022 regular season.

“We are locked in and ready to go,” Troup coach Tanner Glisson said. “We have been pretty healthy throughout the season, so it will be interesting to see how we handle the bye and make sure we don’t get rusty.”

“The next three weeks are very important for very different reasons,” Glisson said. “If we beat Fayette County, we clinch a playoff spot. If we win that game we’ll play Trinity Christian for the region championship and then the rivalry game against LaGrange at the end of the year.”

The Tigers are led by their do-it-all quarterback Taeo Todd, who might just be the favorite to win AAAA state player of the year. Todd has 1043 yards passing and has 931 yards rushing. He has run for 14 touchdowns and thrown for 12 as well.

He is not alone in the skilled position department as Qua Moss has been the breakout player for the Tigers this season. He is another do-it-all type player as he is the teams no. 1 wide receiver, punt/kicker returner and is one of the team’s starting cornerbacks. Moss leads the team with 17 receptions for 481 yards and five receiving touchdowns while also registering 30 tackles and an interception.

The Tigers have an incredible class of 2024 on their roster. Noah Dixon is the team’s four star safety on the back end and has registered 49 tackles this season. He often finds himself with running mate Todd as the other safety. No junior on defense has shined as bright as all-state linebacker Qua Birdsong, who is having another monster season with 73 tackles, 25 tackles for a loss and six sacks.

Birdsong also has two touchdown catches on offense as he lines up as a tight end quite often on offense. The Tigers love running the Tim Tebow-style jump pass to Birdsong in goal to go situations and two-point conversion attempts.

A junior that has flown under radar, but has been heaped praise on my coaches is Longan Sinkfield, who has 12 catches for 249 yards with three touchdowns, 101 yards rushing yards on just 12 carries and two rushing touchdowns. What might be most impressive is his ability to play the quarterback position, he has connected on 8-for-9 attempts for 64 yards and a passing touchdown. Sinkfield also sees time at cornerback as well.

CJ Sands has 21 tackles and two interceptions as the team’s other lockdown cornerback.

“It’s the same story as it has been all year long, it’s about how we play,” Glisson said. “If we can continue to do the things we’ve been doing while cutting down on the turnovers and penalties, we’ll put ourselves in a good position.”

Fayette County, like the rest of region 4-AAAA, is coming into this week off a bye.

“It will be interesting to see how everybody deals with that,” Glisson said. “Some people might deal with it differently depending on what the schedule of their team is at the moment.”

The game will be played at 7:30 p.m at Fayette County.