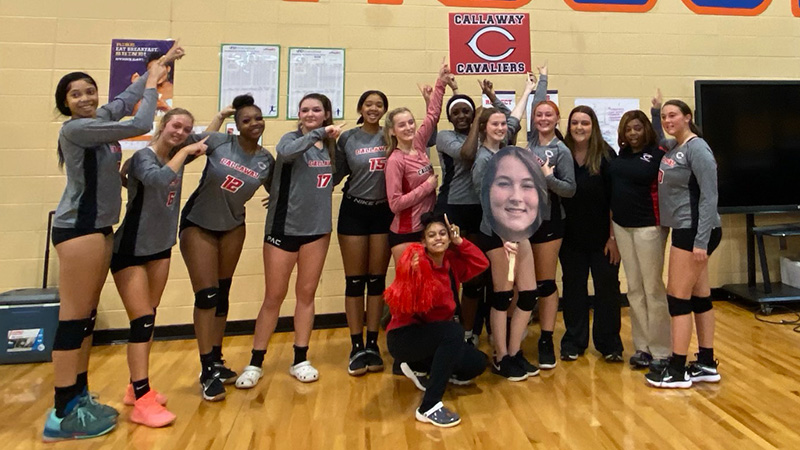 The Callaway volleyball team is advancing to the round of 16 after a four set victory over Central Macon on Wednesday. The Cavaliers entered the playoffs as a third seed and had to travel to open the playoffs but showed no signs of the away crowd getting to them.

The Cavaliers edged Central Macon in the first set 25-20 and dominated the second set 25-11. The Charges battled back and took the third set 25-22. Callaway showed its moxie and closed out the match with a 25-21 victory in the fourth and final set.

Lacy Thomas led the frontline with 10 kills and 12 blocks. Amoria McFarlin had six kills and six blocks. Blair Littlefield had 10 aces. Tristain Bussey was the setter on the night and was steller with six successful setter attacks.

The Cavaliers have not won a playoff match since 2019 which was also the last season they made the playoffs. First year head coach Shelby Goins has led a changing of the guard for Callaway volleyball and a new era was ushered in this season.

Callaway will be heading to Augusta on Saturday to take on Davidson Fine Arts in the round of 16.