Fighting for the playoffs: LaGrange looks to boost playoff hopes with a win on Thursday 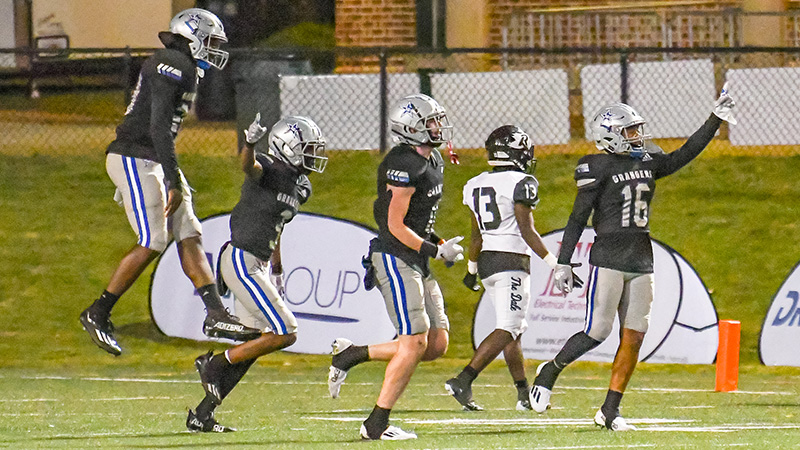 It might just be the most important week of the season for the LaGrange football team as a loss to Trinity Christian on Friday would have the Grangers on the brink of playoff elimination while a win would send them right back into the hunt.

“They have talented players all over the field and on both sides of the ball,” LaGrange coach Matt Napier said. “They have been extremely impressive defensively and have a good plan in all three phases of the game.”

Trinity Christian comes into the game ranked eighth in AAAA and are in fine form as the Lions have won their last five games including key region wins over Starr’s Mill and Whitewater. The Lions are tied atop the region 4-AAAA standings and have eyes on winning a region title. Trinity Christian is coming off a state title in the A classification and moved up to AAAA for a new challenge and have risen to the occasion so far.

“They decided to play in AAAA, and we haven’t played them before,” Napier said. “This will be the first meeting between LaGrange and Trinity.”

LaGrange will be looking to take off business on Friday, but it will be far from easy. The Grangers will be heading to Sharpsburg on Friday to take on the Lions in their home den.

The Grangers will be looking to pick up where they left off before last week’s bye. LaGrange beat Riverdale before rolling over North Clayton to improve its region record to 2-2.

The Grangers will once again be relying on the senior trio of AJ Tucker, Magic Johnson and Jaylan Brown on offense.

Brown has been the leader and the heartbeat of the offense this season. He has thrown for 1,127 yards and 11 touchdowns while adding 145 yards on the ground with eight rushing touchdowns.

Brown’s connection with Johnson is something special. Johnson leads the Grangers in all three major receiving categories — receptions, yards and touchdowns. He currently has 27 receptions for 521 yards and five rushing touchdowns.

With the absence of Malachi Fannin-Render in the running room, it has been Tucker who has had to fill the void. The senior was banged up to start the season as was spending a good bit of time at linebacker. Now, he is back in the starting running back role. He has 46 carries for 470 yards and seven touchdowns.

One of the keys to victory for the Grangers: not turning the ball over. That starts with Brown, who handles the ball nearly every snap offensively for LaGrange. He has just one interception and three fumbles on the season as he rarely puts the ball in danger.

After two straight losses to Starr’s Mill and Whitewater by one score each, the Grangers bounced back with wins over Riverdale and North Clayton. This sort of response is something that Grangers can build on heading into the final three regular season games.

“We haven’t been phased or even flinched in the face of adversity,” Napier said. “We haven’t been perfect, but our guys have always bounced back. We are looking for more of that. We need our guys to come out and play with great energy and effort early.”

Kickoff is set for 7:30 p.m on Friday at Trinity Christian’s home stadium. A loss would put the Grangers at the mercy of other teams in the region when it comes to their playoff hopes.

“Our expectations are to go the playoffs,” Napier said. “I want to see improvement each week and get better. We have a really good football team.”